The Ha Giang region (pronounced Ah-Ziang) is considered by many to be the most beautiful place in all of Vietnam… but it’s only the off-the-beaten-path travelers that make it there. The Ha Giang Northern Loop is characterized by massive karst formations over 500 million years old, thereby deeming the Dong Van Karst Plateau Geopark – located along the route – a UNESCO World Heritage Site for its important geological and cultural heritage. 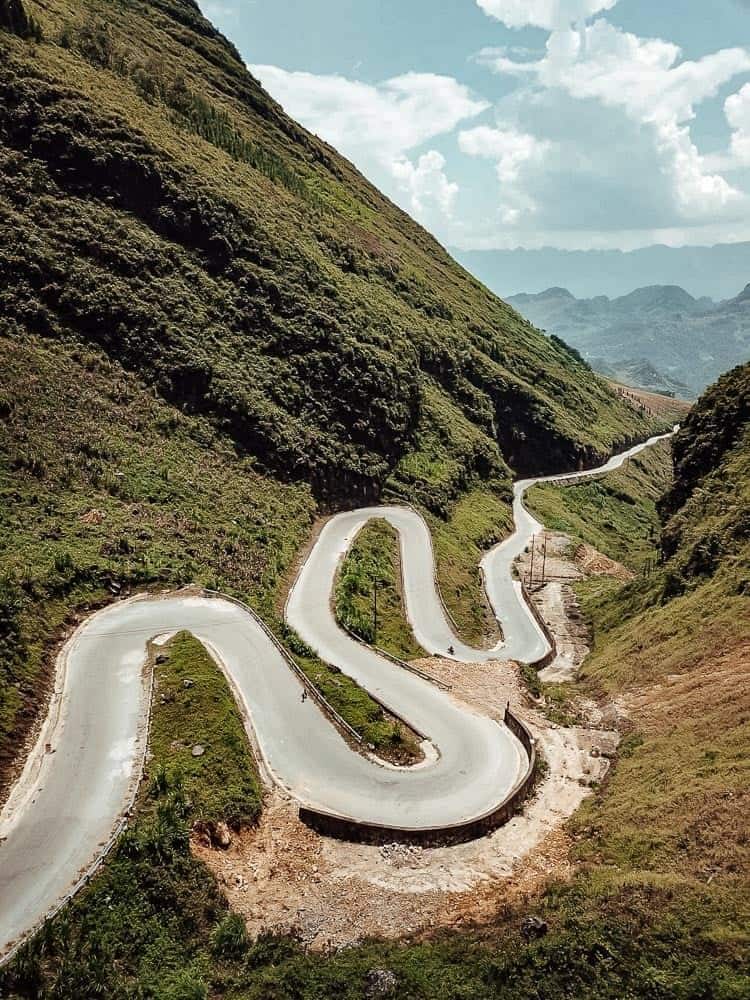 Most people, when visiting Northern Vietnam, opt to visit Sapa – a more easily accessible, commercialized area. And while Sapa is absolutely beautiful, it’s well worth the effort to reach Vietnam’s most remote region. The Ha Giang province shares a 270km border with Southern China and, in fact, much of the landscapes we witnessed on the Ha Giang Northern Loop Trail were technically in China. 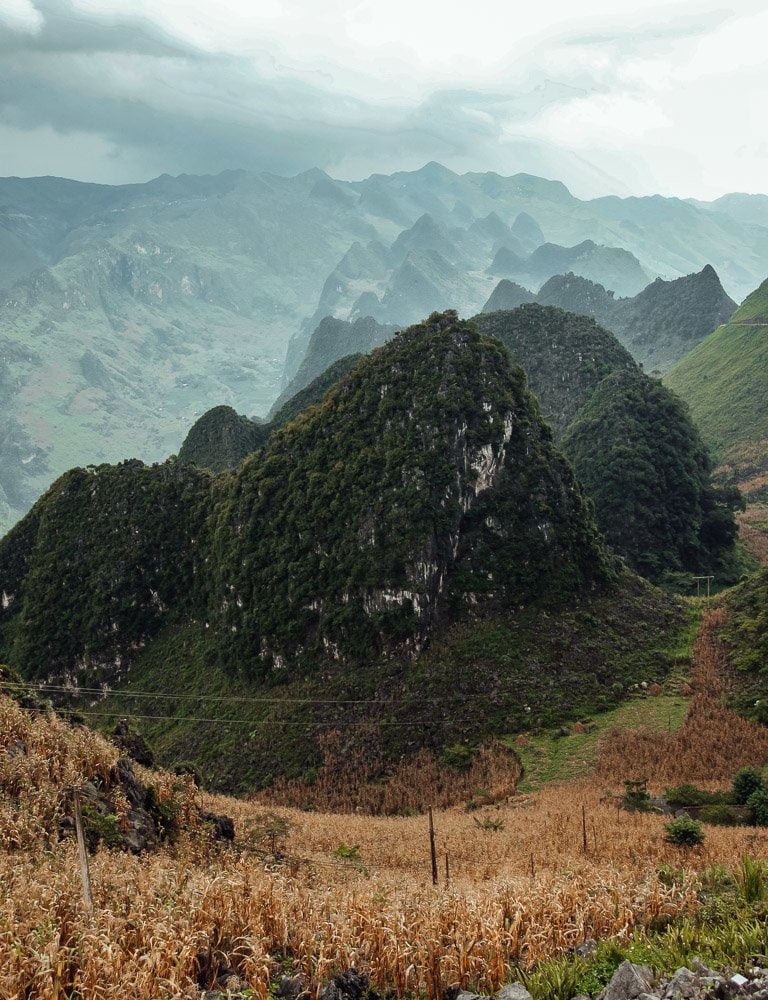 When I first started researching the area, I wasn’t exactly sure just how to get to Ha Giang. While traveling through Vietnam, however, I learned of how incredible their sleeper busses were (throughout the whole country). Needless to say, it’s a heck of a lot easier to reach than I had originally thought – simply hop on a sleeper bus from Hanoi to Ha Giang.

For about $9, you can travel the 310km North in just 7-8 hours. The best way to book your seat is to have your accommodation make the reservation, as they will arrange for the bus to pick you up directly from their lobby. While there is a bus during the day, I highly recommend taking the overnight bus from Hanoi at 9pm that arrives in Ha Giang around 4am (we arrived at 3:30am) so that you don’t waste an entire day getting to the region. 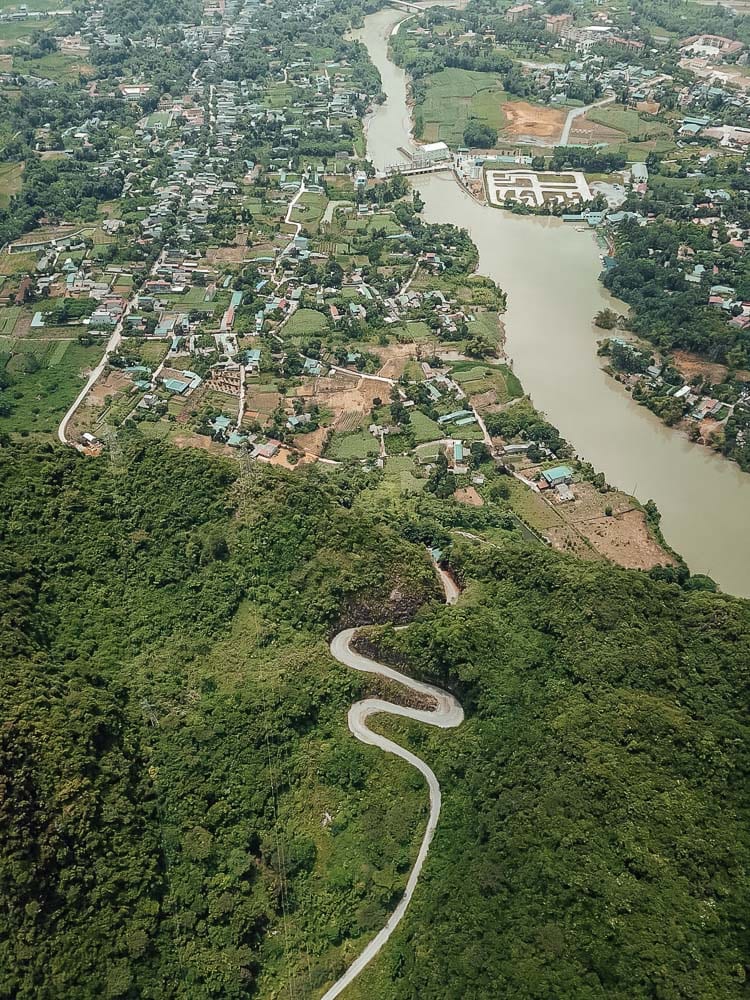 If you’ve arranged a tour (be it via car or motorbike), the company will typically then let you crash at their homestay until it’s a more reasonable hour. Spend a day relaxing in Ha Giang before setting off to drive or ride the Ha Giang Northern Loop Trail. Be sure to pack…

The Ha Giang region is completely untouched by mass tourism and, thus, remains very traditional. In fact, 90% of the population remains ethnic Vietnamese minorities. Due to the mountainous landscape, Ha Giang remains one of the poorest provinces in Vietnam, as they cannot rely on agricultural development like its other regions. Because of this, you will find very modest homestays and local meals throughout your journey.

Of course, this can be extended as long as you’d like. One could easily spend a week simply exploring the region with no plan in sight, following wherever the road might lead. This is just an example of the fastest way that you can complete the Ha Giang Northern Loop Trail. Expect to hear more honking than ever before – with each twist and turn of the road, drivers will honk to ensure their safety as they complete each hairpin turn. While it is incredibly annoying, take solace in knowing that it’s a safety measure due to the poor visibility around each of the many bends in the road. 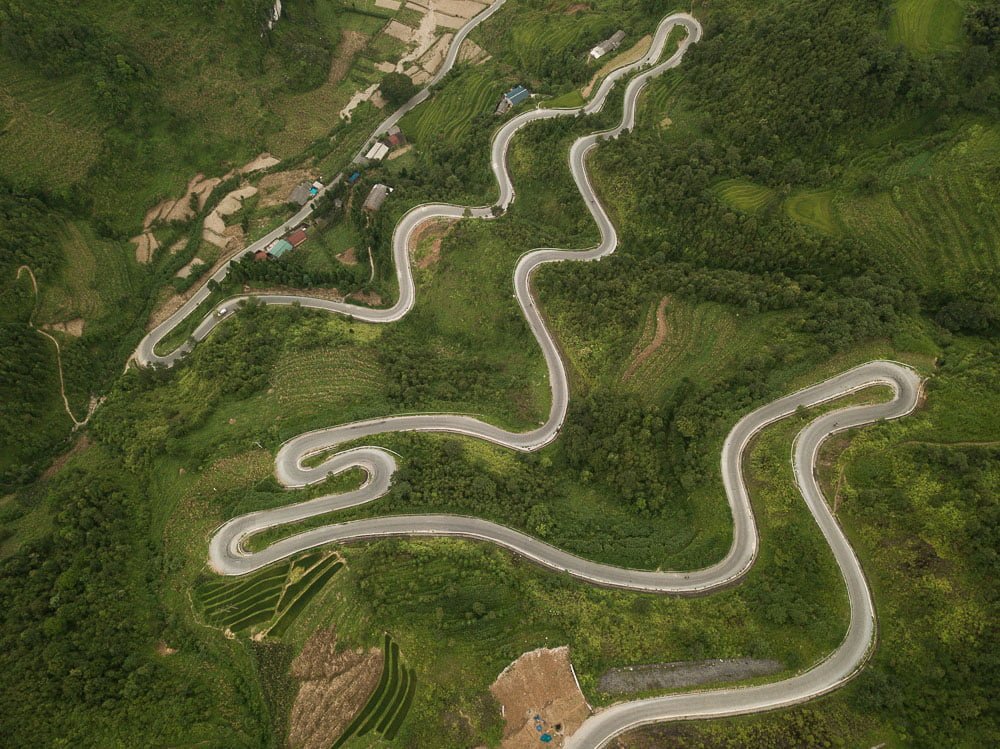 As it’s difficult to describe in detail each incredible mountain we saw (they were everywhere), plan to see these highlights:

Heaven’s Gate is located about 1,500 meters above sea level and overlooks the stunning views of the Quan Ba Valley. You can climb up a wooded set of steps which opens up to an abandoned house with sweeping views of the terraced fields and limestone karsts. In 1939, the French actually built a stone wall and wooden gate 150cm thick to prevent people from accessing the Dong Van plateau. While there are no remnants of the former wall and gate, today you will find a cute little café that offers a great viewpoint of the windy roads and valley below. 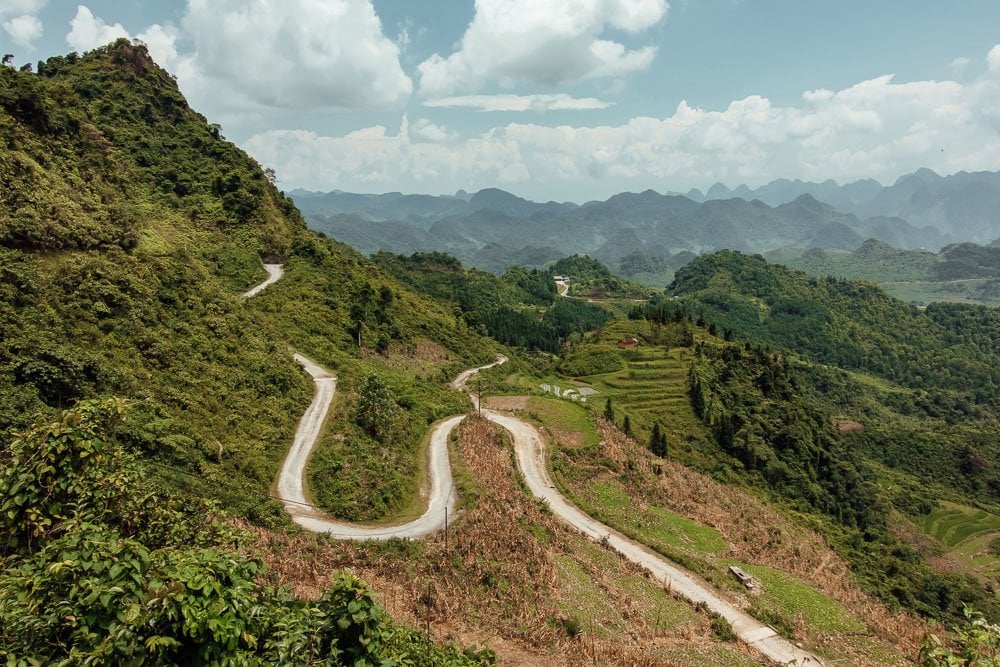 The Fairy Mountains of Tam Son.

Within the Quan Ba Valley, you’ll see the Twin Mountains (Co Tien Mountain)…a pair of hills commonly referred to as a pair of breasts. Legend has it that a fairy once fell in love with a human who lived in the Quan Ba Valley. They started a family and had children, but it didn’t take long before the gods found out that she had created life with a man and forced her to leave. Worried about what might happen to her kids, she cut off her breasts and left them on the land so that they would always be nourished. Today, the locals believe that their lush vegetation is due to the magical fairy milk coming from her breasts-turned-to-mountains. Hey, it looks like a beautiful valley to me so whatever works, right? 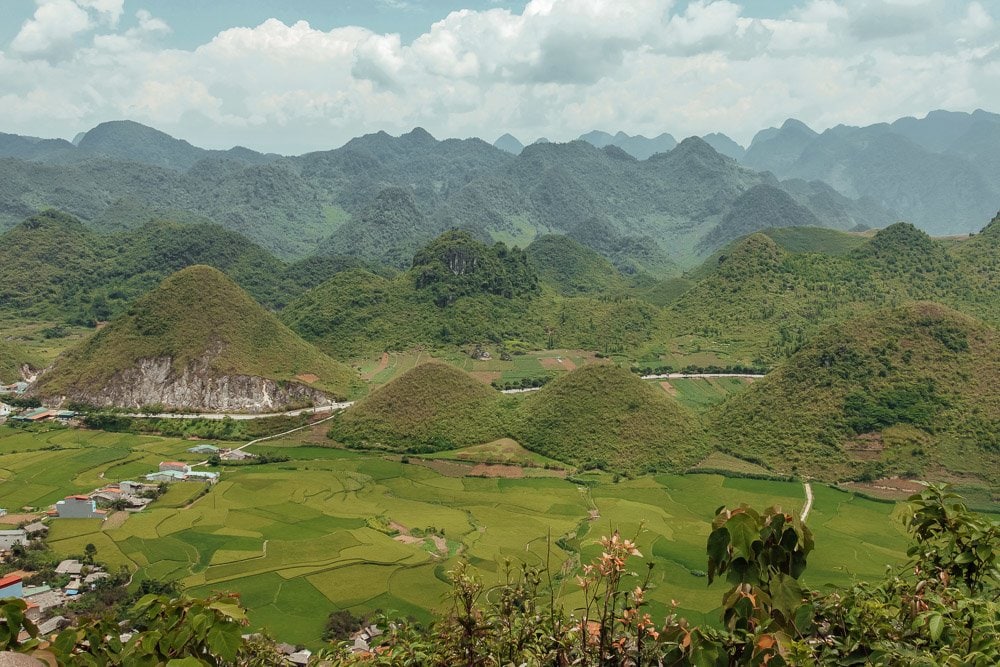 Plan to go up Don Cao Fortress for sunset in Dong Van, as it offers the most stunning 360 degree views of the surrounding areas. It takes about 15 minutes to climb and is so worth it! After the occupation of 1887, the French built military buildings to rule over the town and shut down the resistance movements by the local Vietnamese. Or so they thought. From 1903 to 1905 the French army was repeatedly attacked by the Hmong uprising leader. This resulted in the creation of Don Cao Fortress in 1925, consisting of a lower bunker and upper bunker with 97 steps. 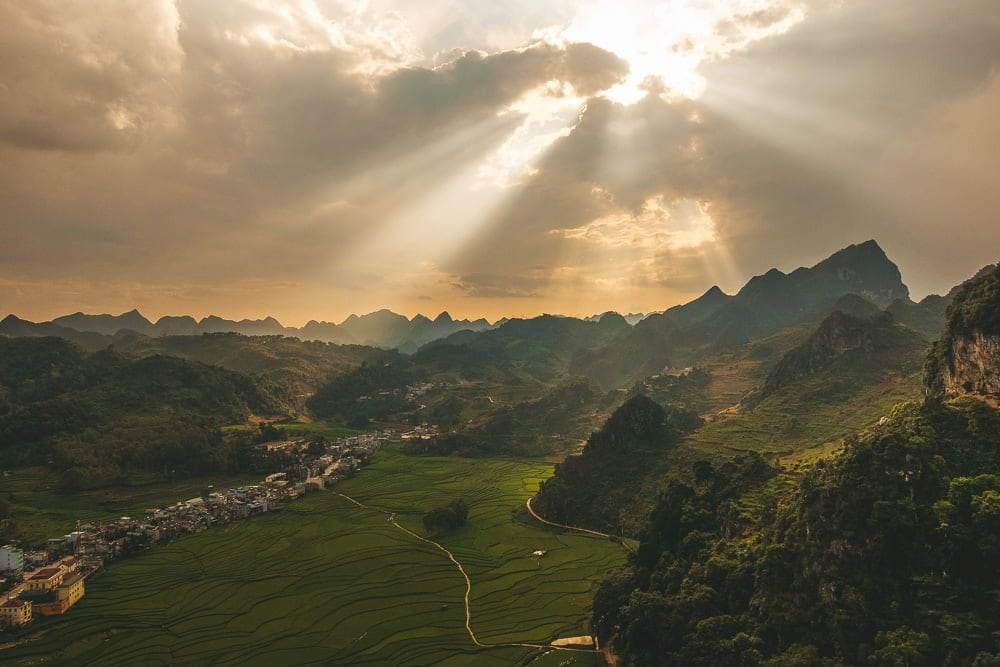 While the Lung Cu Flag Tower was definitely out of the way from the loop, it does bring you within 50 meters from the Chinese border. The road to the tower was super windy but ultimately opened up to reveal the 52sq meter Vietnamese flag flying high atop a hill. This is the northernmost point in Vietnam. 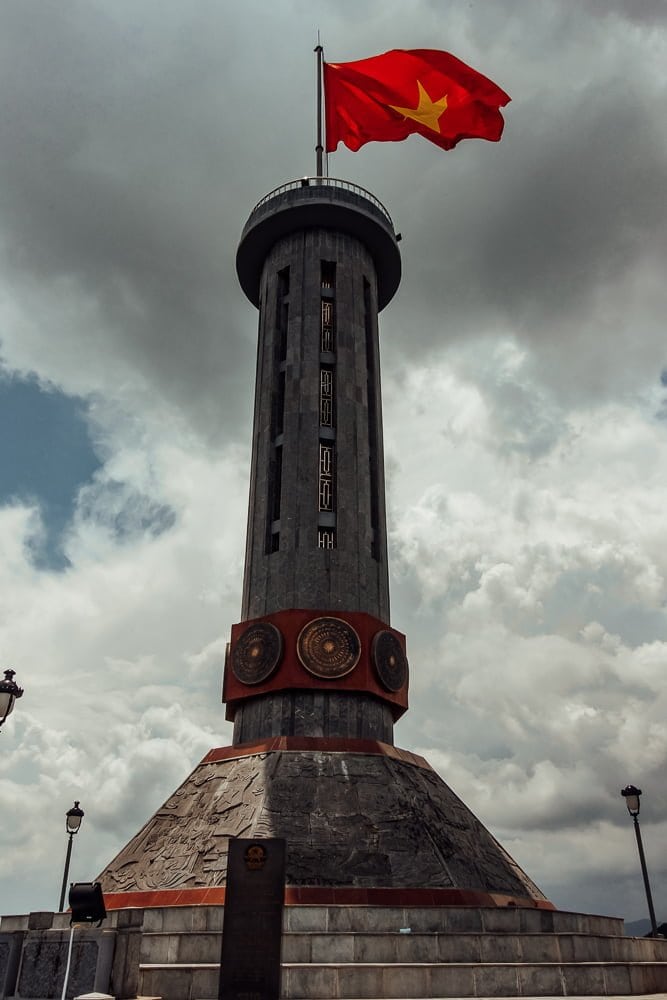 The Ma Pi Leng Pass is simultaneously one of the most stunning and terrifying drives in Vietnam. The road cuts deep into the sides of the mountains, with a sheer cliff drop on the other side of the small guardrail. 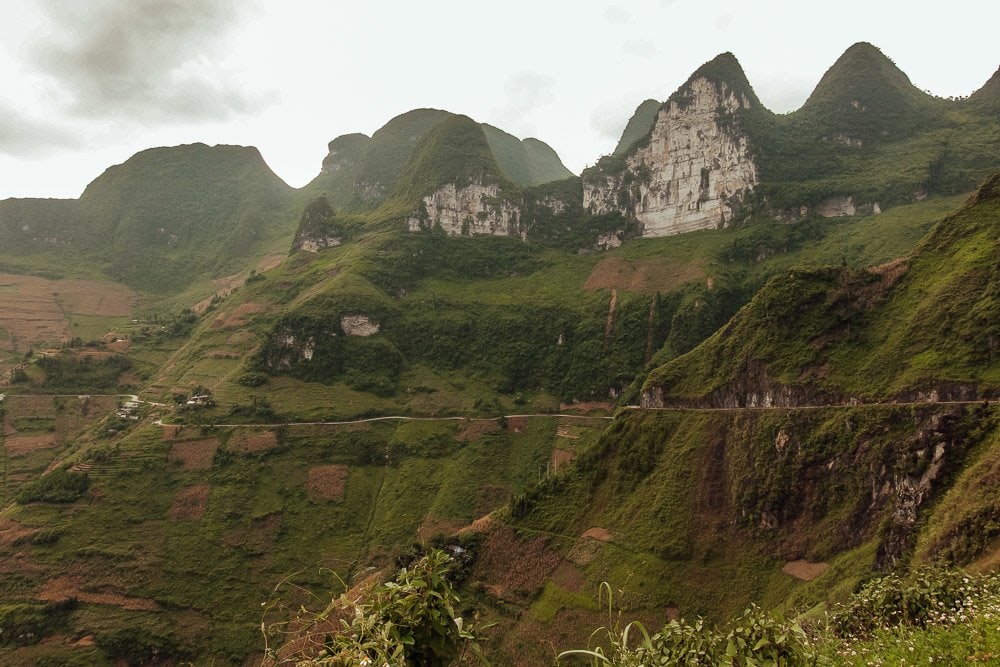 There are numerous places where you’ll see loose rock from landslides, broken guardrails, and bumpy roads. Drive carefully as you soak in the absolutely beautiful scenery. 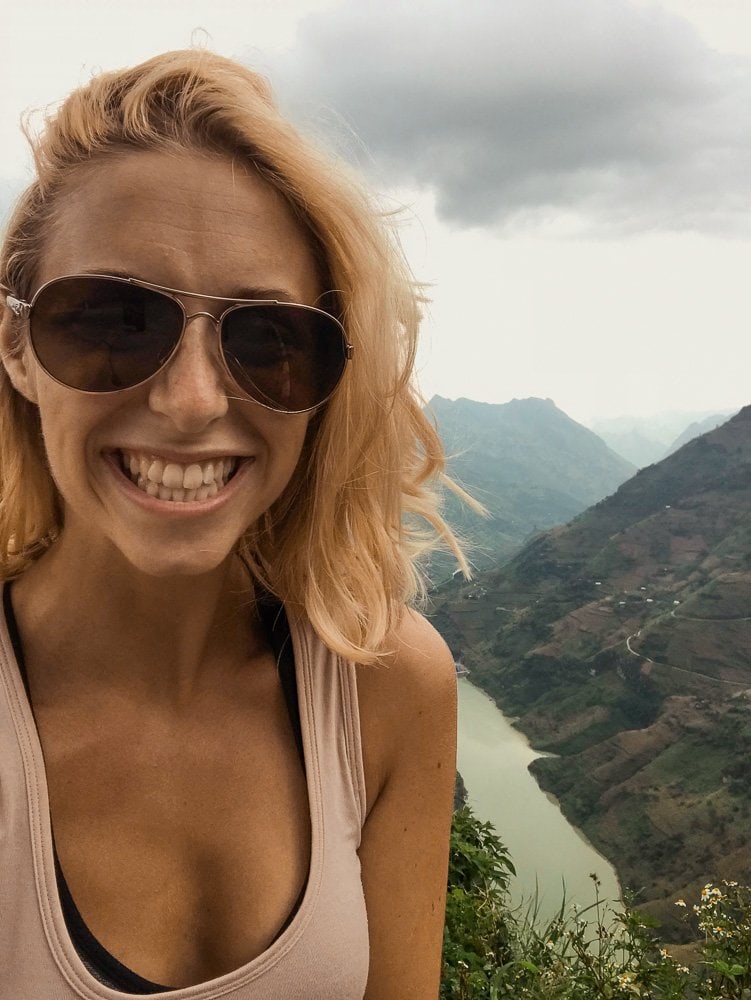 The Dong Van Karst Plateau Geopark is the general name of the region in which you’ll be visiting throughout your Ha Giang Northern Loop Trail. It’s categorized by at least 80% limestone karsts with many ancient fossils from species discovered from 400-600 million years ago. Simply put – and if you haven’t realized by now – it’s beautiful… 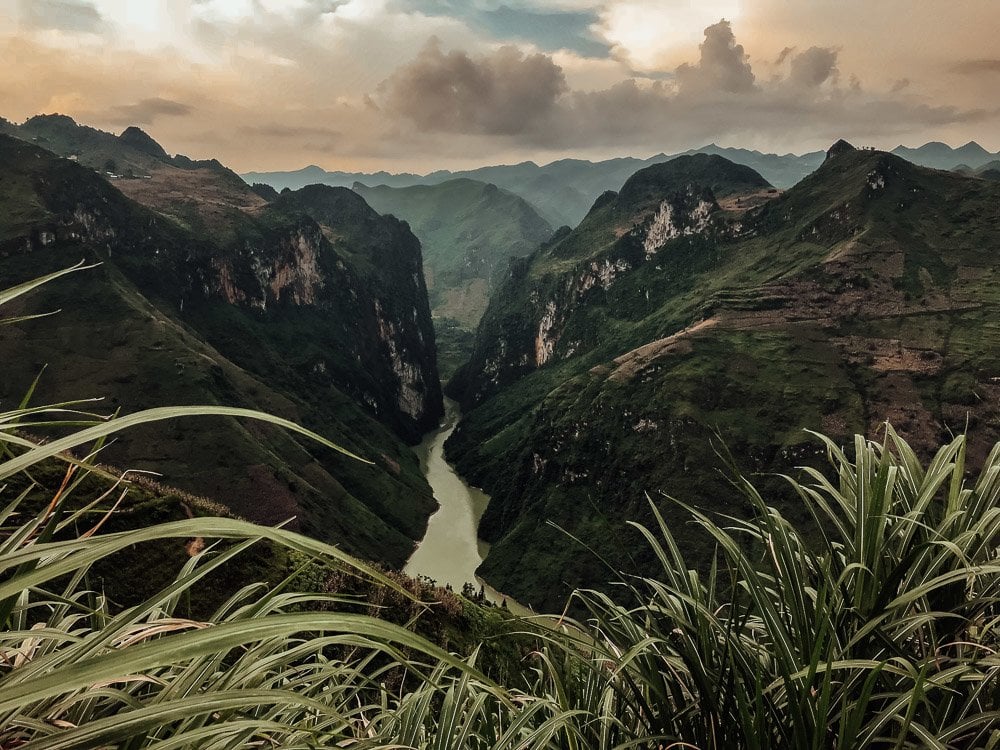 A trip to Vietnam wouldn’t be complete without visiting the Ha Giang Region. Do yourself a favor and GO! 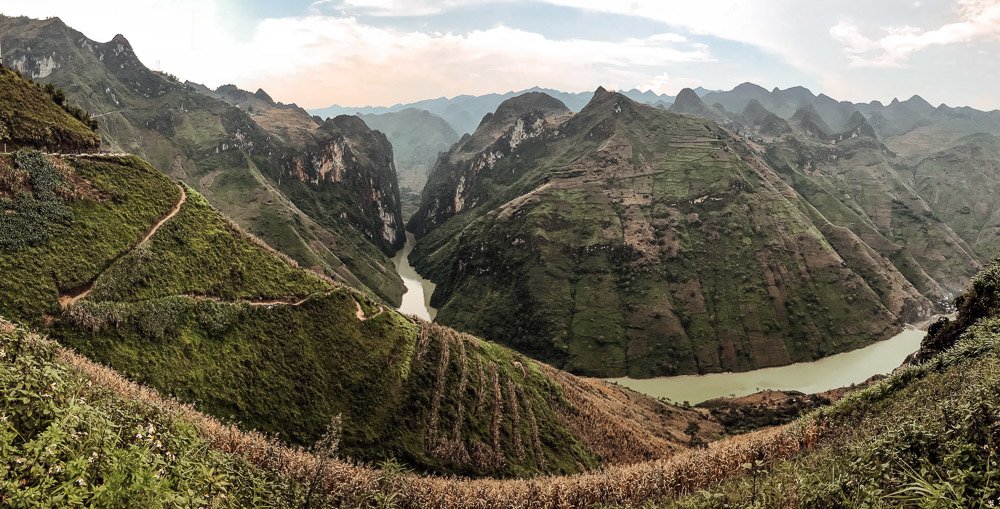 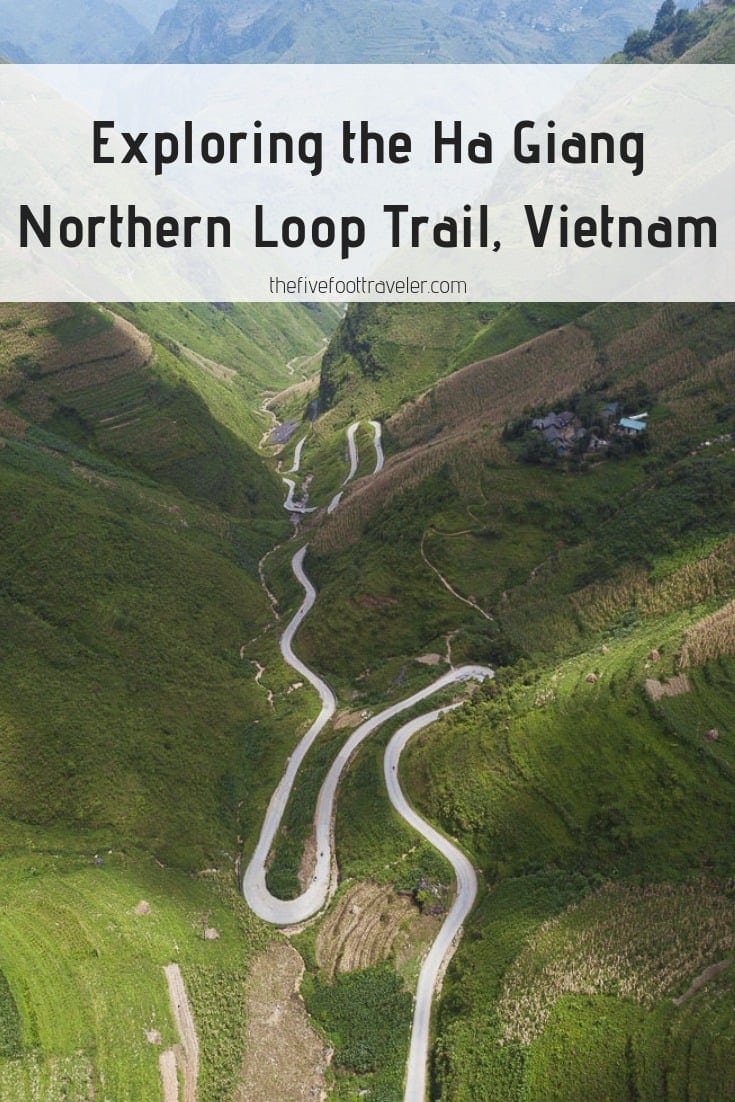