While most people associate Byron Bay with drunk backpackers, many fail to realize that Cape Byron is also an excellent spot to see wild dolphins. In fact, this marine park is said to be home to 1,500 dolphins! With that in mind, we set out on a three-hour dolphin kayak with Go Sea Kayaks in Byron Bay.

We were greeted by an extremely friendly staff, and directed to free parking about 200 meters away. The office trailer was covered in beautiful ocean murals, and the equipment was both clean and well-kept. We were psyched to see dolphins! 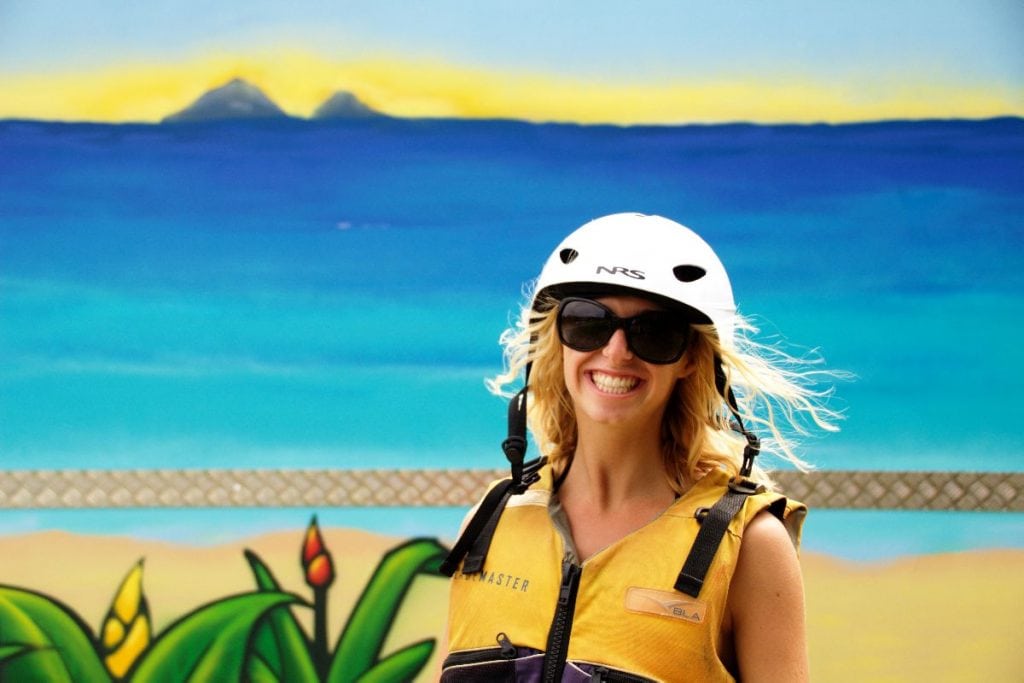 After running through some brief safety procedures, we were good to go. There was just one small problem: we had to get our kayaks through the very large wave break. How? We weren’t so sure. We followed the guides out, and you could tell by the strength of the whitewater alone that it was rough. First wave hit. BAM! I launched a foot in the air. The next thing I knew, I was thrown backwards and did a somersault off the kayak. It was funny the first time. We hopped back in against the strength of the waves. BAM! We were hit by another giant wave and off I went. Repeat this process of us flying out of the kayak seven times, and at last we made it past the wave break! Or so we thought…

In most situations, once you get past the wave break, the water mellows a bit. As it was such a process to get into the water, we then ended up having to wait over half an hour for everyone else to get past the break. The current was strong, however, so we kept drifting farther out into sea and had to continuously keep paddling closer to the wave break where our guides were. The first time, it was expected. The tenth time, it was just obnoxious. We began to lose patience as our arms started to tire — and we hadn’t even started the proper dolphin tour yet! 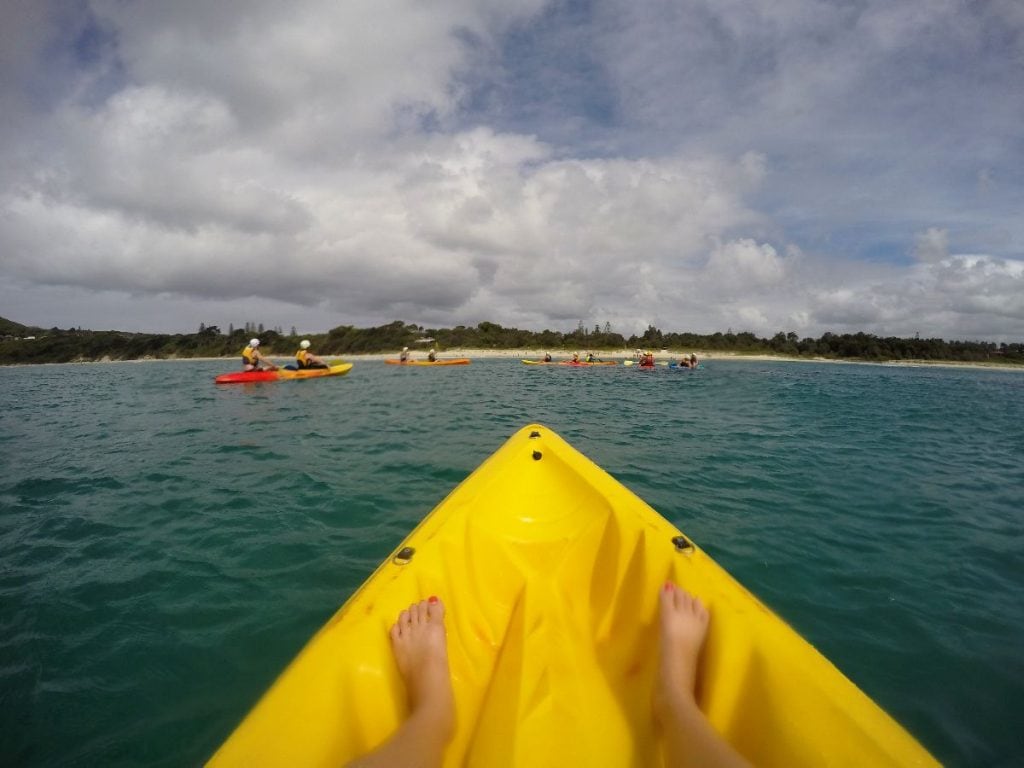 Once everyone was in the water, we began paddling to our left, against the current. With the choppy water, this proved to be extremely difficult. After about twenty more minutes of bouncing around, my friend had a bout of bad motion sickness (yes, it was that rough), and we asked to turn around. The first time we asked, she was told just to smile, put some water on her head, and let it pass. That was not the response that should ever be given if someone says they’re truly not feeling well. But, being the trooper that she is, she trudged on. This did, however, make us quite weary of the staff at Go Sea Kayaks in Byron Bay. 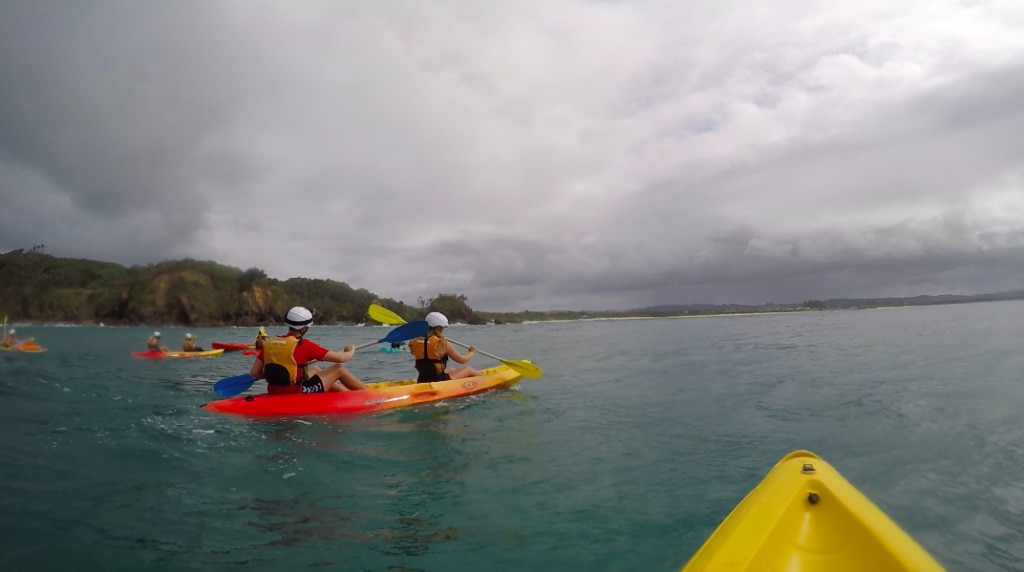 Fast forward another few minutes, and the waves were getting stronger; it was beginning to rain. We were kayaking the same waves that the surfers next to us were surfing, to put this in perspective.

Here’s the thing: Go Sea Kayaks in Byron Bay cannot control the weather or the dolphin sightings, of course. We were, however, surprised they didn’t turn us around when they realized how rough the seas were. There’s a fine, fine line between pushing your business to keep customers and bring in income, and from calling off the tour and potentially losing customers and income. While out on the water, we overheard multiple couples asking each other when we would go back to shore because it was too rough. And, due to the roughness, people starting getting hurt — it was difficult to control the kayaks, so they kept slamming into other kayaks and peoples’ limbs. The two of us were completely banged and bruised after what we thought would be a casual kayak. 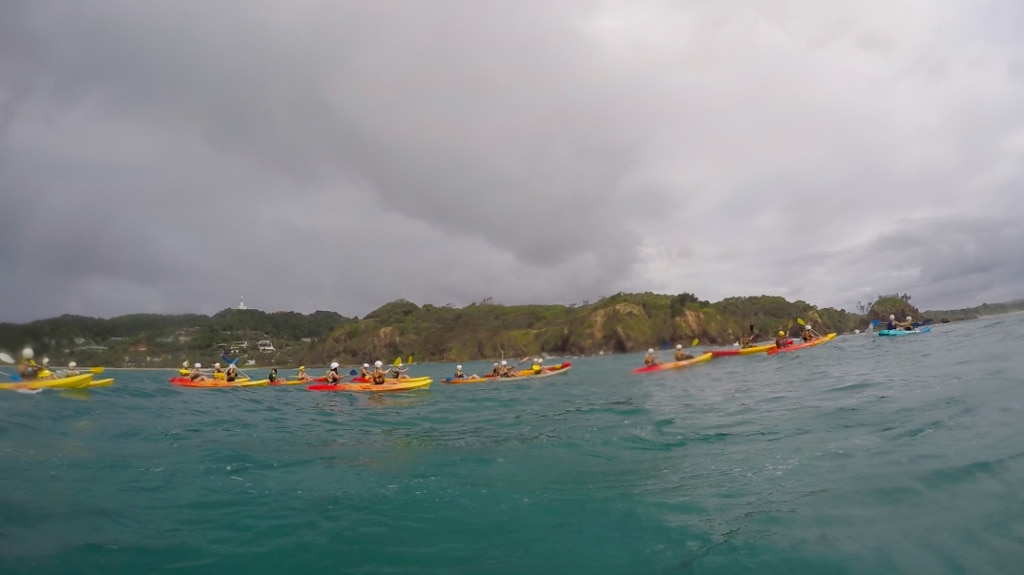 While we didn’t see an abundance of marine life as we had hoped, we saw two dolphins in the distance five minutes before heading back to shore. After all that we’d been though, seeing two fins quite far away was underwhelming.

As we were approaching the shore, my friend was at the point of delusion with her motion sickness. We told a different guide that we needed to be first in because she was about to vomit. He smiled and didn’t take her seriously in the slightest.

When we finally “surfed” into shore, she went running and collapsing on the beach for stability, and further explained how poorly she felt. The response? It was time to drag all of our gear, kayaks included, over the sand on a slight incline back to the office. I couldn’t budge the thing, and she felt unwell, so we had asked for help. One guide ignored us, and another pushed the kayak maybe three feet before telling us that we’d be fine from there. We were not fine, and we had told them multiple times that we were not fine. We never got any help and found the guides to be entirely unprofessional despite their friendly personas.

Before booking a tour with Go Sea Kayaks in Byron Bay, keep in mind the following:

5 FT Tips for if you do decide to use Go Sea Kayaks in Byron Bay:

Keep these in mind when booking your sea kayaking adventure. If you’re comfortable with a rough ocean and the possibility of not seeing dolphins, but just want the experience, go for it! 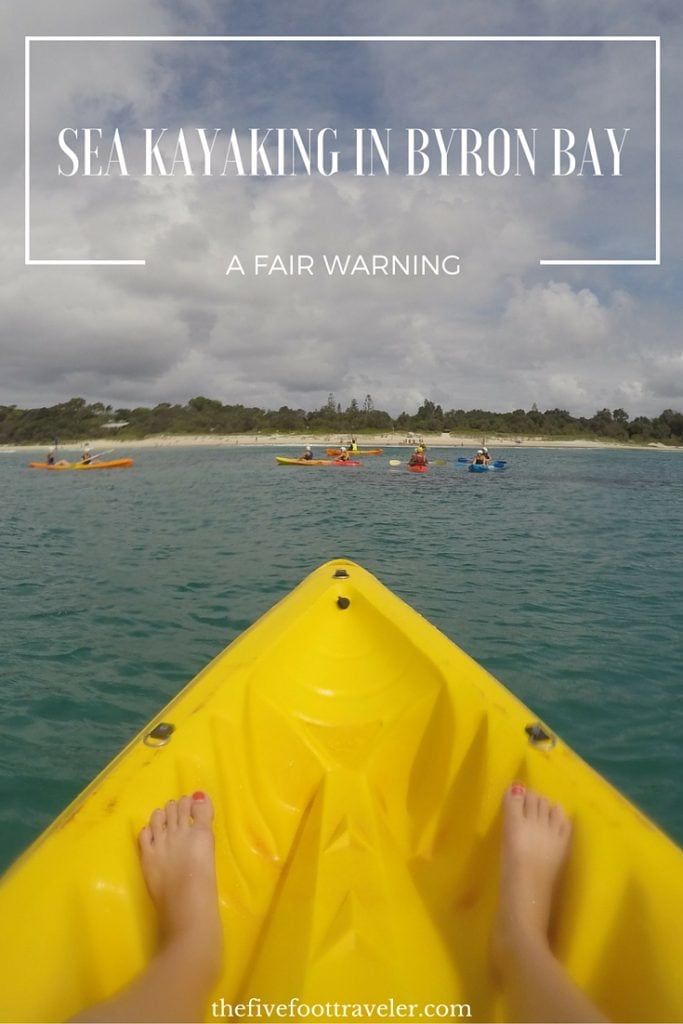