There are few places in the world, if any, with as much history as Athens. Arguably inhabited between 5000 BCE and 7000 BCE, this city has withstood war, natural disasters…and floods of tourists. Thinking of Athens, people probably picture ancient buildings, Greek gods, statues and a way of life very much different to our own today. 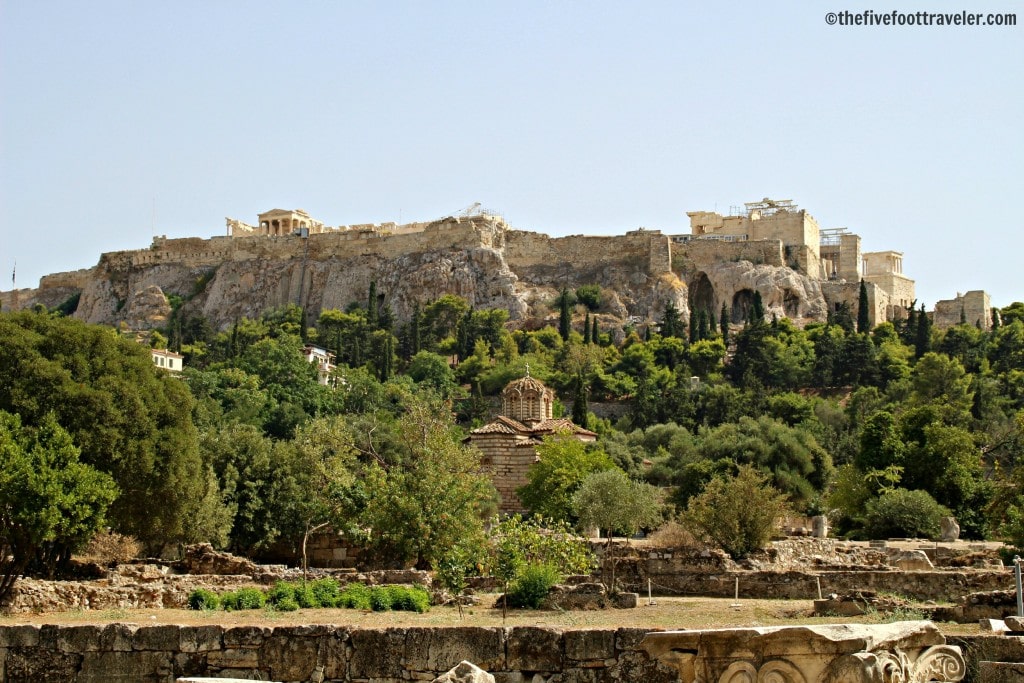 More recently, Athens is a booming city with rows of endless buildings, shopping malls, fancy restaurants, and posh shopping areas; Athens has it all. At the very heart of the city you will find why millions of tourists flock to Athens each year.

Perched atop a massive plateau you will find the Acropolis, a collection of buildings that have withstood thousands of years of weathering. The Parthenon, a temple dedicated to Athena (and from which Athens acquired its name), is by far the most famous monument atop the Acropolis. 5FT Note: Today, the Parthenon is under repair and covered in scaffolding. 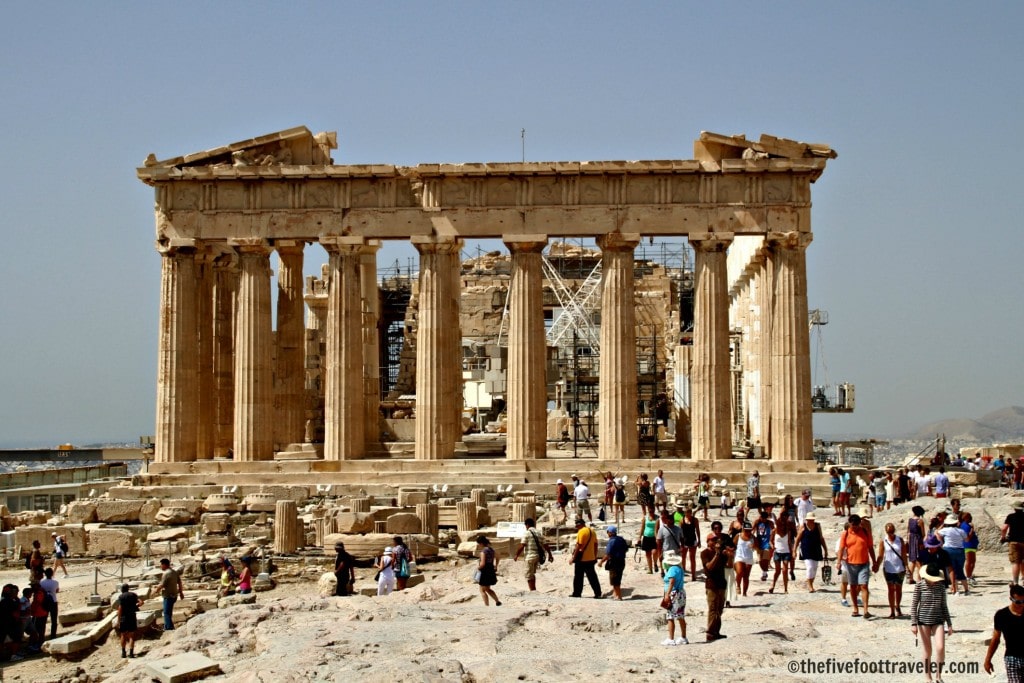 Other notable sites include: The Old Temple of Athena, Erechtheum, the Statue of Athena Promachos and more. Each building gives way to a time so far removed from ours that even still, while looking a these ancient buildings, they make you wonder. Close to the Acropolis is the Ancient Agora, Roman Forum, the Temple of Zeus Olympia, and the Temple of Hephaestus; all worth visiting and included in the Acropolis ticket price. 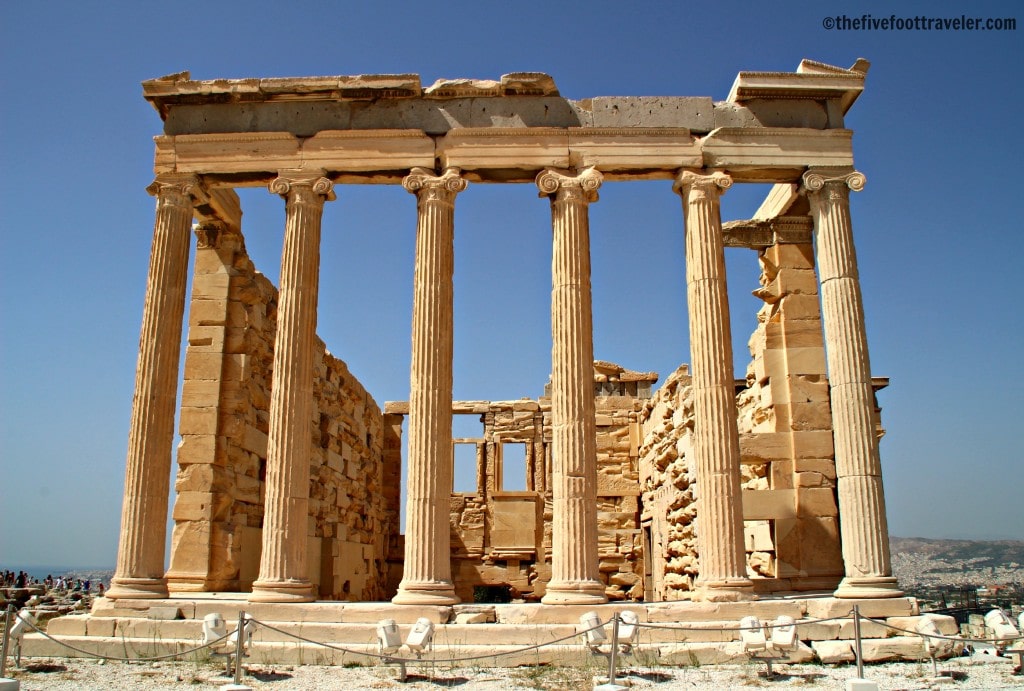 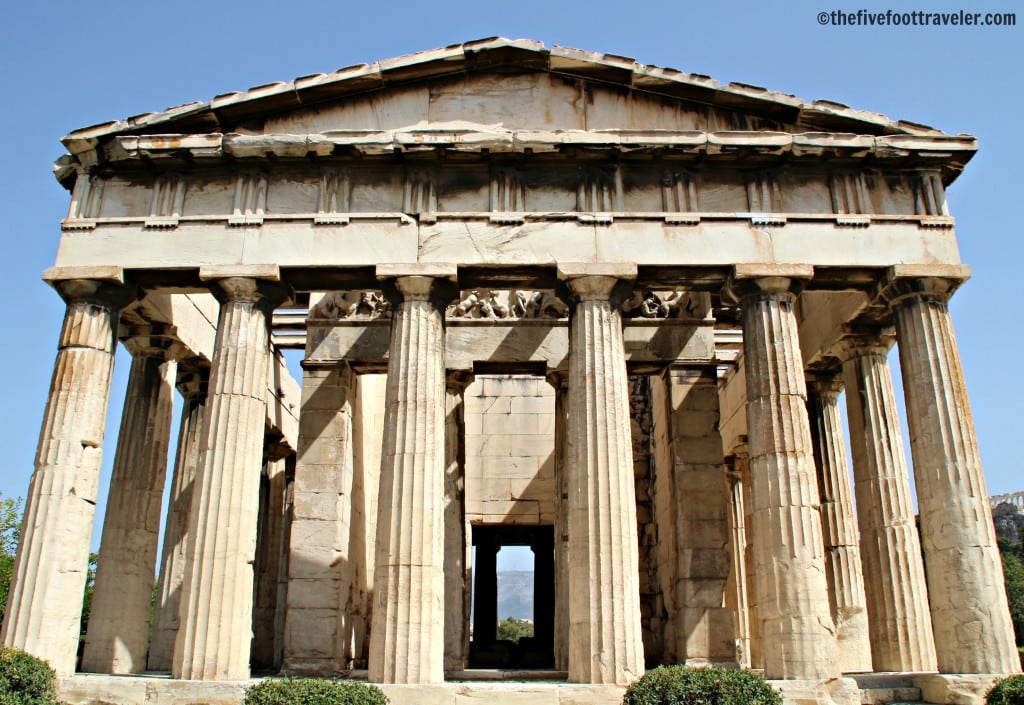 We arrived in Athens well after midnight, after taking SeaJets from Milos to the Piraeus Port. The metro stops running at midnight, so it’s important to note that you will have to take a taxi to your selected accommodation. A taxi from Piraeus Port to Athens City Center should cost roughly €30; be wary of the taxi drivers though, as they will try to charge you a far greater price.

We had arranged a reservation at Zafolia Hotel, and our taxi driver knew it immediately. Upon arriving, we knew why: Zafolia stands tall and shines bright over the street it resides on and, upon entering, you will realize why it is a 4-star hotel. There is a grand, tiled entrance with a seating area and bar on one side, and reception on the other. In the middle of the room is an ATM should you need to safely withdraw money, which is always appreciated. The staff was as friendly as I would expect from an establishment such as Zafolia Hotel. We were met with warm smiles and full instruction for the hotels proceedings. 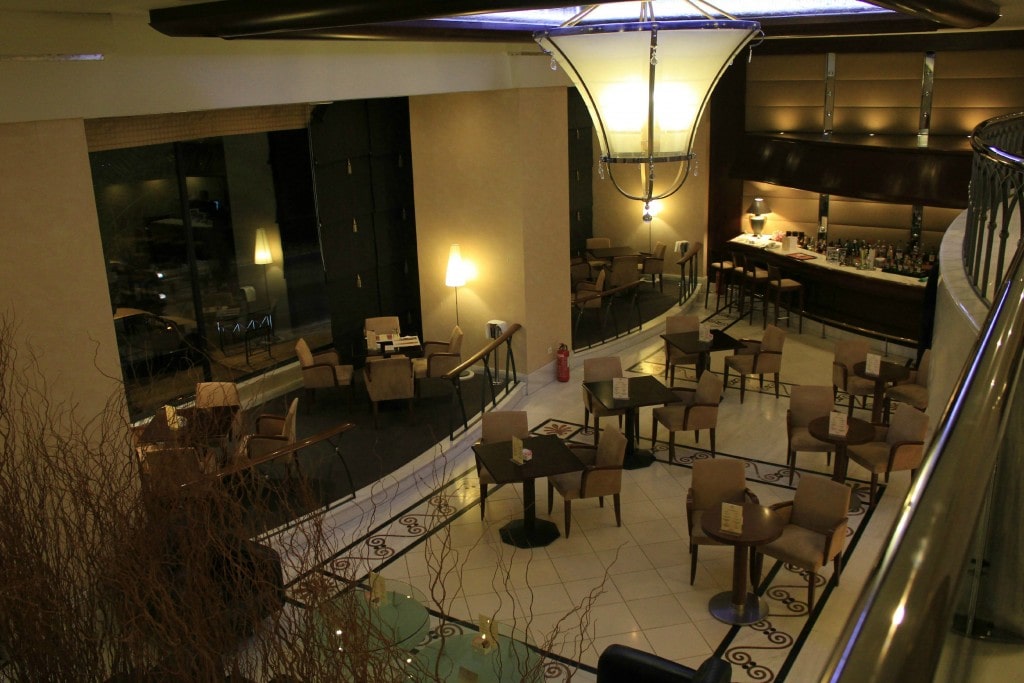 Traveling up to our room also exposed an added feature I have rarely ever seen: the elevator could only be used by unique key card access, which is included in your electronic room key. It is a safety feature that helps prevent any unwanted person(s) from entering. Our room was simple, but lovely. There was a large bed, desk with TV and comfortable chair; a standard hotel room set-up which leaves you with neither any surprises nor unwanted occurrences. The bathroom was also what you would want and expect of a hotel with quality. 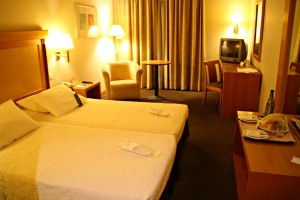 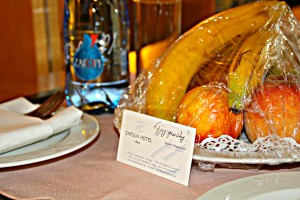 We started the following day off right when we made our way down for breakfast. The room was fit for a Greek wedding and the spread of food was equal to the size of the room. Nine tables in the hall provided any breakfast option you could want – from scrambled eggs, fried eggs, and hard boiled eggs to meats, croissants, yogurt or fruit.

With bellies full, we were ready to go explore downtown Athens and the Acropolis. From Zafolia Hotel, it was an easy fifteen minute walk to the metro. The subway fee was cheap and took you very close to where you needed to go. No matter the subway you take though, it will not spare you from the walk up the hill to the Acropolis (contrary to popular belief on the Internet, it’s an easy climb unless you are completely out of shape). From the top, you will see history before your eyes. Looking down from the Acropolis, you will also notice other interesting landmarks, such as the Ancient Agora, The Temple of Zeus Olympia and Hadrian's arch, all of which are very close in walking distance. 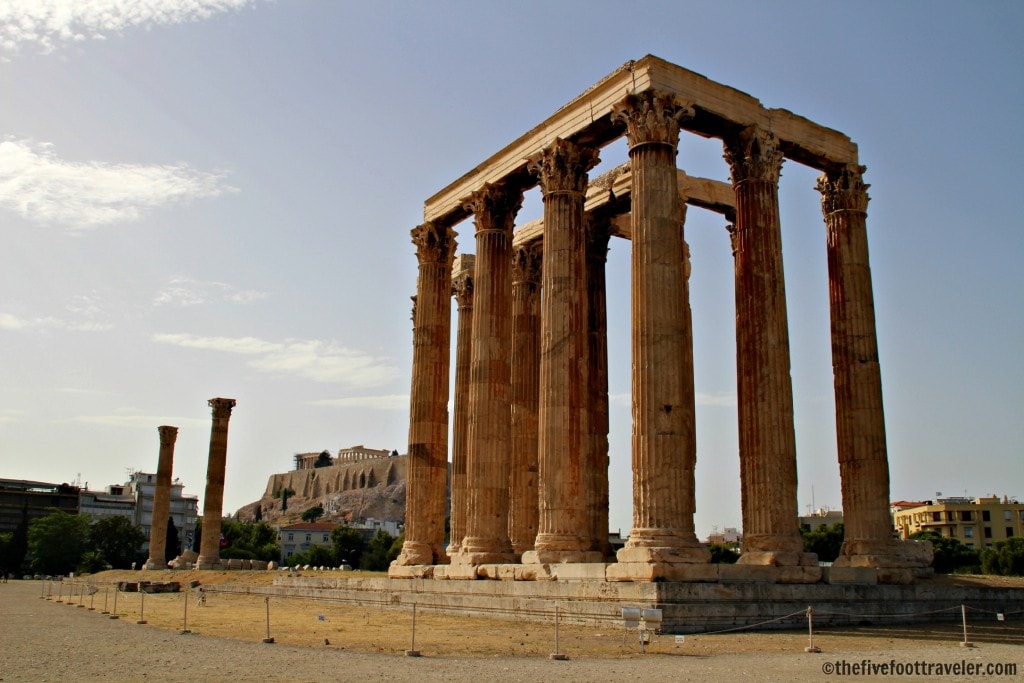 On the other side of the city is another hill, similar to the Acropolis but called Mount Lycabettus. The climb up is best done by car and, to be honest, I have no idea if a bus even goes up the mountain. Pair this drive with sunset, however, and you will have yourself a great little place to watch the sun dip behind the hills in the distance and change the colors of the sky. The view from Mount Lycabettus is definitely worth the trip and offers the only aerial view of the Acropolis. For a view of Mount Lycabettus you can either look from afar while at the Acropolis or from Zafolia Hotel, which has a great view of the hill, especially at night. We were able to take in the view at night from the Zafolia Hotel roof which is complete with fitness center, pool, poolside bar, and restaurant. 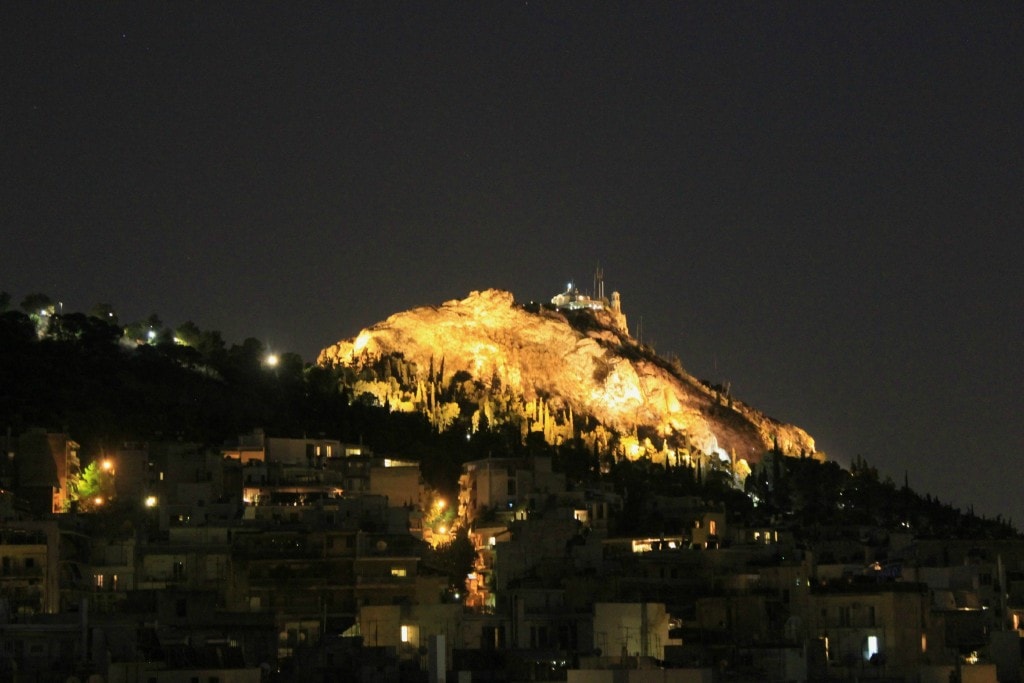 Overall, I don't think you need more than two days to explore the important aspects of Athens. The main attractions do take some time, and the most important sites (from a general touristic perspective) are arguably the Acropolis and the Temple of Zeus Olympia. If you’re staying in Athens, do stay at Zafolia Hotel. Their professionalism, quality and location make for an exceptional choice when visiting this ancient Greek city. 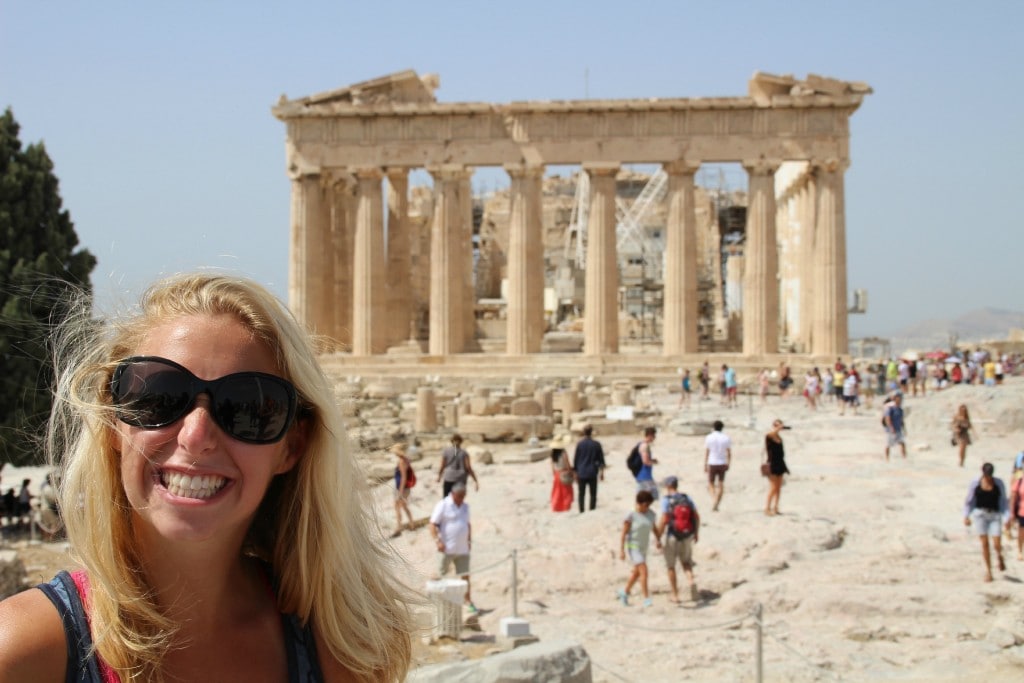 **Special thanks to Zafolia Hotel for kindly offering me a complimentary stay. As always, all opinions are my own.