Declared Etosha National Park in 1967, this game park is 22,270 km2 and home to 114 mammals (excluding buffalo). I was psyched, but worried that our rainy weather would scare away the wildlife. Etosha means “Great White Place,” named after the giant salt pan in the park. Unfortunately, we were unable to drive across the salt pan due to the rain…but, either way, we walked on it!

Over the course of four game drives, we saw everything from giraffes to zebras with babies to springbok, oryx, impala to jackals to warthogs, and beyond. 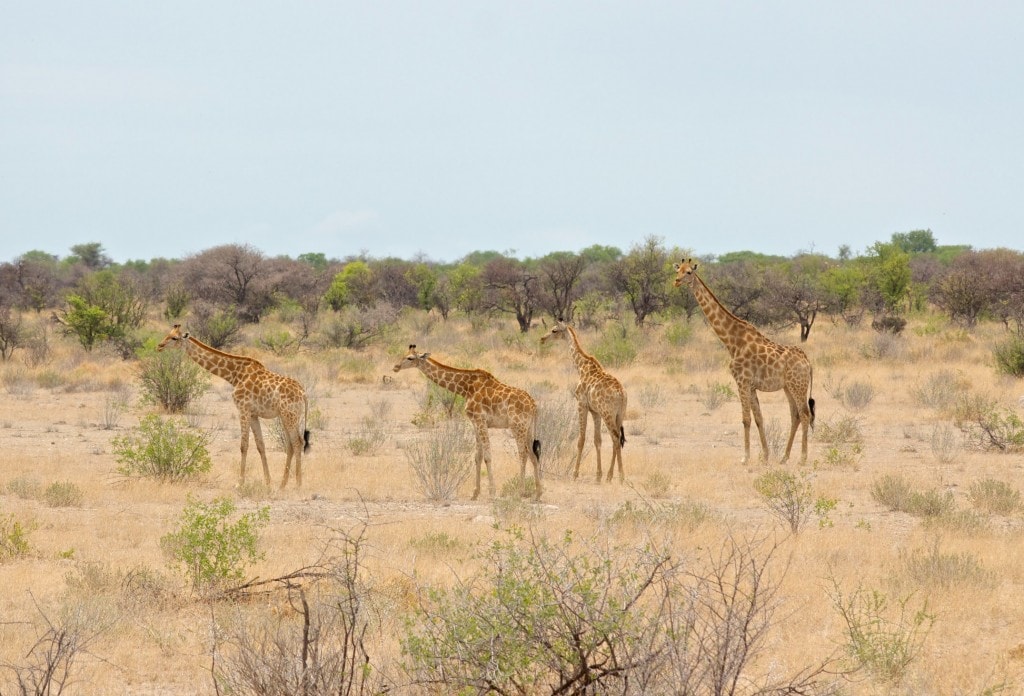 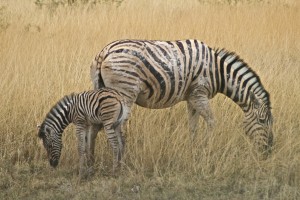 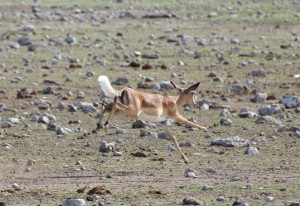 The highlights were, without a doubt, the black rhinos, cheetahs, and lions – with our first game drive being the most exciting. A few minutes in, Chris yelled, “LIONS!” and we jumped out of our seats to the windows. There was one male and one female, so we predicted that they were mating since they weren’t with their pride. Despite the fact that they were both laying down 10 m from each other, we decided to watch and see what would happen. Lo and behold, six minutes later, the female walked over to the male. She circled him, then the male bit her neck and mounted her. The whole ordeal lasted a total of about 14 seconds…and then it was done; they laid down motionless. Who knew that 14 seconds was such hard work? Let me tell you, the King of the Jungle is most definitely not the King of the Bedroom.

As we continued driving, we saw a male lion not even 10 m from our truck. He was just laying there with a majestic look on his face. The beauty of an animal that fierce astounded me, and I was so thankful to have been able to see a male lion so close. 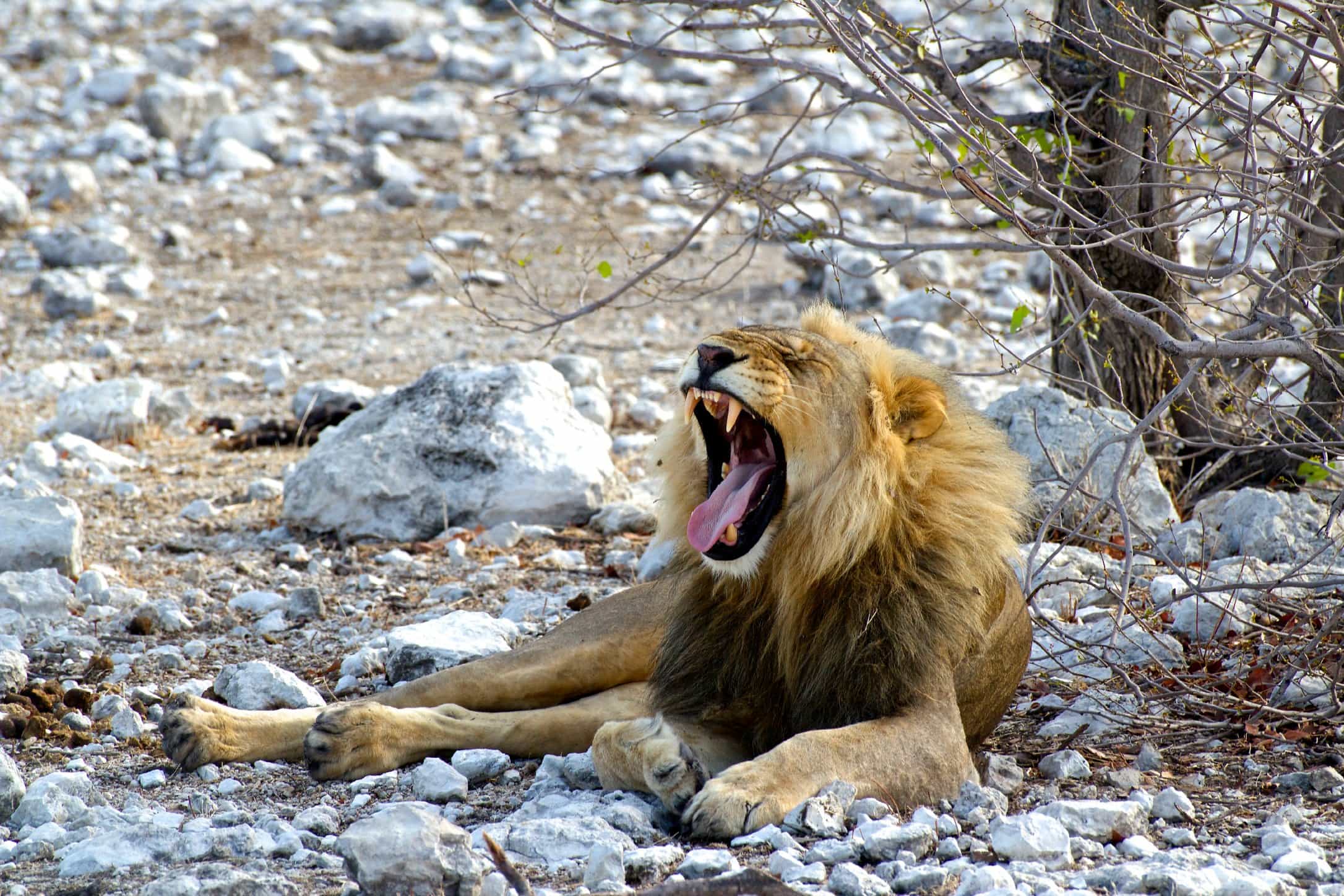 Before exiting the park, we saw a lone black rhino grazing in the setting sun. To witness yet another black rhino was the perfect ending to an enjoyable game drive. As we approached camp, the sunset was getting more and more colorful, so I ran to the sunset tower at our campsite to observe yet another brilliant sunset across the expanse of Etosha National Park. 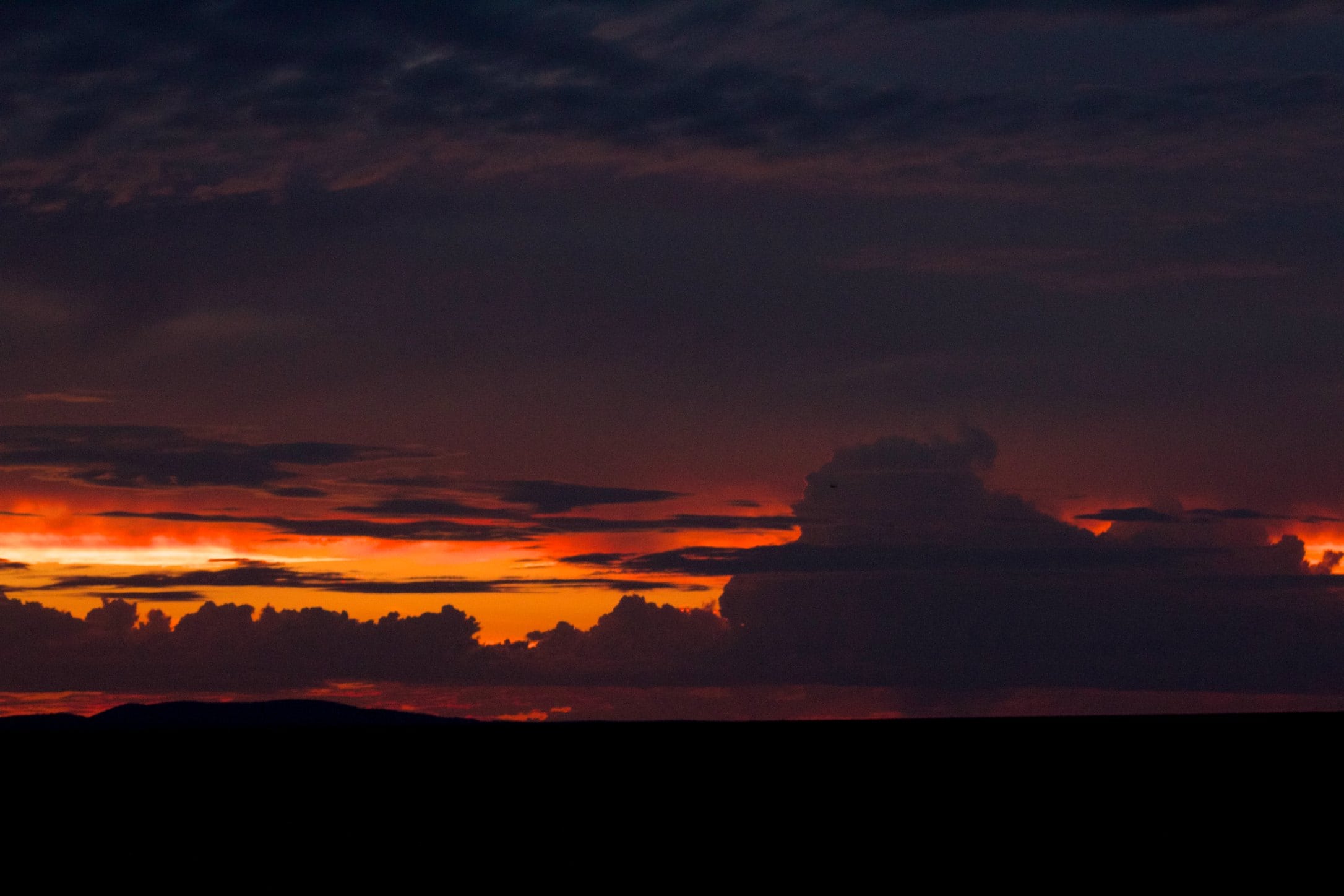 We woke up the following morning to a downpour of rain so, needless to say, packing up our tent was disgusting. Luckily, the torrential rains didn’t scare away the wildlife. Soon after we began our game drive, we spotted a pride of 10 lions! It was really something; there was one old male, one young male, and eight females. They had a kill. It was fascinating to see how easily the lions became camouflaged. When they lied down, we could barely see the tips of their ears over the grass. 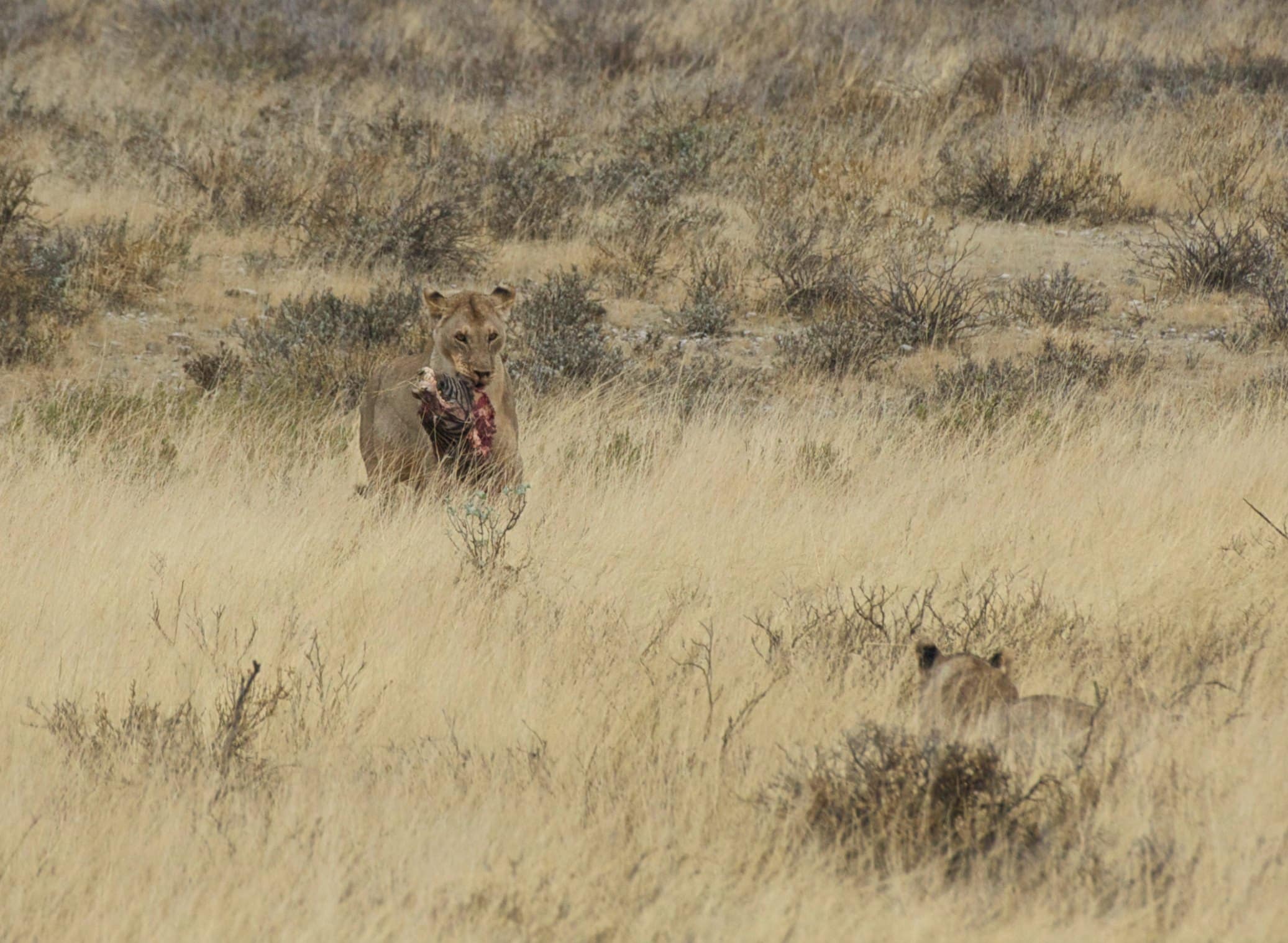 A bit later, we saw another lone lioness in the distance, but that wasn’t as “oh my gosh” as seeing a whole pride. But, after much time, we spotted three cheetahs in the distance – my first cheetah! They were far away and difficult to see, but luckily we had binoculars and zoom lenses to help with that! I could finally say that I’d seen the fastest land animal on earth with my own two eyes.

Etosha was exceptional, and a necessary stop while in Namibia! If we saw this much wildlife during the rainy season, just think of what you will see during the dry season!