After taking Tale Walks' “Istanbul in a Day” tour back in August, I decided to check out Walks of Italy's “Best of Milan” tour, led by Valleria, a few months later. The “Best of Milan” tour encompasses each important site in Milan, and includes entrance tickets to Leonardo DaVinci's Last Supper. Without attending this tour, I never would have had the opportunity to witness DaVinci's masterpiece, much less to educate myself on this piece of art.

History of the Monastery:

The Basilica and Convent of Santa Maria delle Grazie was built by the Duke of Milan in the second half of the 1400s when the Renaissance was booming in Florence, and Milan was embracing it’s Gothic period. In this Gothic church, the rulers wanted a touch of Renaissance, so the duke asked DaVinci to add something of significance in the monastery. It was in the dining room of this monastery that he painted the Last Supper. In those times, the walls of the dining room typically had paintings of the life of Jesus so that they could reflect and pray while they ate in silence. To DaVinci, it was logical that he paint the Last Supper. 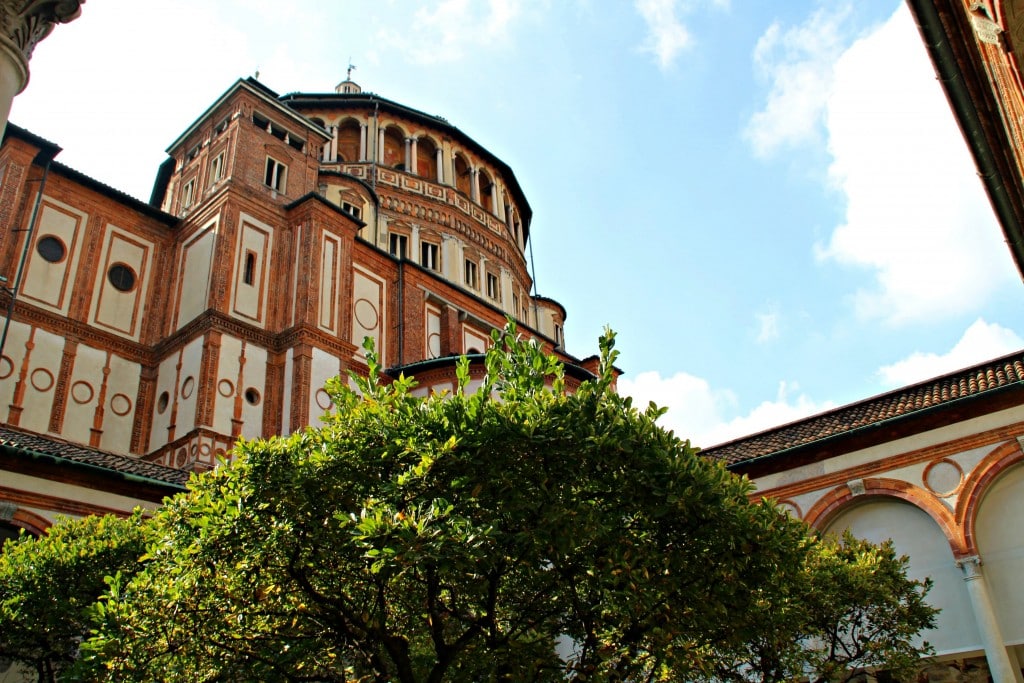 What Moment of the Last Supper should be painted?

That being said, there are various moments of the Last Supper that could have been illustrated. Should he emphasise the washing of the feet? The sacrament of the Eucharist? How was DaVinci to paint something unlike every other rendition of the Last Supper? In the 1400s, most artists portrayed when Jesus says, “One of you will betray me,” and DaVinci chose to as well. But, DaVinci chose a different route. He painted the emotional reaction to, “One of you will betray me.” It had never been done before — prior painters never showed the apostles having any emotion!

Why was it so important to paint in fresco?

Once DaVinci decided to paint that specific scene from the Last Supper, he began painting it right on the dining room wall. He chose not to paint by using the fresco technique because it had very strict rules and forced the artist to paint quickly; DaVinci liked to work slowly, and it took him four years to finish the piece. When painting in fresco, you cannot alter it at all once it’s finished; DaVinci liked to add to, and change his pieces once finished (ie. the Mona Lisa once had eyebrows and dimples). If painting in fresco, the colors were typically very bland; DaVinci wanted a vibrant surface. Due to this, he never used the fresco technique — he never painted into the plaster while the plaster was wet, which would have caused the paint to dry within the plaster, chemically combining the two. Instead, DaVinci covered the dining room wall with plaster, let it dry, and then painted the Last Supper with tempura colors. The problem? 20 years after he finished the Last Supper, it cracked (for the first time). Today, we have lost 50% of the original Last Supper. Years ago, people “restored” a painting by just painting over the troublesome areas.

During WWII, in August of 1943, the room of the Last Supper was virtually destroyed. By some miracle, DaVinci’s Last Supper was completely spared and entirely undamaged. The monastery was rebuilt after the war, and the restoration process of the Last Supper began in 1977. The restorers removed each layer of paint added over the years as a previous attempt to “restore” the painting; they were then able to restore the painting back to DaVinci’s original piece (with the exception of Judas – he was too far damaged thanks to poor restorations in the past, so DaVinci’s original Judas is lost forever). 5 FT Fun Fact: For a time, Napoleon and his troops occupied the monastery and in their free time they threw rocks at Judas’ face. 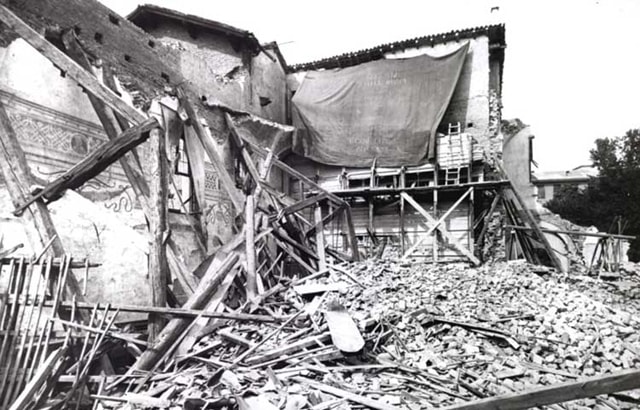 A proper fresco, painted on the opposite wall of the Last Supper, was also incredibly undamaged post-WWII. The fresco illustrates the point of crucifixion, but rather than the focus being on Jesus on the cross, it is on Mary Magdalene: she is dressed in vibrant red kneeling and hugging the cross. 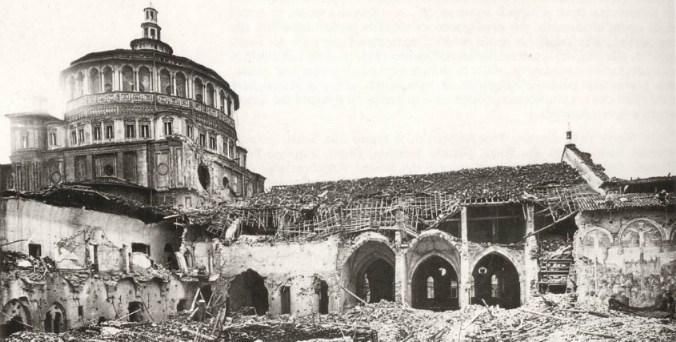 How to read the Last Supper?

On first look, the Last Supper is overwhelming. It was larger than I had pictured, and had a far greater impact than I had imagined. Your eyes should be drawn to Jesus first — the center of the painting, the center of the room. It’s important to note that the setup of the room looks very much like the set up of the dining room in which the painting resides: we are all standing in the same room as Jesus. The painting shows emotion, it shows shock that someone was going to betray Him. This is most clearly illustrated by John; in most depictions of John at the Last Supper, he is leaning on Jesus’ shoulder as the Gospel describes. In DaVinci’s Last Supper, John is not leaning on Jesus: Jesus sits alone, without any physical contact, after His shocking news. The hands in the painting are very expressive, very Italian, but DaVinci portrays order in the chaos — if you look closely, the 12 Disciples are split up into smaller groups of three, symbolising reason, harmony, order, and symmetry in the emotion. DaVinci honed in on wanting to show Jesus’ loneliness, since he was going to be abandoned and deserted by his friends until his death (even Peter denied him!). This was revolutionary. 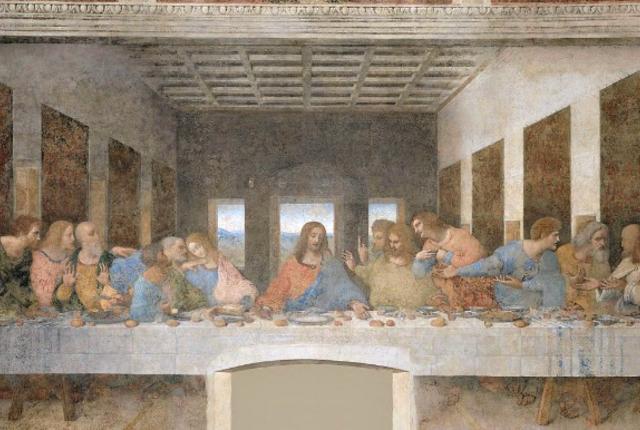 A bit about the portrayal of the Disciples:

If you back away from the painting, you can see that it has depth. It jumps out from the wall.

After such a thorough, fascinating explanation of DaVinci's Last Supper with Walks of Italy, we continued onwards to explore Milan. Part two coming soon! 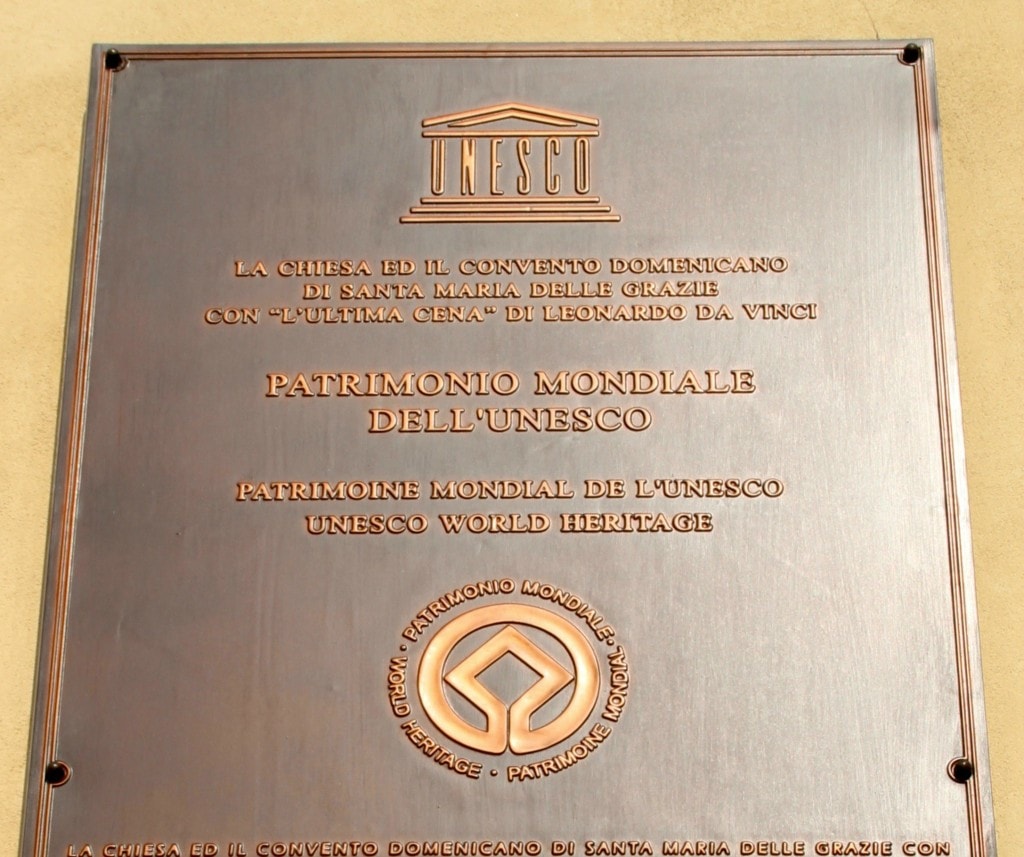 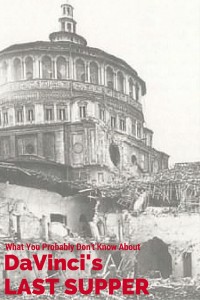 **Special thanks to Walks of Italy for kindly offering me a complimentary tour. As always, all opinions are my own.