After a few solid days of being cooped up at YHA Wanaka due to rain, I was psyched to wake up in Wanaka and see blue skies for my hike up Roy’s Peak! I had heard that the 1,578 meter summit will give you one of the most remarkable views in all of New Zealand.

Since David wasn’t feeling great, and the path was well-marked, I decided to tackle Roy’s Peak on my own. A six-hour hike up a mountain is not easy, to say the least. 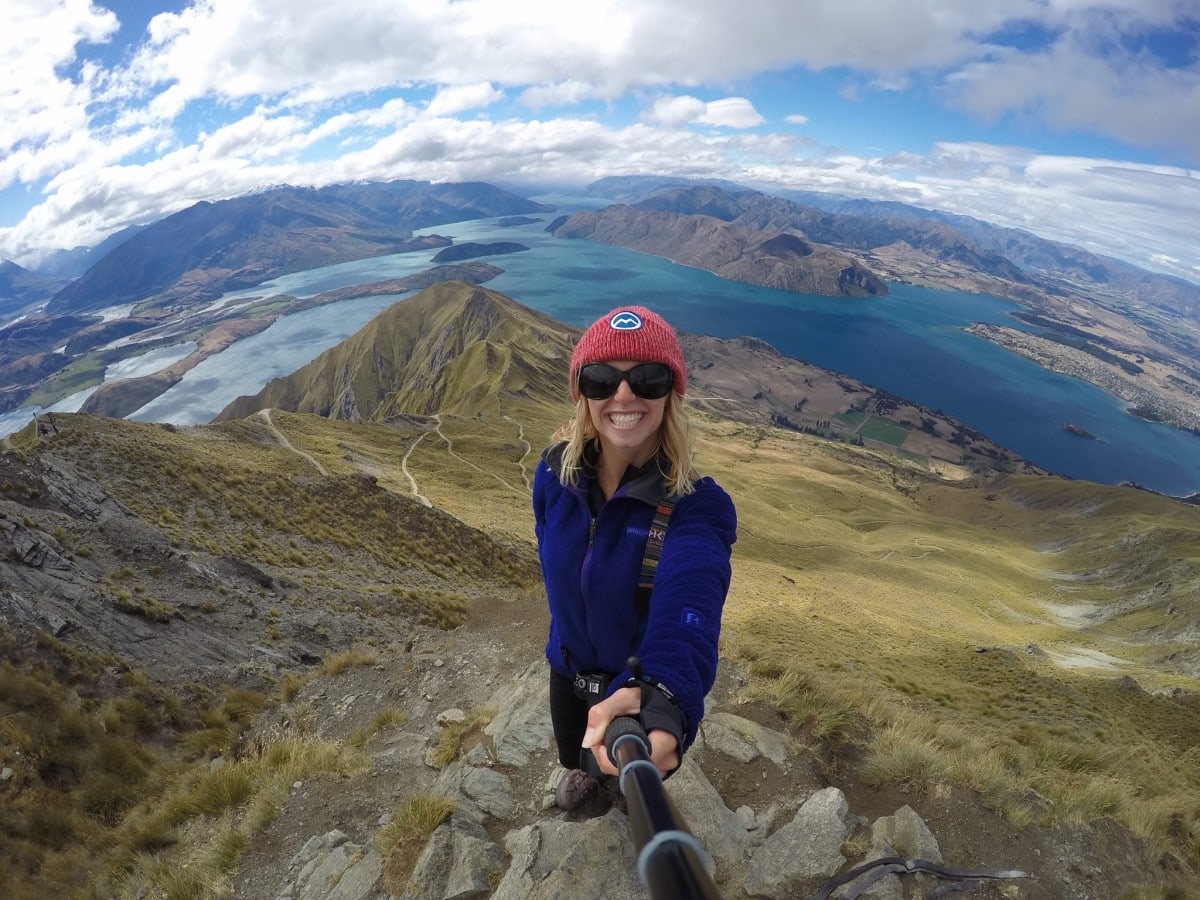 Typically when hiking, you’ll find patches of flatness or downhill, like the Tongariro Alpine Crossing, but that doesn’t exist for Roy’s Peak. You just climb higher and higher until you reach the first iconic viewpoint, about two and a half hours into the hike at an average pace. It takes quite a bit of waiting around for the infamous shot, but it’s worth it: 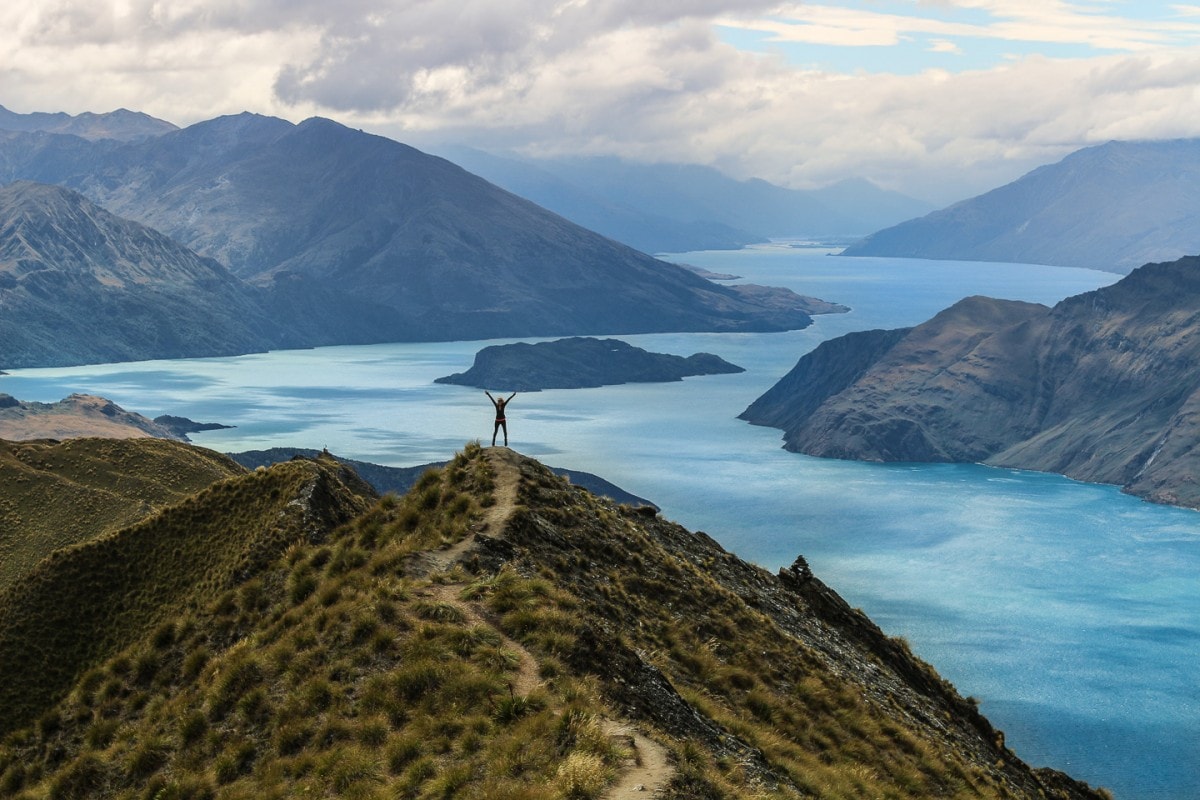 As I wasn’t feeling too well myself, I debated on whether it was worth the extra trudge up the steep ridge to the summit. 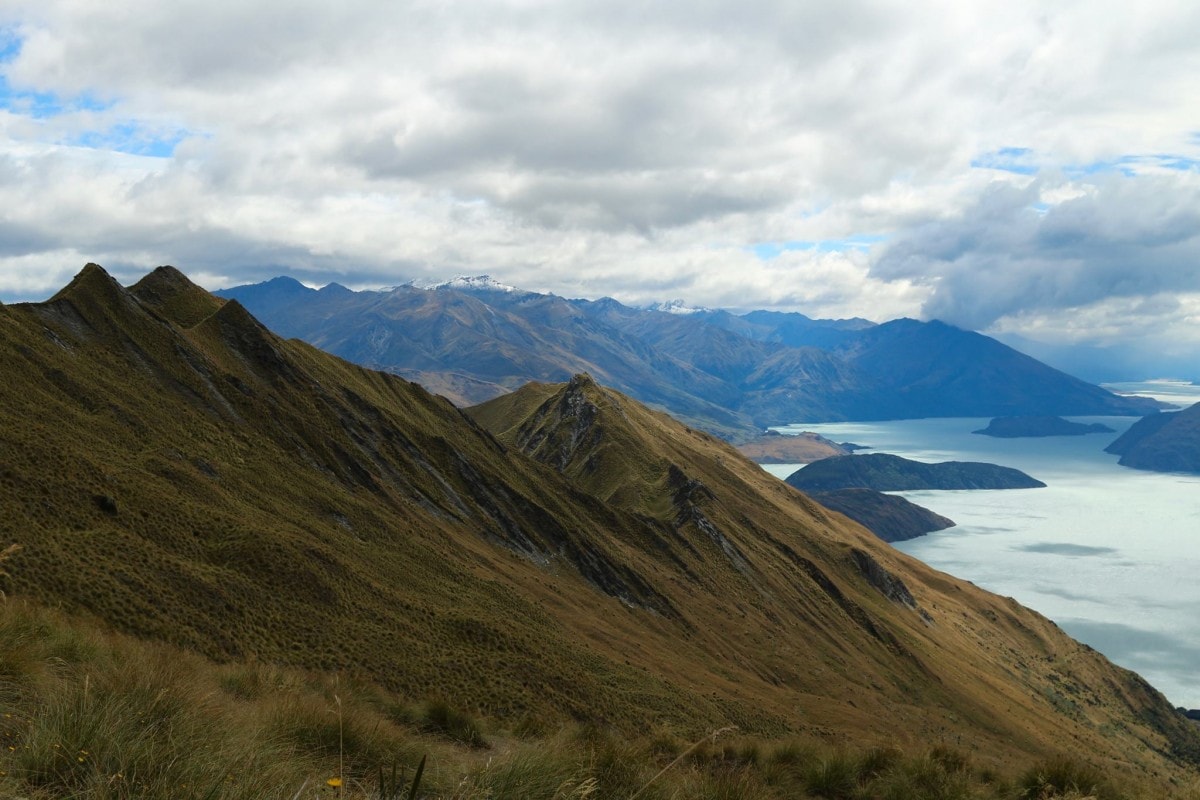 It was an extra 30 minute climb one-way when I already had a spectacular view. Knowing my stubbornness, and knowing how much I’d regret it, I decided to go for it. I am SO happy that I did! 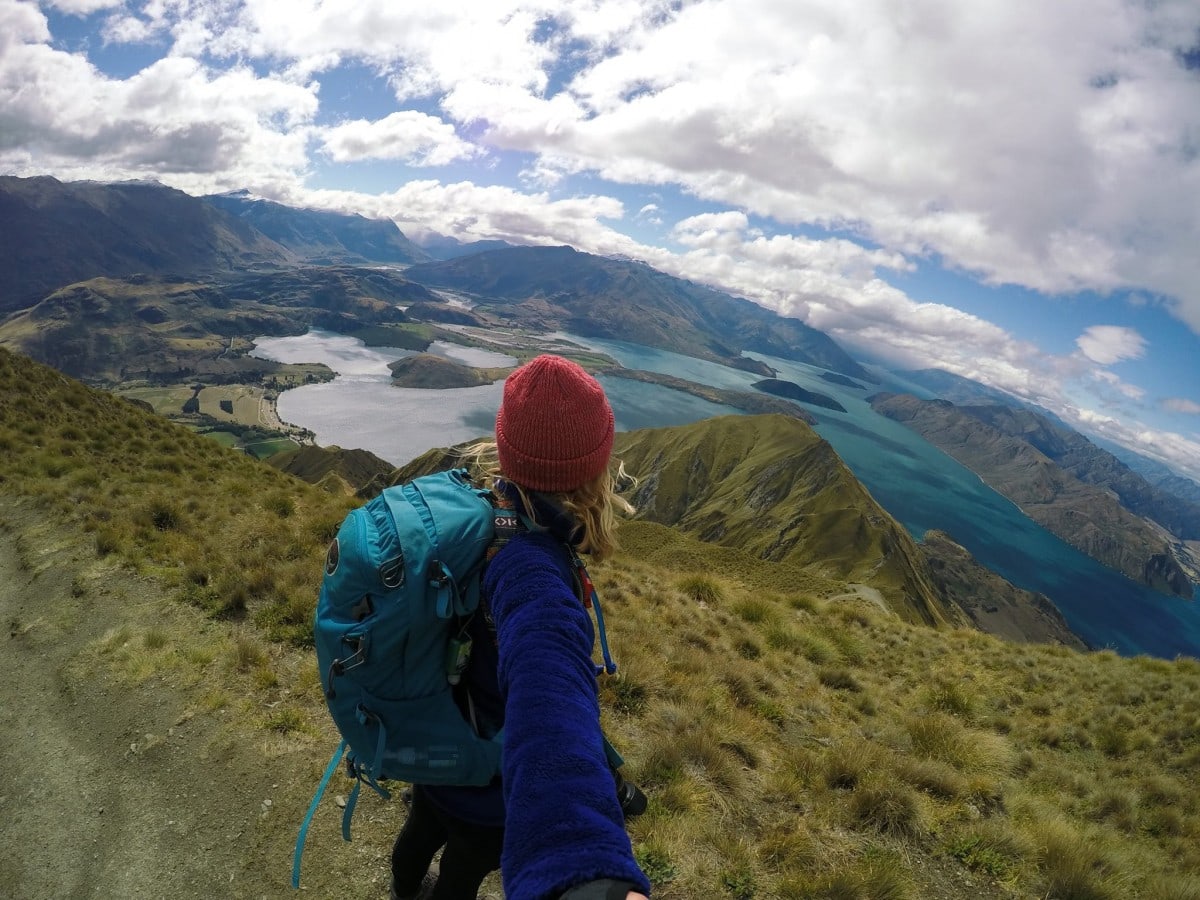 The views from atop Roy’s Peak are truly unbelievable. To be able to see Lake Wanaka, the surrounding peaks, and Mt. Aspiring from above was rewarding. 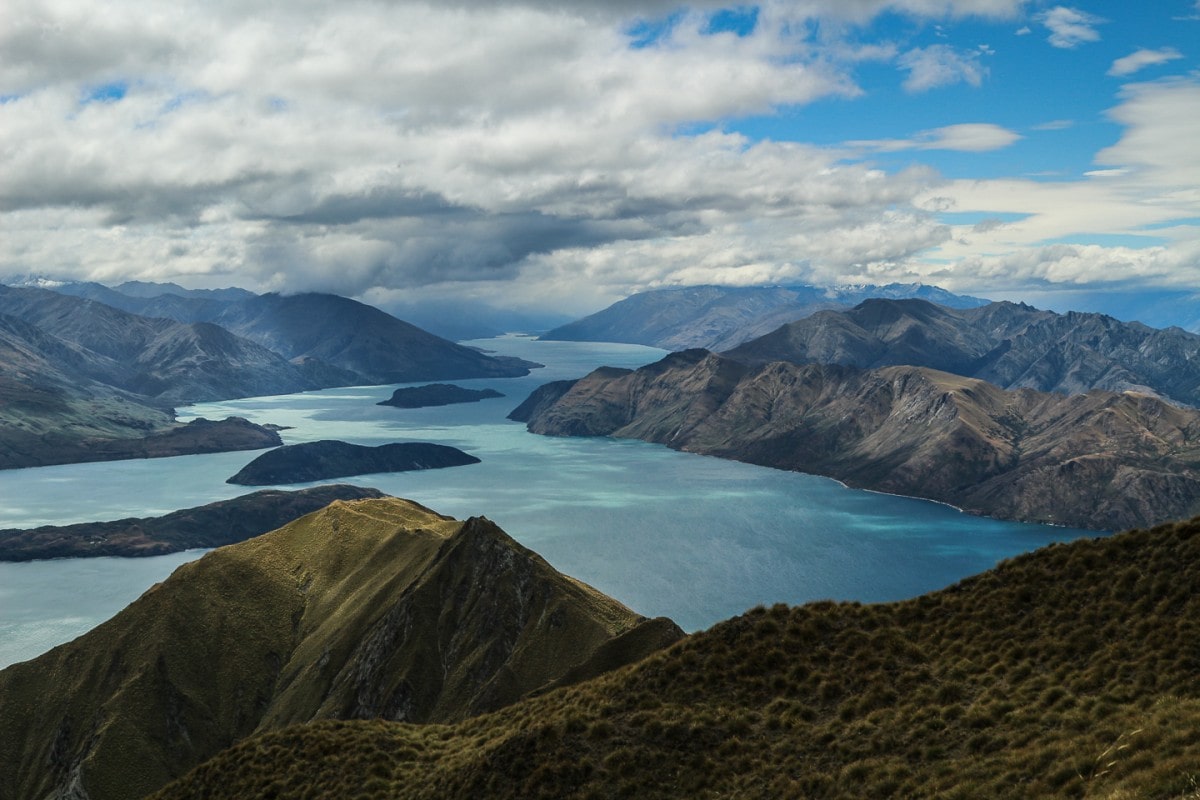 After taking in the views and resting up, I figured that the way down would be far easier.

Not for me. My knee decided to give out relatively early on, and I had to attempt to use my trekking poles as crutches for the entire descent as I couldn’t put any pressure on my right knee. I had messaged David when I had about 30 minutes left so that he could drive and pick me up. As I rounded my last corner, I saw him running up the mountain with water bottle in hand. Without a word, he unbuckled my backpack and took it off my shoulders, and then said, “I wish I got here sooner. I was ready to run up the whole mountain for you.” Now that, my friends, is a true gentleman…and incredible brother. 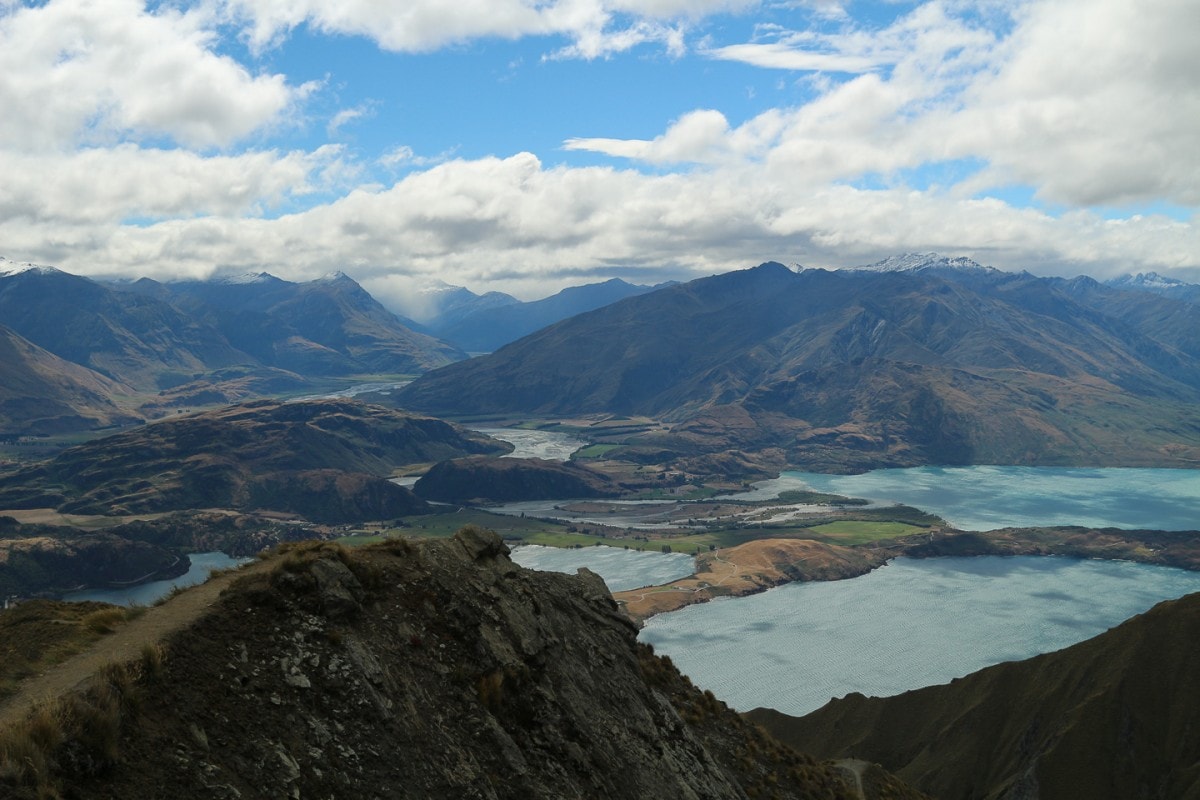 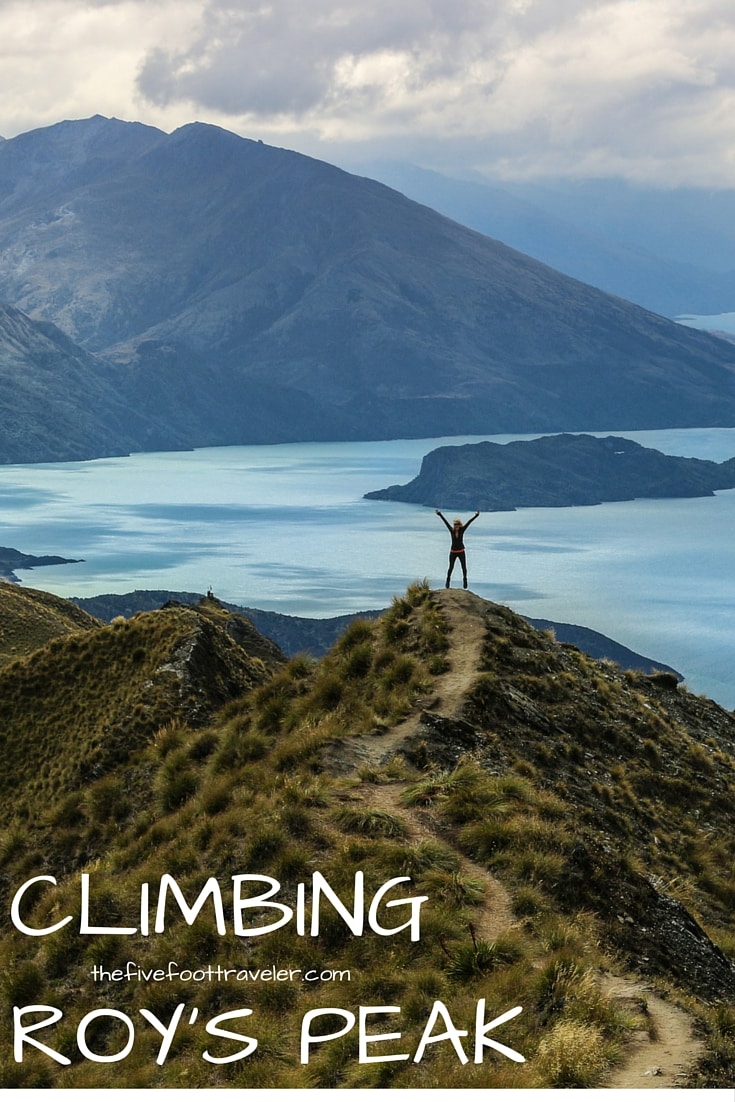