Whenever I’m in a foreign country, I try to take advantage of the free walking tours offered around town, so naturally I checked out Cape Town Free Walking Tours. I decided to take their “Historical Cape Town” tour at 11am and the “Bo-Kaap” tour at 2pm, both led Rico.

A bit of background on Cape Town: The Khoisan were indigenous to Africa until, in 1488, the Portuguese arrived in Cape Town; Bartolomeu Diaz, a Portuguese explorer, sailed around the southernmost tip of Africa. Fast-forward some, and the British invaded Cape Town in 1795 from Muizenberg. The second time, in 1806, power shifted four times – Dutch to French to Dutch to British rule within ten years. Around this time, Cape Town became known as the Paris of Africa. In 1948 the National Party went into power and less than 8% of the population were allowed to vote. The National Party won based on the idea of segregation. The British stayed until 1961, when they had enough of the apartheid. It wasn’t until 1992 that F.W. de Klerk said that South Africa was in the process of closing the book on apartheid. 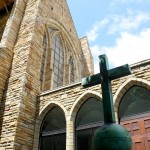 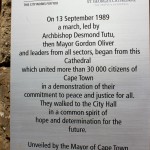 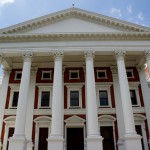 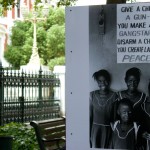 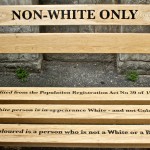 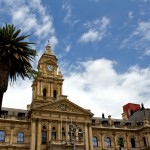 We broke for lunch and ate at the Eastern Food Bazaar (as per Rico’s recommendation) and, if you’re in Cape Town, do not miss this. The portions are huge, the food is great, there’s a lot of variety and, to top it off, it is dirt cheap! What could be better.

We began our second tour of the day with Rico, excited to see more of the city. Bo-Kaap directly translates to “above town.” The community has been there since slavery was abolished and there are 12 mosques in the community of Bo-Kaap alone. It is a multi-cultural and diverse community – everyone is welcome to live there. Although it is predominantly Muslim, people living in Bo-Kaap speak Afrikaans more than Arabic.

People always ask why the houses are so colorful in Bo-Kaap. According to Rico, the people that live in Bo-Kaap came from the city, which was dramatic and sad as they were enslaved. Bo-Kaap was the first space that they could call their own, so what’s a better way to express that than in living color. 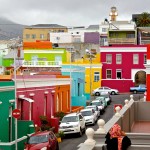 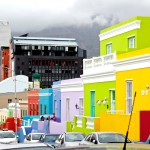