We finally crossed from Namibia into Botswana!

A mokorro is a dug out canoe, traditionally used by fishermen and made from sausage trees. Today, they are made of fiber glass and the only means of transportation throughout the Delta. The Okavango Delta is considered the gem of Botswana and is the largest inland Delta in the world at 18,000 km2.

We hopped into our mokorro that was to take us to our bushcamp in the middle of the Delta. At first, the mokorro was really shaky, but we got used to feeling like we were gliding along at water’s level; it was as if we had an insects viewpoint because we were so close to the surface of the water. Our 1.5 hour mokorro ride to the bushcamp was absolutely spectacular. We were at eye level with the reeds of papyrus, which made for a magnificent reflected viewpoint. 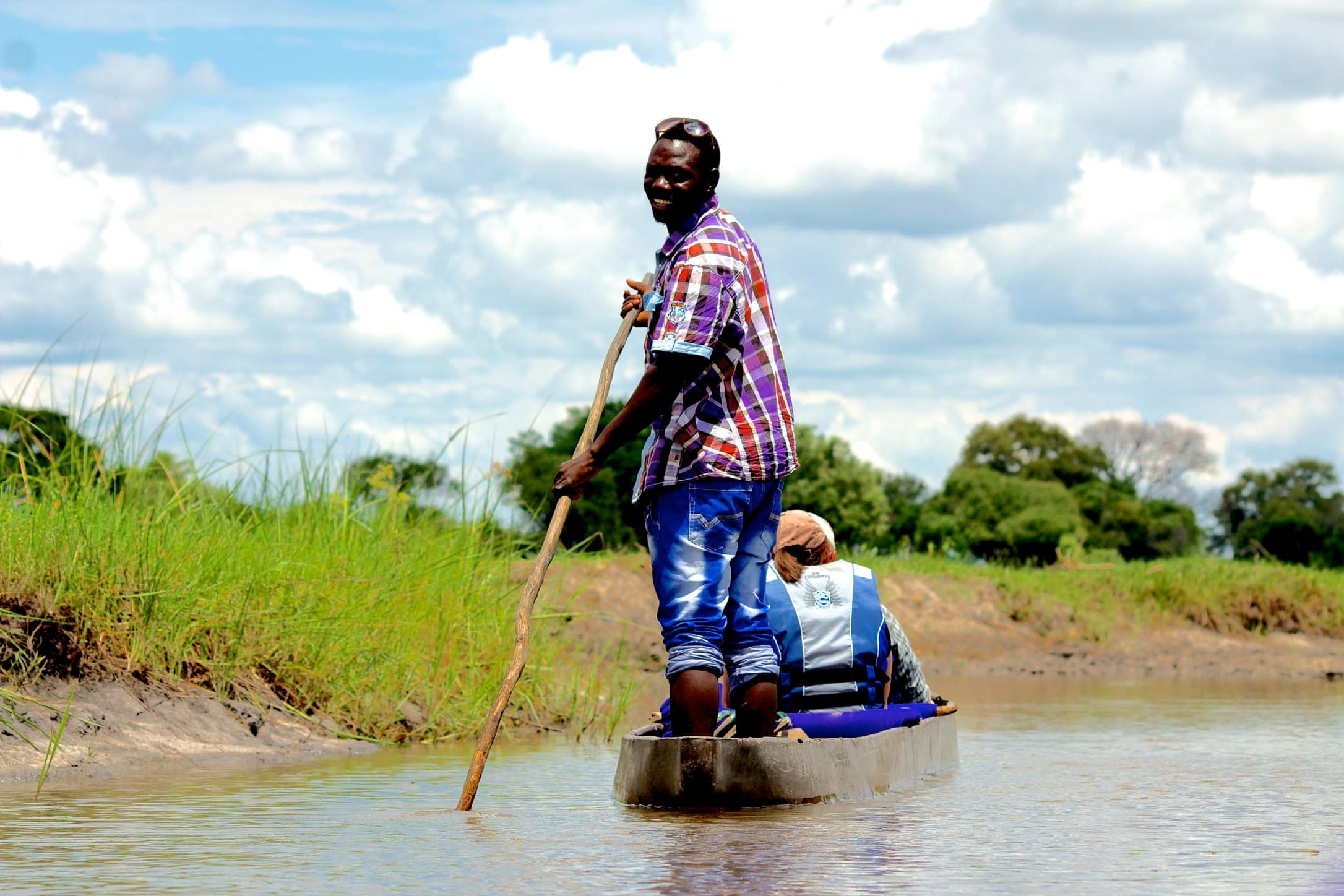 Unfortunately, the water was extremely low so many times our poler, Okay, had to get out and push us through the thick mud. We kept wanting to help, but she wouldn’t let us leave the mokorro. Before we arrived at our bushcamp, Okay made us beautiful “Delta Leis” made from day water lilies. The bushcamp itself was absolutely fantastic and secluded from everything, even transportation – a proper bushcamp indeed! We set up camp and ate monkey oranges (which taste like a mixture of lychee and sour patch kids) before it started torrential downpouring on us. 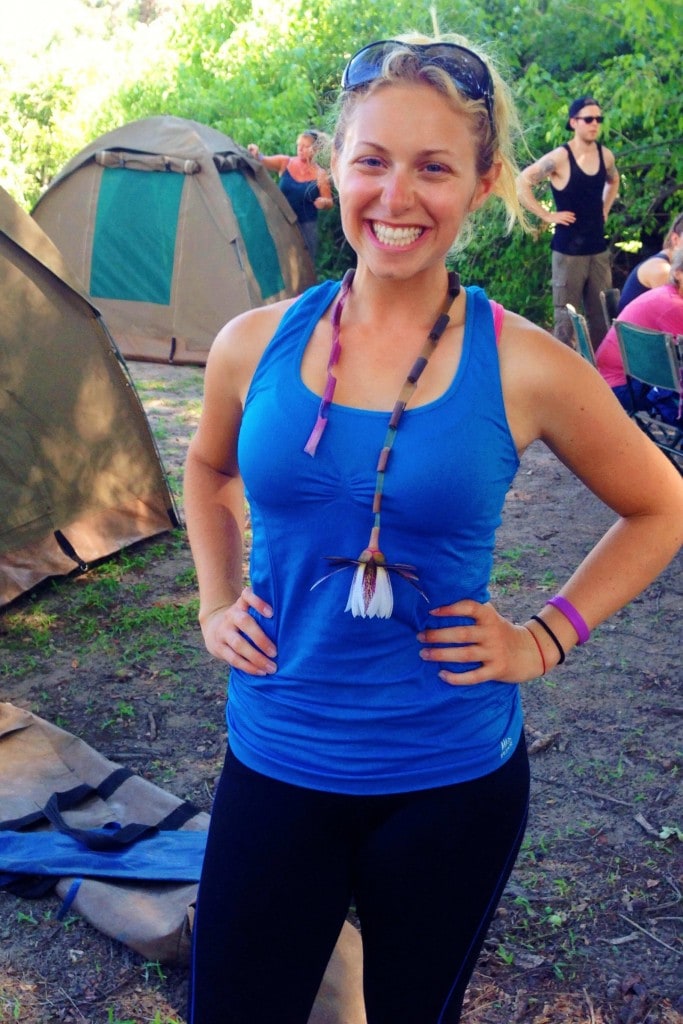 When the rain cleared, we climbed into the mokorros and paddled to the hippo pool. At first we only saw crocodiles, which was freaky since we were in such small boats and some people accidentally put their hands in the water! About 15 minutes later, three hippos waded in and we watched them play in the water for a bit of time. 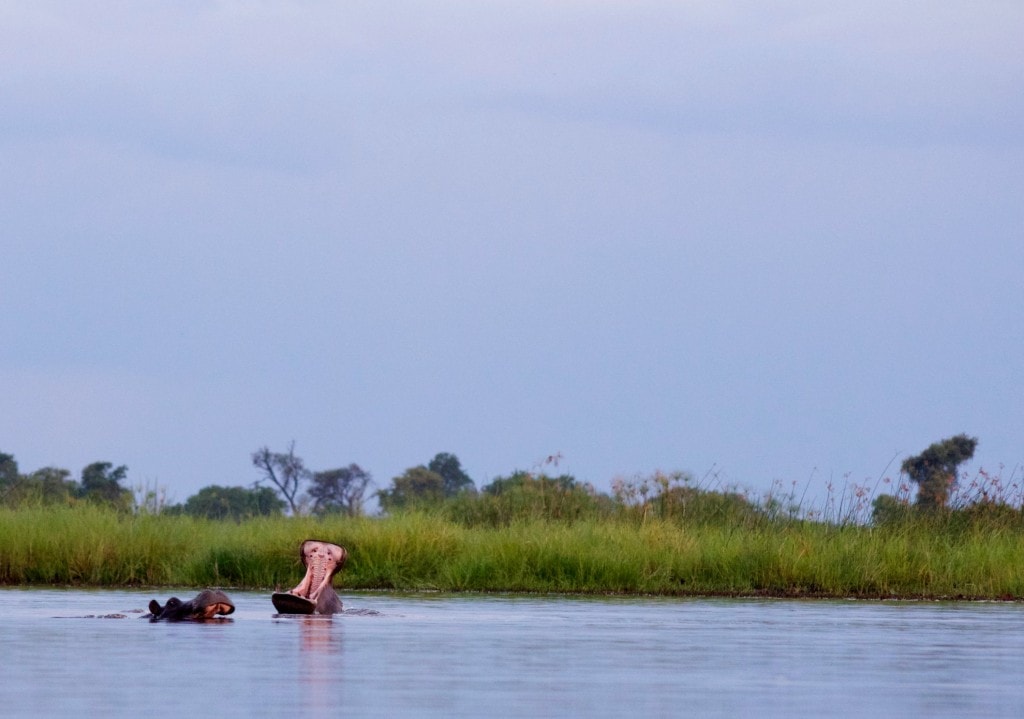 As we turned around to go back to camp, there was yet another outstanding reflecting sunset. Are you sensing a theme? I really love sunsets (especially sunsets in Spitzkoppe)! 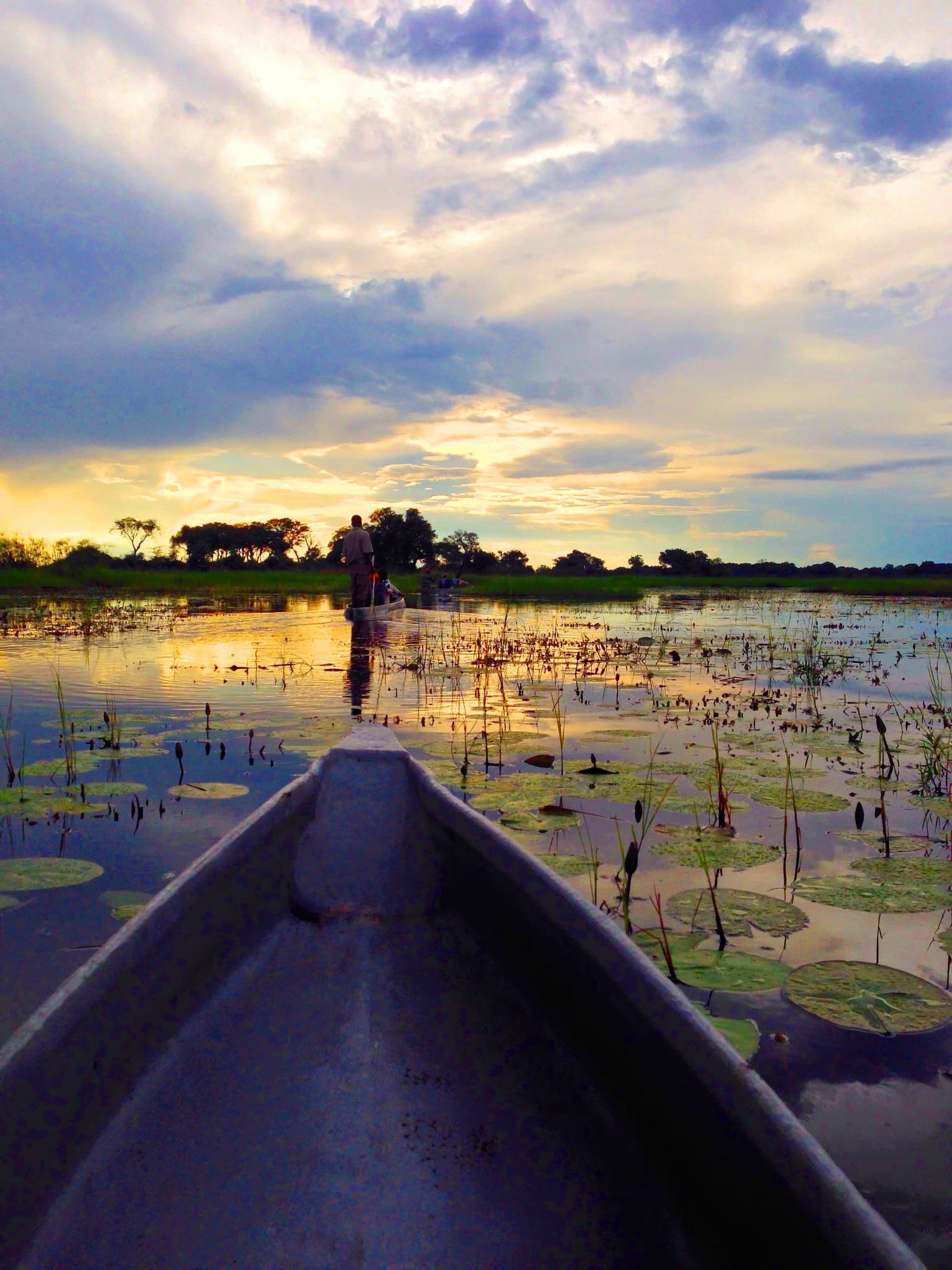 The following morning, we took the mokorros through the hippo pool, observed seven hippos, and began a nature walk through the Delta. We were searching for elephants but, unfortunately, the only mammals we saw were the Red Lechwe, an antelope native to the Delta, and Botswana’s national bird, the Lilac-Breasted Roller.

Our second campsite in the Delta was a tented bushcamp, and quite cool. It’s a bit of a walk from where the mokorros dropped us off, and we felt like we were in the beginning stages of Survivor or something. All of a sudden, the bush clears and there’s a beautiful, outdoorsy campsite with…drum roll please…proper beds inside our tents! Such excitement.

As we were sitting around the bar, we saw elephants not far from our campsite. Completely wild, free-roaming elephants. It was a really special moment. We sat for a while watching the seven gentle giants in the distance, feeling so grateful to be able to see wildlife so closely. 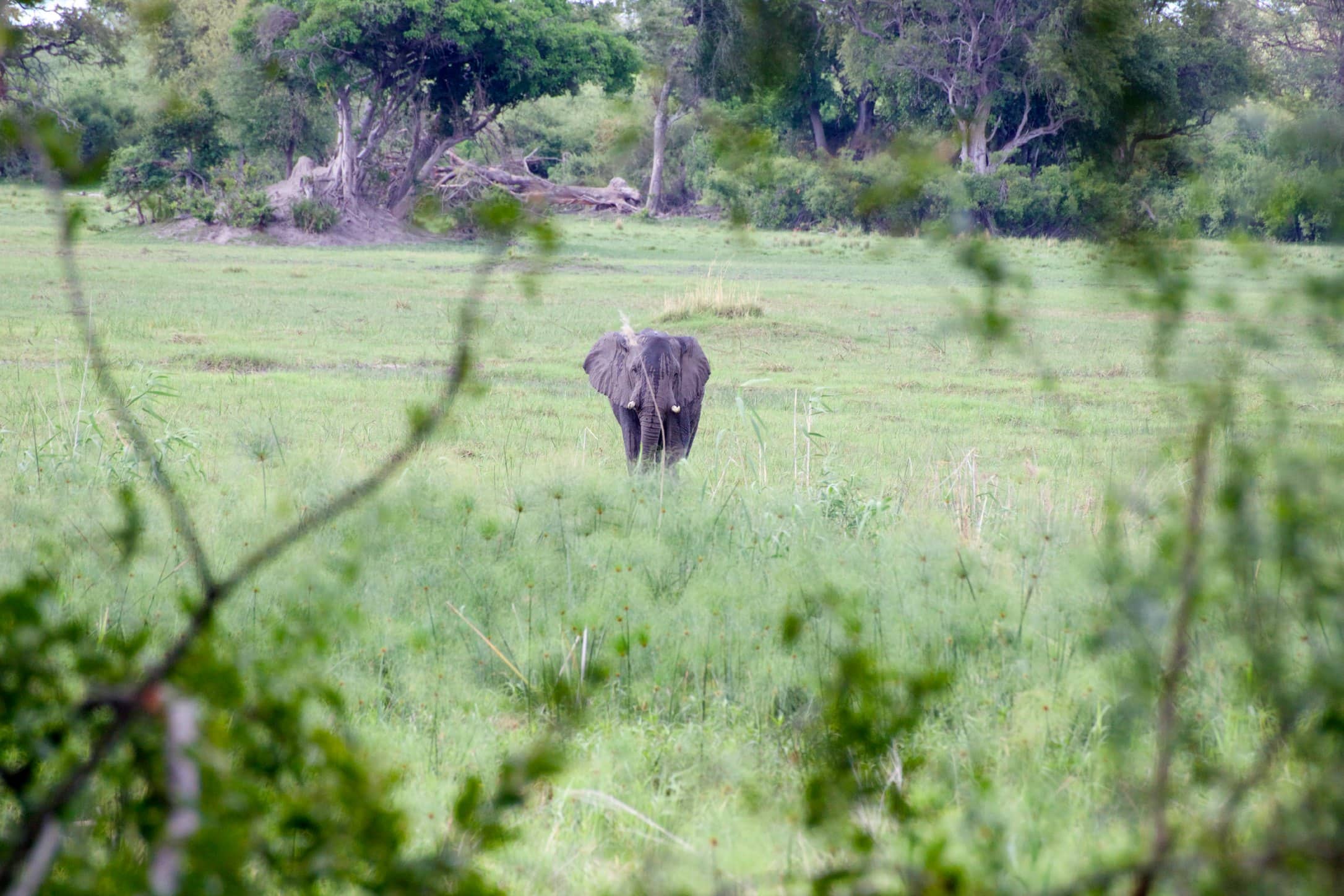 After an absolutely hilarious round of the drinking game “Roxanne” (thanks for spewing your beer on me Rich!), I crawled into bed to the sound of wild elephants walking through the reeds right outside my tent. Quite a way to doze off.