What’s the best way to begin your day? With pancakes and a gorgeous backdrop of course! With sleepy eyes, we walked faaaaar down the beach and climbed a sand dune to watch the sunrise over the ocean. We sat watching the whales breach in the distance while one of Bulungula’s cooks made us nutella crepes for an early breakfast. 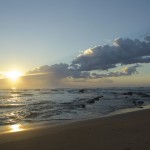 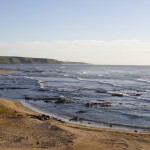 An hour later, we journeyed back to Bulungula and decided to make the most of our thoroughly sunny day (rather than pass out, which is what our bodies would have preferred). It was our first relaxing day since the beginning of our trip, and we so enjoyed spending it on the beach…and burning (Hey Nick, have the tops of your feet recovered yet?). 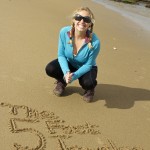 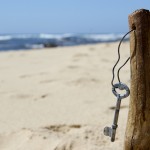 After spending hours on the beach, we decided to shower off the sand before our next activity. Fun Fact: Bulungula doesn’t have flush toilets or easily obtained hot water. In order to have a hot shower at Bulungula, you have to pour a bottle of paraffin into a small hole at the bottom of a furnace-like shower pole. Then, you grab a wad of toilet paper and shove it in the hole on top of the paraffin. The final step? You take a lighter, light the toilet paper, and hope that you don’t blow up the building. Luckily, my shower stall did not light up in flames, and successfully managed to have warm water for five minutes.

That afternoon, we went on a village tour. Who knew how many hills were in the Nqileni Village?! Forced exercise at its finest… 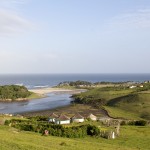 Some highlights of the tour:

Village Party: We watched part of the last soccer game of the year. The village had a big tent and food for the championship, and much of the village was gathered around to cheer on their friends.

The Local Bar: The local “bar” is far from a bar. It was a room of loud, older women sitting on milk crates and drinking Umqombothi beer. They motioned for us to sit down and pretty much shouted at us in Xhosa for 45 minutes, as we nodded in agreement. We learned that the women speak so loudly so that no one could accuse them of gossip. I can’t say that it was the most comfortable experience, but it was definitely the most cultural. Eventually, the women loosened up and wanted to pose for our cameras. They sang and danced into our lenses, and it was priceless. 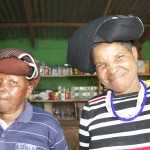 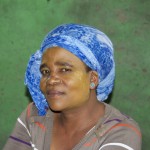 Head of the Village: We went into the home of the Head of the Village and learned that he resolves conflict within the community. There is an old head and a young head, which come from different families. We were then shown the spear that they use to kill the sacrifice during weddings and funerals; if the animal doesn’t scream, it is no good and they have to kill another.

The Local School: There are three classrooms that have 14-16 students per class, ages 3-6 (split into classrooms ages 3-4 years old, 4-5 years old, and 5-6 years old). We spoke with the teachers and found out that pre-school is mandatory so that every child in the village attends. The rooms were very well-kept, albeit small. At that level, they only teach Xhosa; it isn’t until primary school that the children start learning basic English. A little boy walked into one of the classrooms that we were in and wanted to play, so we ended up in a full-blown tickle fight. He was absolutely adorable, full of smiles and laughs. The joy in his face warmed my heart – most definitely the highlight of my day. Who knew how exhausting children were?! 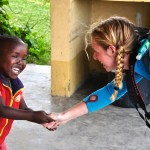 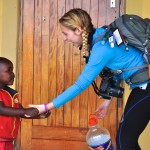 Bulungula is an absolute must for anyone traveling to South Africa that’s looking for an authentic, fulfilling cultural experience.