Cruising the Beautiful Bahamas on the Norwegian Sky

After an incredible experience on the Norwegian Encore – the newest ship on Norwegian’s Breakaway Plus Class – we decided to check out the Norwegian Sky. Newly renovated in 2019, the Norwegian Sky is a 2,000 passenger ship that sails solely between Miami and the Bahamas. The cruises range from 2 to 5 days, depending on if you would like to stop in Key West along the way. We went on the “4 Day Bahamas from Miami” Cruise not only because it hit up Grand Bahama Island, Nassau, and Great Stirrup Cay, but also because there was a Sovereign Alignment conference on board that we were eager to attend as Cheryl Young was one of the speakers (more on that later). 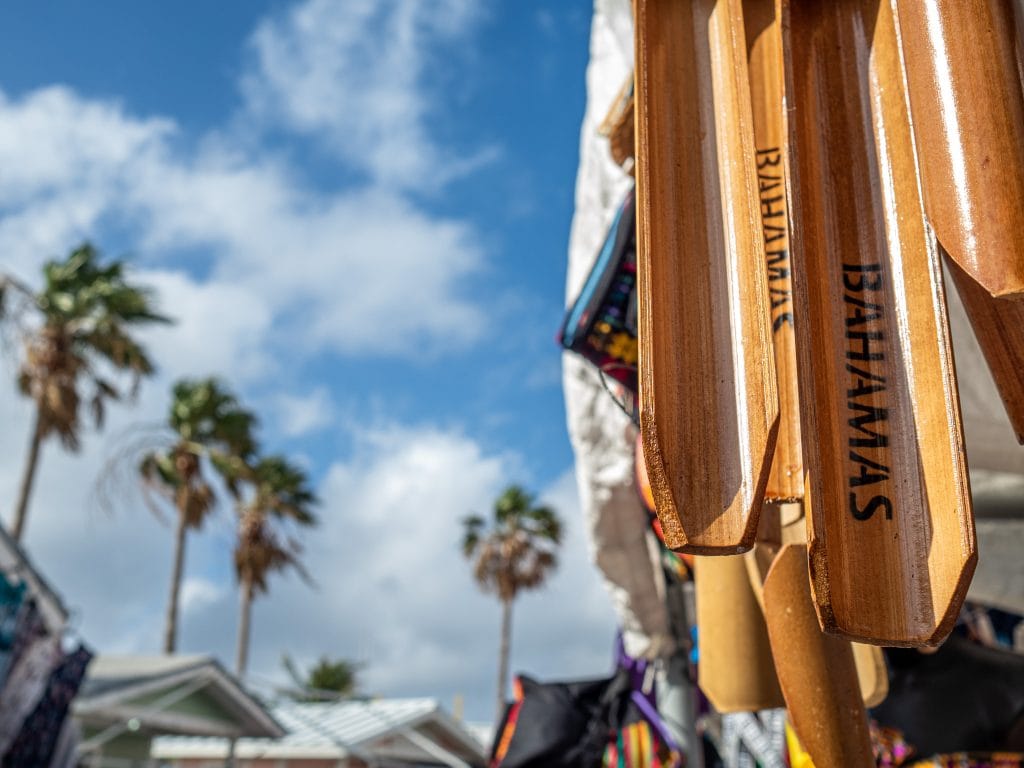 Cruising to the Bahamas on the Norwegian Sky

Where to Embark on the Norwegian Sky Cruise

The Norwegian Sky leaves from Port Miami, which is about a 20 minute Uber ride from Miami International Airport. Get the cheapest flights to Miami here.

Alternatively, if you’re already in South Florida visiting Fort Lauderdale or West Palm Beach and the surrounds, I recommend hopping on Brightline. The Brightline Station in Miami is just a few minutes away from the port. Whichever way you choose, Port Miami is easily accessible. The Norwegian Sky, and all other Miami-departing Norwegian Cruises, leave from Terminal B.

On Board the Norwegian Sky

Unlike the Norwegian Encore, the Norwegian Sky is more leisurely. You won’t find grand Broadway spectacles, race tracks, water slides, and virtual reality, but it still has some Norwegian Cruise Line staples like the Observation Lounge, Pulse Fitness Center, Sugarcane Mojito Bar (that we went to nightly), and more. There’s ample deck space to sunbathe or read, a pool, jacuzzi, basketball court, and a running track to name a few. And, of course, there’s Starbucks on board for the coffee lovers out there too. 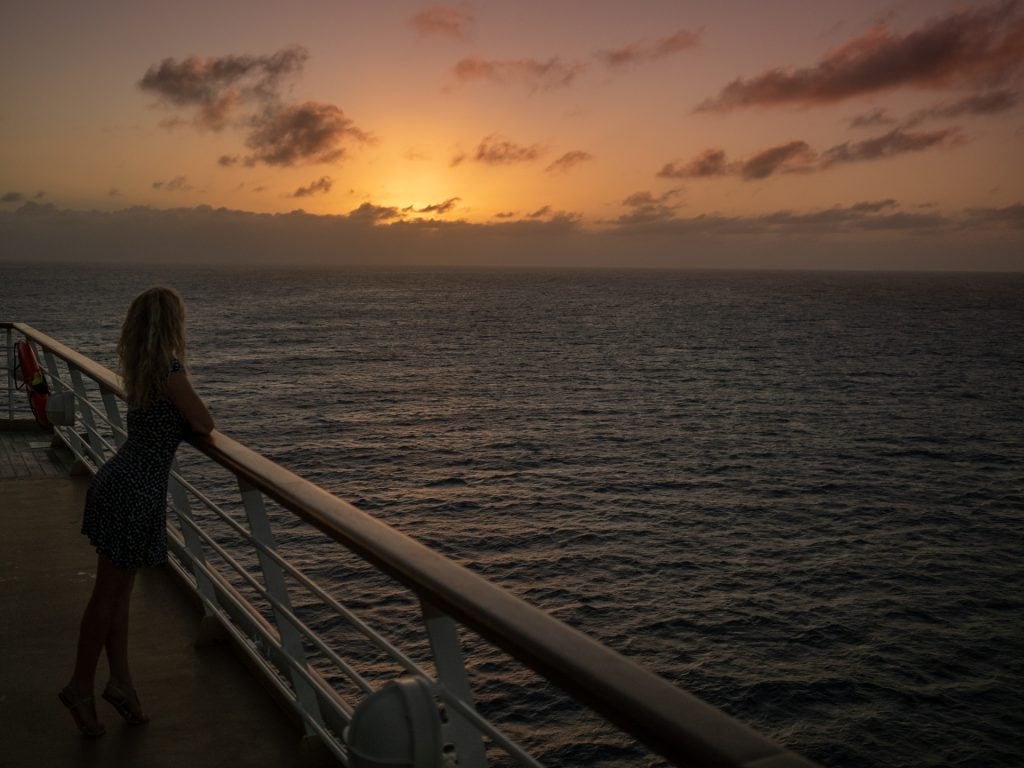 A beautiful sunset on the Norwegian Sky

As part of the renovation project last year, the Norwegian Sky has a new look. The cabins were refreshed, the beds are comfortable, and I’ll take a Balcony Stateroom any day. 5 FT Fun Fact: If you’re new to cruising, pack light and bring your own hangers. As per many cruises, the cabins are small and there isn’t a lot of floor space or counter space in a Standard Balcony Stateroom so you will want to unpack and then slide your luggage under the bed and out of the way.

Get The Lowest Price On Your Next Cruise Here!

Since the Norwegian Sky is exclusive to the Bahamas, we hit up the following islands:

Grand Bahama Island was devastated during hurricane Dorian in September 2019. 70% of the island was flooded, thousands lost their homes, over 200 people are still missing, and the hurricane caused $3.4 billion worth of damages throughout the Bahamas. When I found out that the Norwegian Sky was stopping in Freeport on Grand Bahama Island, I was pleased to see that I’d have the opportunity to learn about the effects of the hurricane from the people that lived there, rather than the news. With the airports closed and many still living out of tents, the economy is reliant on tourist dollars to help rebuild. While the cruise line offers various excursions like swimming with sea turtles, kayaking, visiting beaches, etc., I suggest looking into other options that provide you the ability to contribute your tourist dollars directly back to the community as well. A few years back I started collecting artwork from places in which I visited, so when I disembarked I found a shop where a man was carving wooden sculptures, I knew that I found the business that I wanted to support. Devin and Charmaine Jackson of “Jackson’s Authentic Wood Carvings and Souvenirs” were a delight from the moment I walked into their shop. Unlike other shopkeepers, they didn’t hassle or push, they were just there getting along with their day with smiles on their faces. Through conversation, I discovered that Devin has been an artist his whole life, but has been doing wood carvings for the last 8 years. 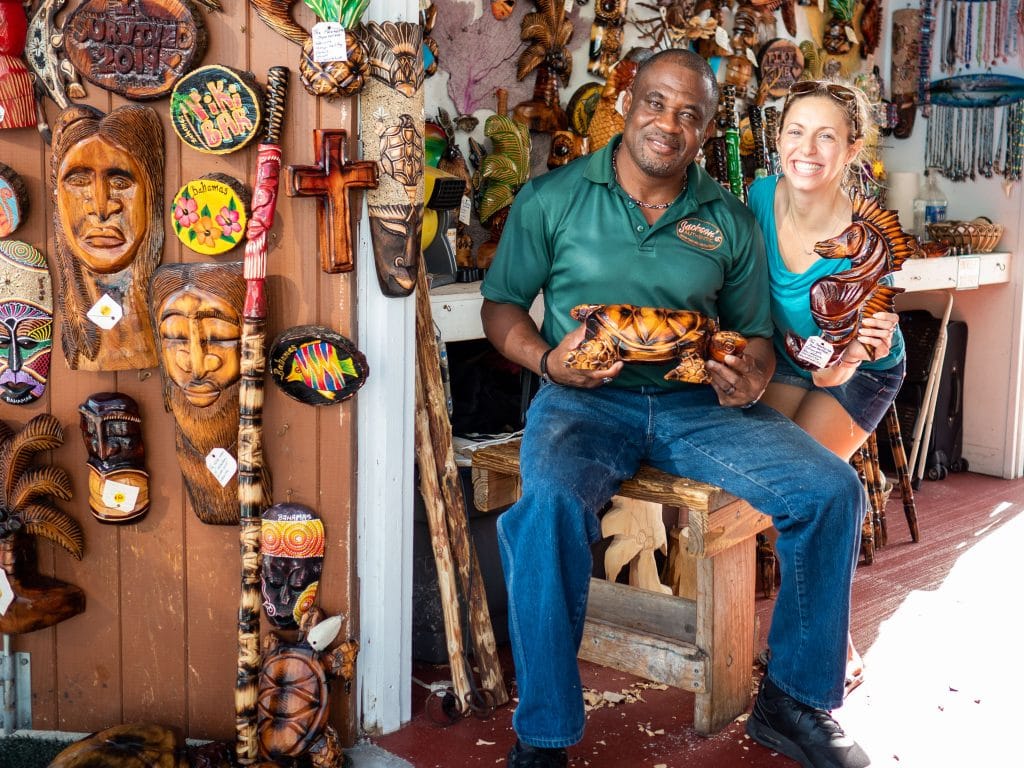 When cruising on the Norwegian Sky, remember to support the locals! So excited for my two pieces.

As with most people, their business was hit hard with the hurricane and lack of tourism, but to see the joy on their faces and learn about the hopefulness of Grand Bahama Island through locals was incredibly meaningful. Slowly but surely Grand Bahama Island is rebuilding and it’s certainly worth getting off the ship, chatting with locals, and exploring the area. It’s worth noting that the Freeport cruise port unfortunately is not within walking distance to any beaches. Should you be looking for a beach escape, just grab yourself a taxi at port and let them know where you want to go; better yet, ask them to take you to their favorite beach on the island within a 30 minute drive.

Nassau is a colorful Bahamian town on the island of New Providence and – being the capital – is arguably the most famous. Best known for Atlantis, Nassau offers an array of activities for every type of traveler. I’ve been lucky to have visited Nassau a few different times (I actually shot a commercial for MSC Cruises there last year, which was pretty awesome!). If you’re looking for culture, the city tour is great — you will walk the Queen’s Staircase, check out Fort Charlotte, and wander around downtown. If you’re up for a day of excitement, you could have a look at Atlantis (personally, I’d save this for a trip in and of itself) or dive with sharks at Stuarts Cove. If you’re like me and looking for perfect private beaches, I highly recommend Balmoral Island. It’s an exclusive island that is easy to reach via ferry or speedboat, and so incredibly beautiful. Of course, if you just want to wander, you can easily walk around town from the port as well, so I urge everyone to disembark and check it out! 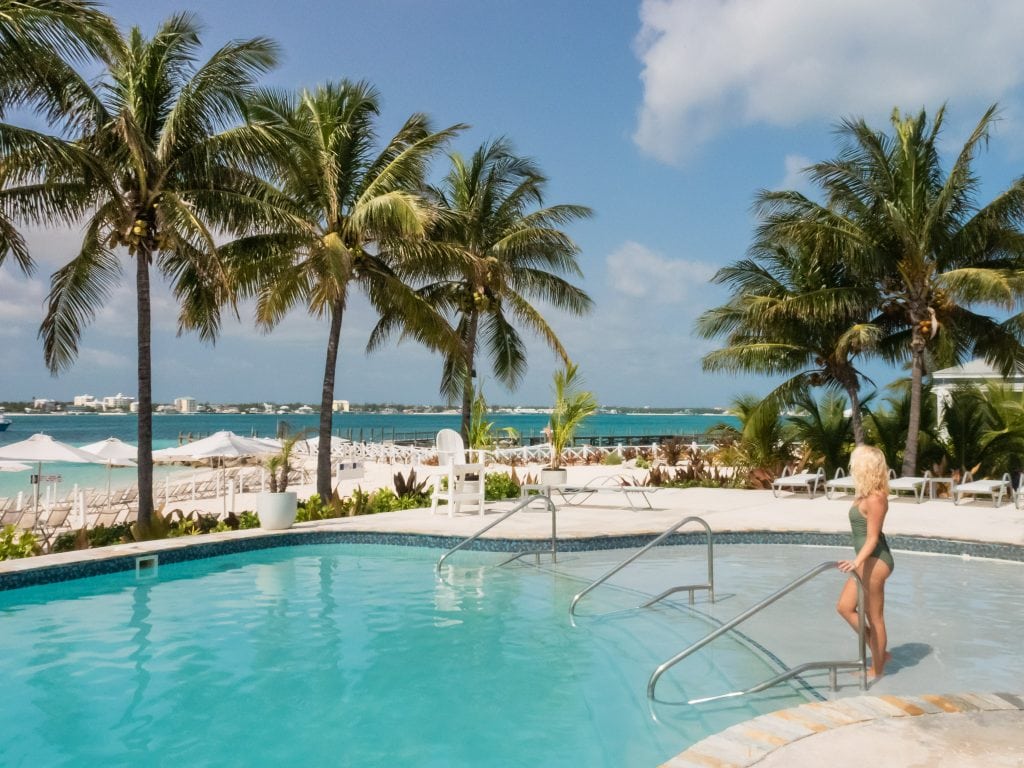 Wading into the beachside pool at Balmoral Island

The biggest draw to cruising on the Norwegian Sky is the day at Great Stirrup Cay, Norwegian Cruise Line’s private island. With pristine white sand beaches, crystal clear water, and a complimentary taco bar, Great Stirrup Cay boasts relaxation at its finest. If you aren’t feeling a beach day, there are plenty of excursions that you can take from Great Stirrup Cay as well from jet skiing to zip lining to parasailing, and everything in between. While we chose to relax on the beach this time around, last time we were at Great Stirrup Cay (on the Norwegian Encore), we swam with the pigs and it was an absolute blast! I definitely recommend checking it out, as the piggies are saved from slaughter houses and brought to live out their lives on a beautiful Bahamian island. If you could swing it, I highly suggest renting a villa for the day; this provides you access to an exclusive beach, dining area, and bar, and its honestly paradise. You will find a beach swing and hammocks, and plenty of beach chairs with umbrellas on site. When we were there with the Sovereign Alignment conference, we were some of the only people on the entire beach! 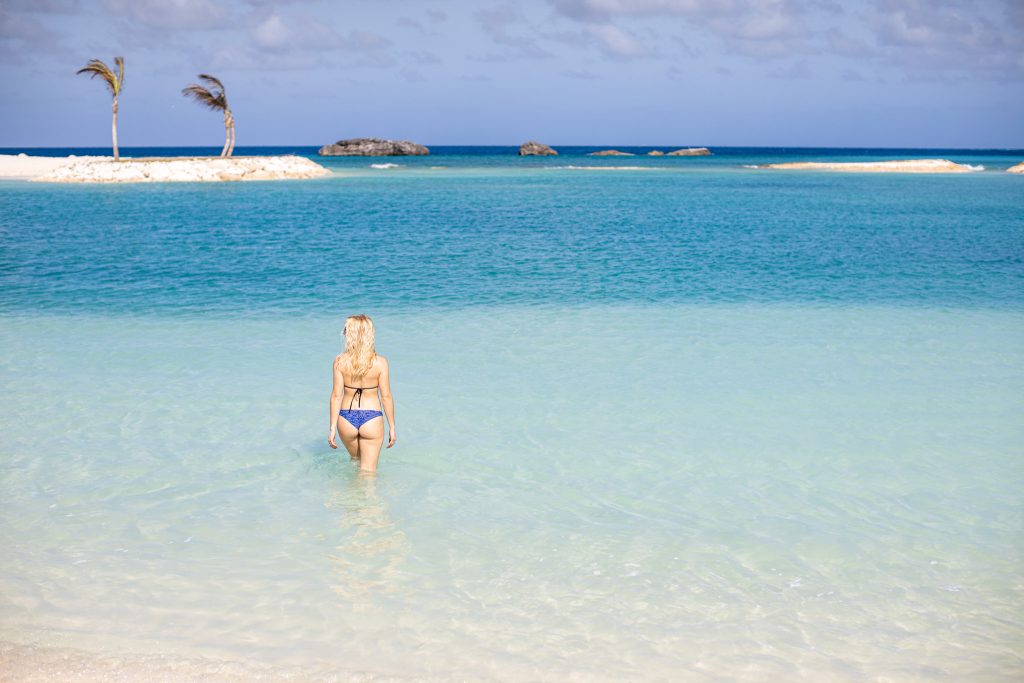 The Norwegian Sky ports at the stunning Great Stirrup Cay

Which leads me to my next point…. Could you imagine going to a conference where the backdrop looked like that! Because, yes, the conference we attended was in a villa directly on that beach! I joined this particular Norwegian Sky Cruise to hear Cheryl Young – of Smart Money Cheryl – speak. While Cheryl lives close to my hometown, who wouldn’t choose to go to a conference on a cruise versus a convention center?! Cheryl is the CFO of a multi-million dollar company and has decided to take what she’s learned through her twenty-five years of experience to help people better learn how to manage money and make money fun. Her main goal is to take her knowledge to teach everyday people like you and me how to manage money and stretch our dollars. Seems like a pretty handy skill if you ask me! She taught about the importance of implementing Facebook Ads for any type of online business. She shared with us her “Find Your Money Challenge” and we learned about the launch of her newest course: The Worry to Wealth Method. Can’t wait for its release! 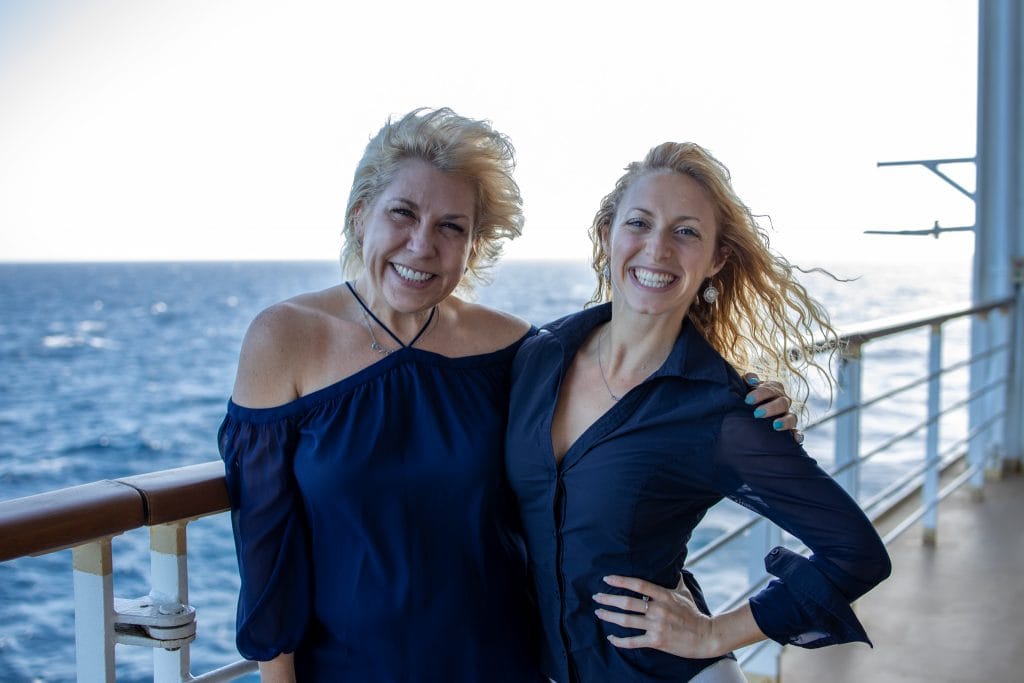 We had such a fantastic time learning and growing our businesses together on the Norwegian Sky. And until then, you’ll find me daydreaming on this swing waiting for the next time I visit… 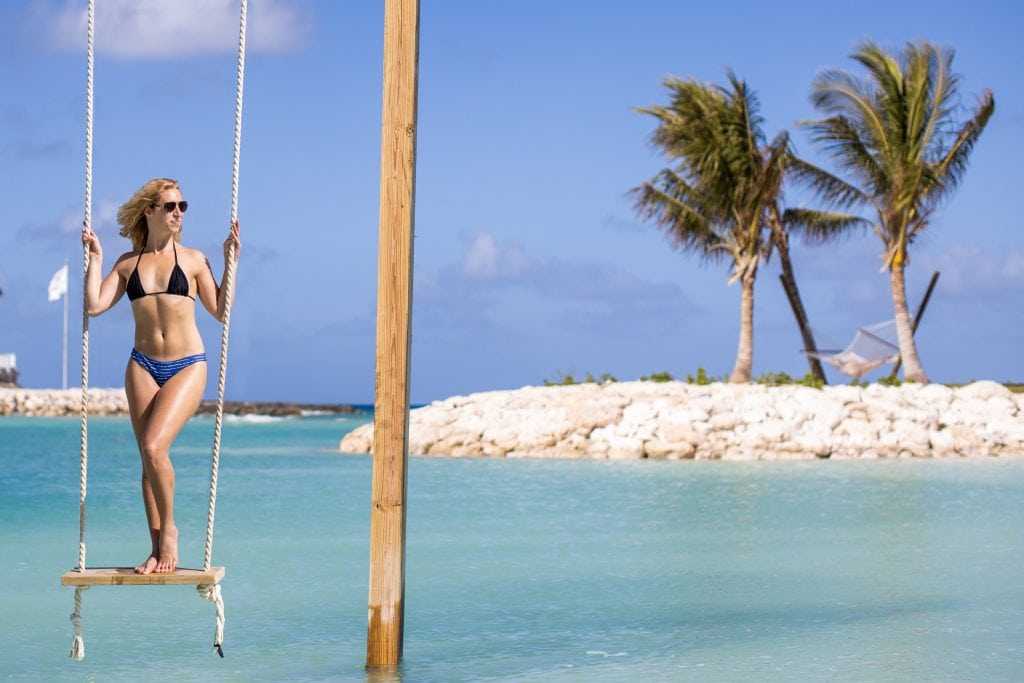 My favorite part of the Norwegian Sky…

As I mentioned, the Norwegian Sky cruises exclusively between Miami and the Bahamas, and stops in Key West on the longer trips. Please see the map below to get an idea of the route.

What to Pack for your Norwegian Sky Cruise – Travel Packing List

Do you have Cruise Travel Insurance?

I hope you don’t embark without cruise travel insurance! If you do, you better think again. It’s particularly easy to forget to purchase travel insurance if you’re an American not only visiting Florida, but cruising out to the Caribbean. Cruise travel insurance is arguably the most important thing to have on hand (after your passports and visas). I’ve had to use my travel insurance multiple times on the road, even though I’m healthy. You never know when something might happen; take comfort in knowing that whether your flight gets cancelled or you wind up sick and in the hospital, you will be covered. I recommend World Nomads Travel Insurance for each and every one of you travelers. You can get a free quote here. 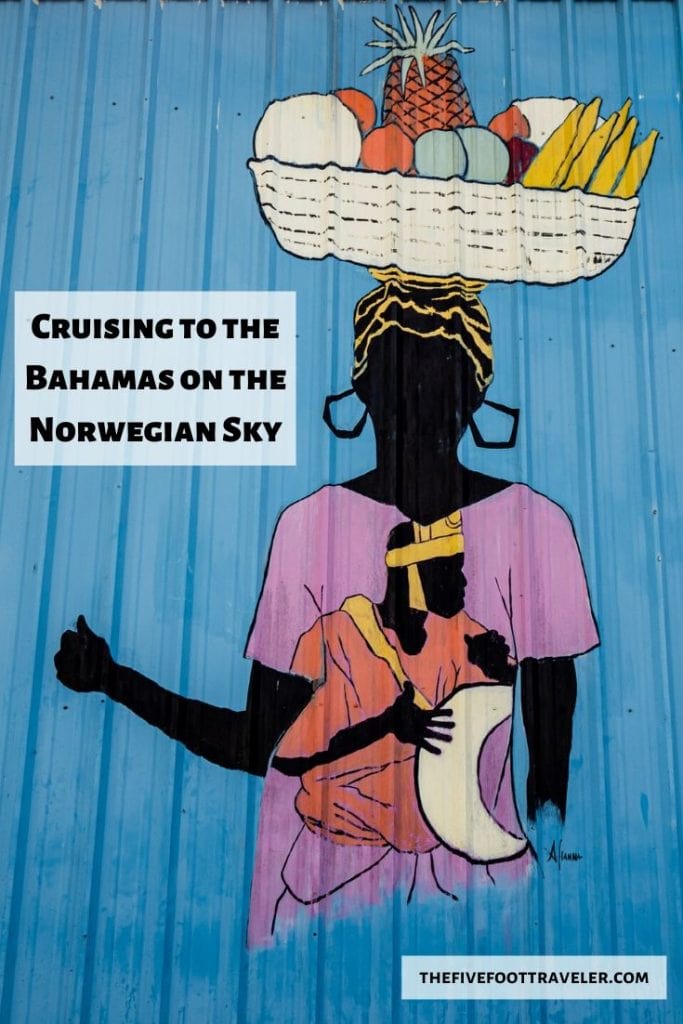