An Exploration of Fraser Island (Days 2 & 3)

We began our second day with Australian Sunset Safaris by checking out the Yidney Dripping Rocks. These rocks give you a peak into the underground water systems beneath the island. 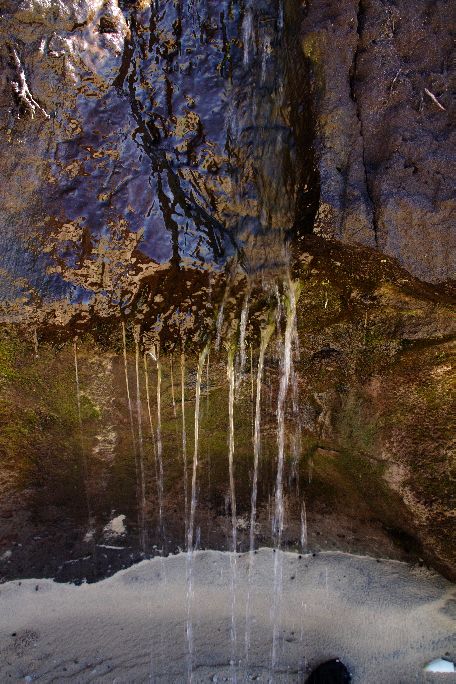 After this quick pitstop, we headed to Eli Creek, which was absolutely stunning. This is the largest creek on Fraser Island’s eastern coast, and pours up to four million liters of fresh water into the ocean every hour. We spent about an hour and a half wading in the fresh water stream and soaking in the nature. 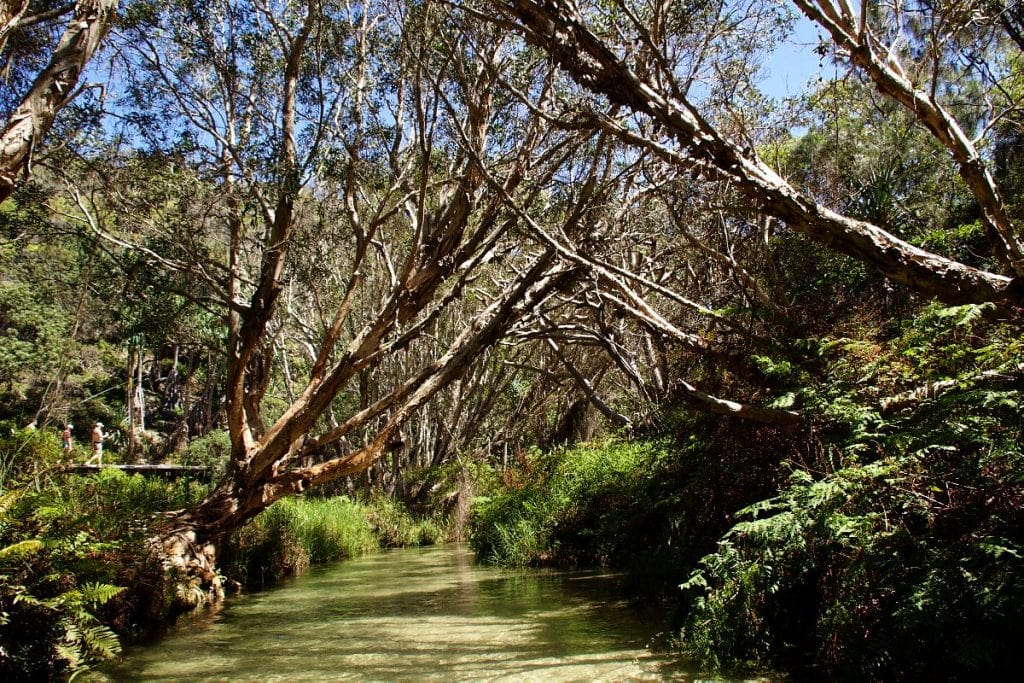 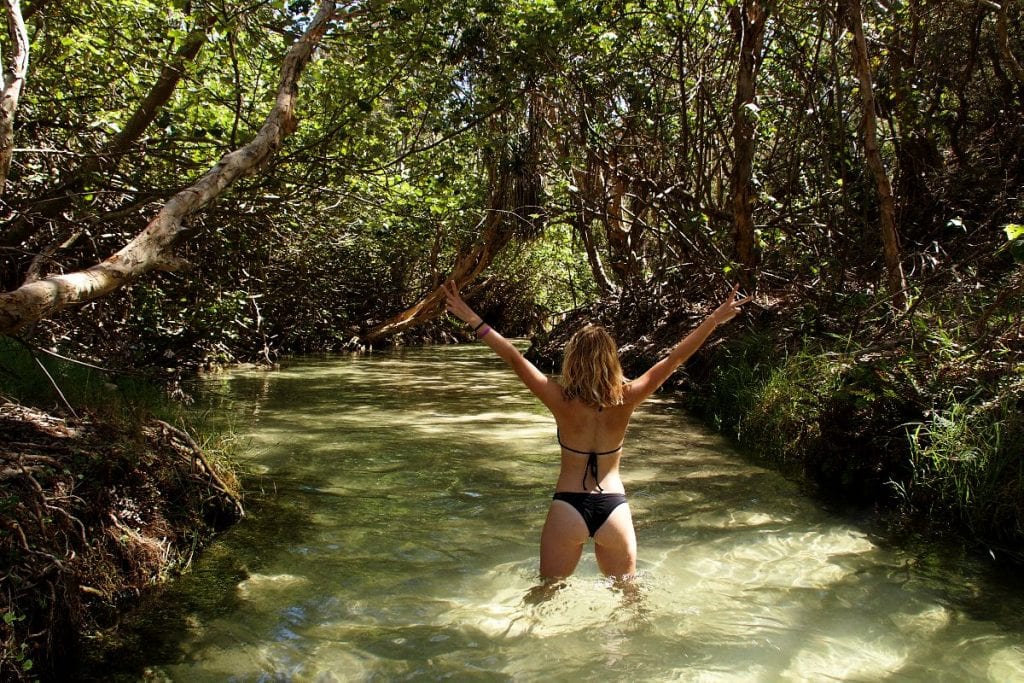 Revived from the morning swim, we made way to the Maheno Wreck with Australian Sunset Safaris. This ship was washed ashore in the 1930s when a cyclone hit nearby. 80 years later, it remains a popular tourist attraction for those visiting Fraser Island. Only a small amount of the original vessel is still remaining, as it has broken down over time. It has sunk and settled down into the sand; with added waves and salt water too, this ship has taken a bit of a beating. In fact, only about 5% of the original vessel remains. 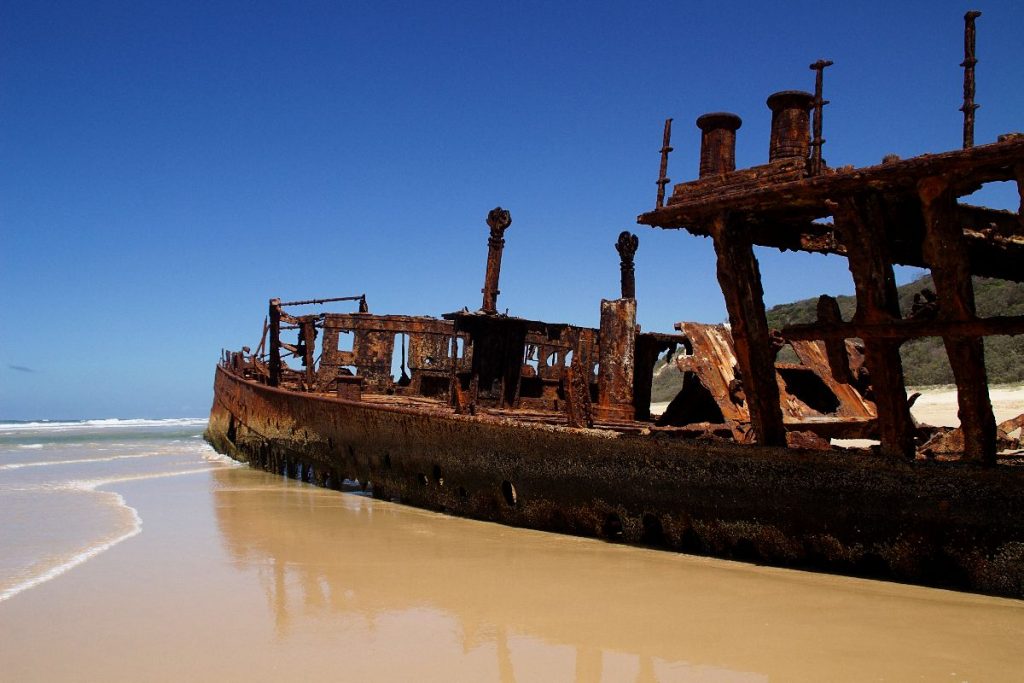 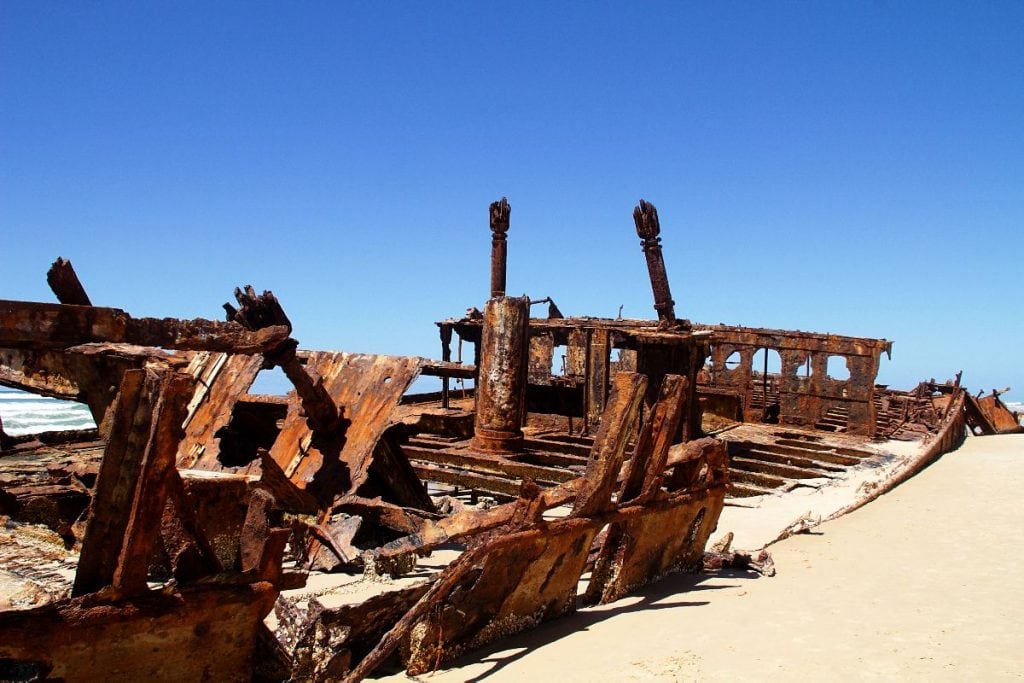 En route to cathedral beach for lunch, we stopped at the Pinnacles. These orange and white colored sand formations are extra rich in iron and silica. 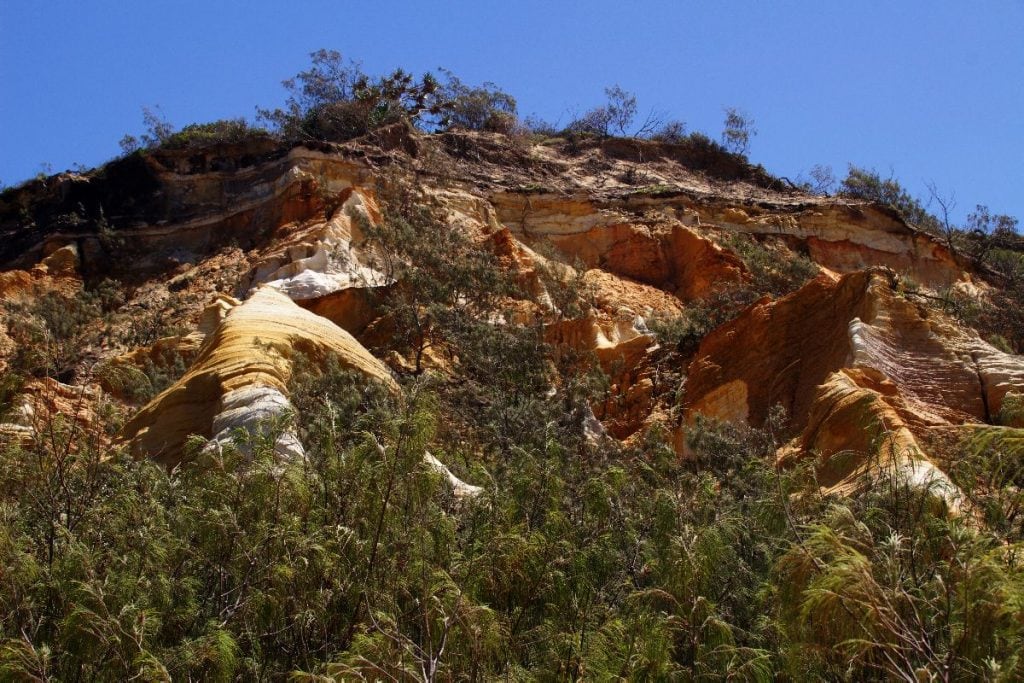 Lunch consisted of very healthy, well-prepared sandwiches. With fluffy fresh bread from the bakery, proper chicken, ham, lettuce, tomatoes, onions, cucumbers, and beets. We were even given “Tim Tams” for desert. 5FT Note: I was exceptionally impressed when I saw Peter, our guide from Australian Sunset Safaris, put on gloves when handling our food. It’s uncommon to see such sanitary measures in place, and it was something I truly appreciated.

When then continued onwards to the Champagne Pools! These rock pools are naturally made and filled with ocean water. At higher tides, the waves break over the rocks into the pools, making the water bubbly like champagne. In these rock pools, you can find various species of fish. Do be careful though, as the rocks can get quite sharp and the pools a bit deep. 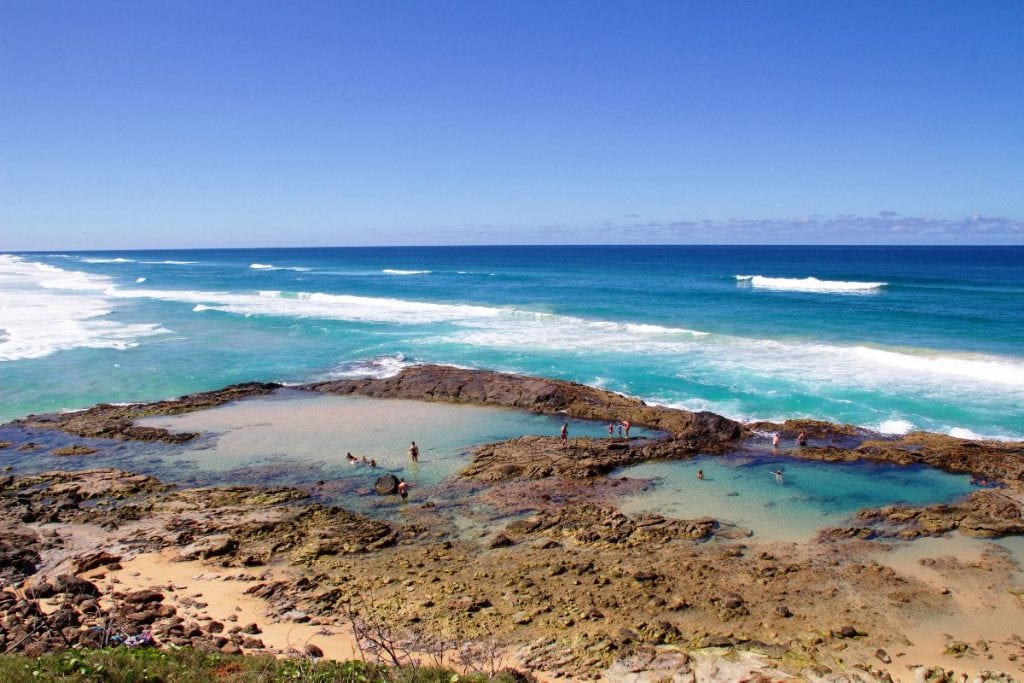 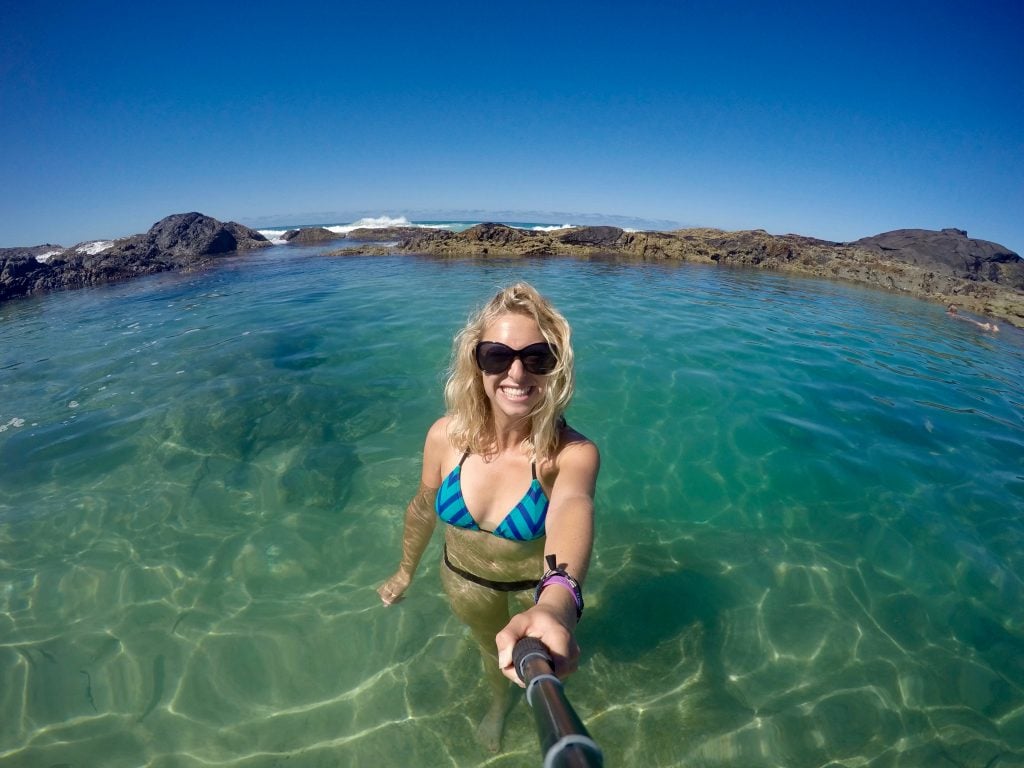 Our final stop of the day was at Indian Head. I recommend throwing on a pair of closed-toe shoes for this short hike, as the climb could be a bit slippery. The vantage point from atop Indian Head is one of the best on the island, and is a great place to spot marine life; we saw three sharks and a manta ray! Quite cool. Indian Head was named by Captain Cook; when the aboriginals saw his ship, they wondered what it was and so they all ran atop this high cliff face to get a better look. When Captain Cook saw all of the aboriginals standing there and looking his way, he named it Indian Head. 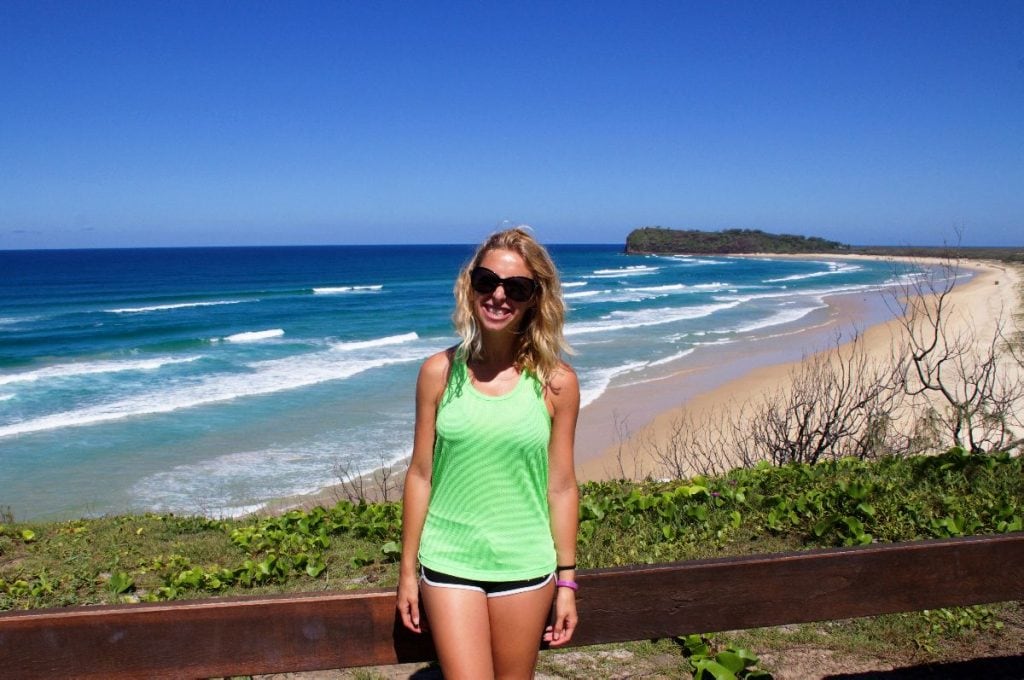 We had a bit of downtime at the resort before making our way to dinner; while the night before was “mexican” themed, this night was themed “roast” and just as tasty. Exhausted, I skipped out on the backpacker bar scene with Australian Sunset Safaris and passed out.

Leaving the resort at 8am, we headed to Lake Garawongera. Typically, Australian Sunset Safaris takes you to Lake Wabby for the final morning, however, the walking trail had recently been closed due to overly aggressive dingos on the trail.

As a substitute, we went to Lake Garawongera, another perched lake. While Lake Garawongera doesn’t have that beautiful crystal clear water like Lake Birrabeen, it is, however, infused with tea tree oil! This freshwater lake isn’t flooded by tour groups and is a great place to take a swim or read a book. Because the lake has tea tree oil, it is very good for your skin to take a dip in the lake. While it may not be as pretty as the other lakes, the smell of the lake alone made me want to stay! 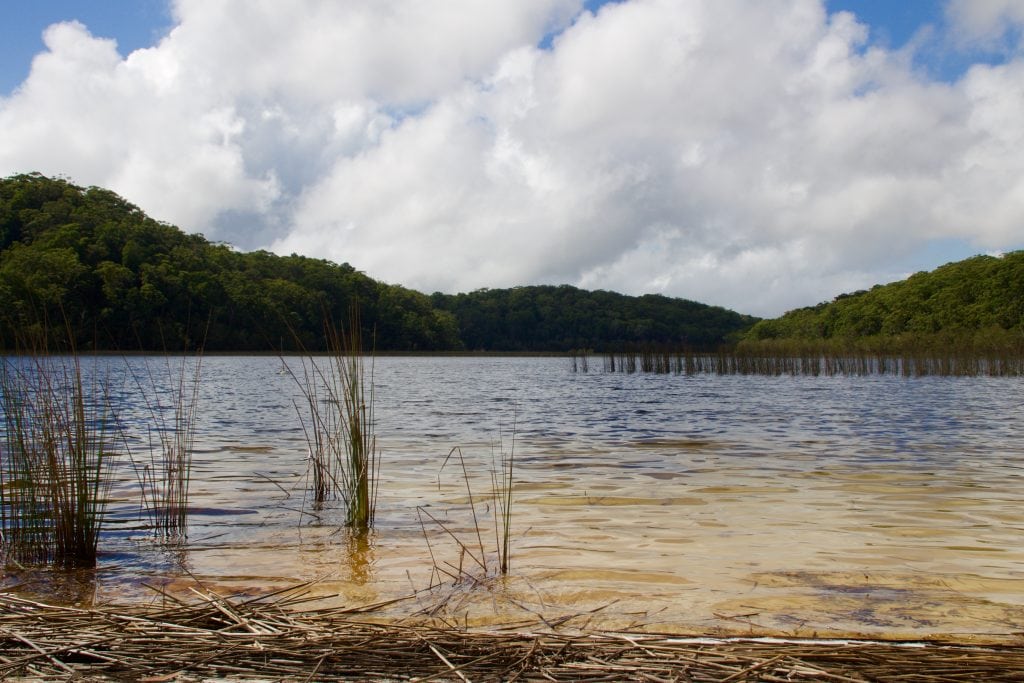 Unfortunately, Lake Garawongera closed out our three days in Fraser Island. We bumped and bounced for one final time before catching the ferry back to Rainbow Beach. 5FT Tip: We had two hours to kill in Rainbow Beach for lunch, so I highly recommend bringing a book to read or something to work on. Cafe Jilarty has free WiFi.

Once leaving Rainbow Beach, it was more or less a straight shot to Brisbane and we arrived back in the city around 6pm. I was, yet again, so impressed with Australian Sunset Safaris and the quality of their tours. I wouldn’t recommend anyone else when exploring Queensland’s beautiful islands! 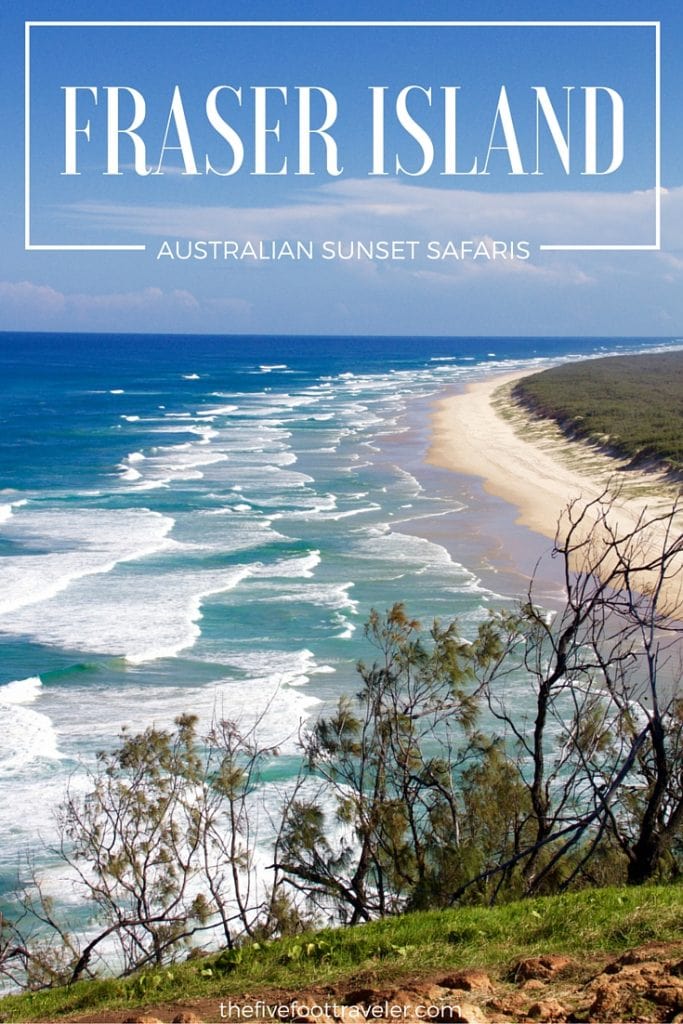