And This Is Why You Should Have Travel Insurance: Part 2

As we watched the carousel go around and around, I just knew that it wasn’t going to arrive. Luggage, that thing you hope and pray will pop out of the right airplane and into the right airport. But sometimes, just sometimes, it doesn’t always work out that way.

I felt in my gut that something was wrong. My bag came out with a clunk that indicated a heavy backpack, phew! A few more minutes passed, the carousel was clear, and Philip’s luggage was no where to be found. “He doesn’t have travel insurance” was the only thing on my mind. Of course, it wasn’t the right time to bring that up, especially considering we got into an argument about travel insurance (or his lack thereof) days before. Can you guess who believed in travel insurance and who found it unnecessary? Thought so.

So, we went into the makeshift lost luggage office to file a formal complaint and were told that the luggage should arrive within a day. Alright, no problem. The man “printed” a receipt form of his lost luggage complaint on a machine that should have been demolished thirty years ago. Pairing that with the dishevelment of the office, we knew then that things may get interesting.

We called back that night, nothing. We called back the following morning, nothing. The following night? Nothing. On the second day, we were told it was en route to Poland, but that night we were told it never arrived. On the third day, we called back, frustrated and demanding answers. We were told that LOT Poland had no means of calling JFK but that they would send a fax. A fax to one of the busiest airports in the world, logical. JFK, on the other hand, was saying that the luggage had arrived in Poland and that LOT Poland must have misplaced it. It most definitely hadn’t arrived in Poland.

We went to bed, woke up the next day, and discovered that his luggage couldn’t be tracked – neither from JFK’s end nor Poland’s end. At this point, my parents decided that enough was enough and drove to JFK to demand answers in person. Unbeknown to both LOT in JFK and LOT in Poland, Philip’s bag was actually locked up way in the back of the lost and found! It was mistagged and, according to LOT’s computers, in Poland. Lo and behold, it was not. Thankfully, my parents were running through the airport trying to get in on the next flight to Poland…which left in twenty minutes. Run Forest Run. Let’s just say, they had their mini cheering squad from the two of us in Poland at 4am our time. Thankfully, they succeeded in getting it on the next flight to Warsaw with minutes to spare.

It was supposed to arrive at 17:00 on the fifth day that it was missing. We called at 17:30, no news. Called again fifteen minutes later and were told it would arrive between 18:00-20:00. Okay. We went to the bus station to purchase our overnight bus tickets to Budapest, the luggage was supposed to arrive before we would leave, right? An hour before we were to leave Mosquito Hostel, it still hadn’t arrived. We called the airport, yet again, and were told that they had no means of contacting the luggage driver because he didn’t have a cell phone. TEN MINUTES before we had to leave to catch our bus, the luggage arrived. The deliverer was greeted with a massive man-hug from Philip and cheers from the hostel, the hostel in which everyone knew of our struggles.

This story is important to note for two reasons:

Most people always say, “Well that wouldn’t happen to me,” but these circumstances are out of your control. It’s better to be protected. My own travel insurance has come in handy on three separate occasions, clearly paying off the price of the insurance right then and there. Just remember that it can happen to you and, if you’re not insured, you take the very real chance of something unfortunate happening to you and/or your belongings.

At the moment, Philip will admit, with some bitterness, that he was absolutely wrong and should have purchased travel insurance. He was also mercilessly made fun of by one Canadian friend in particular (ahem – Chris), while everyone else told him it was imperative to purchase. I think he learned his lesson. 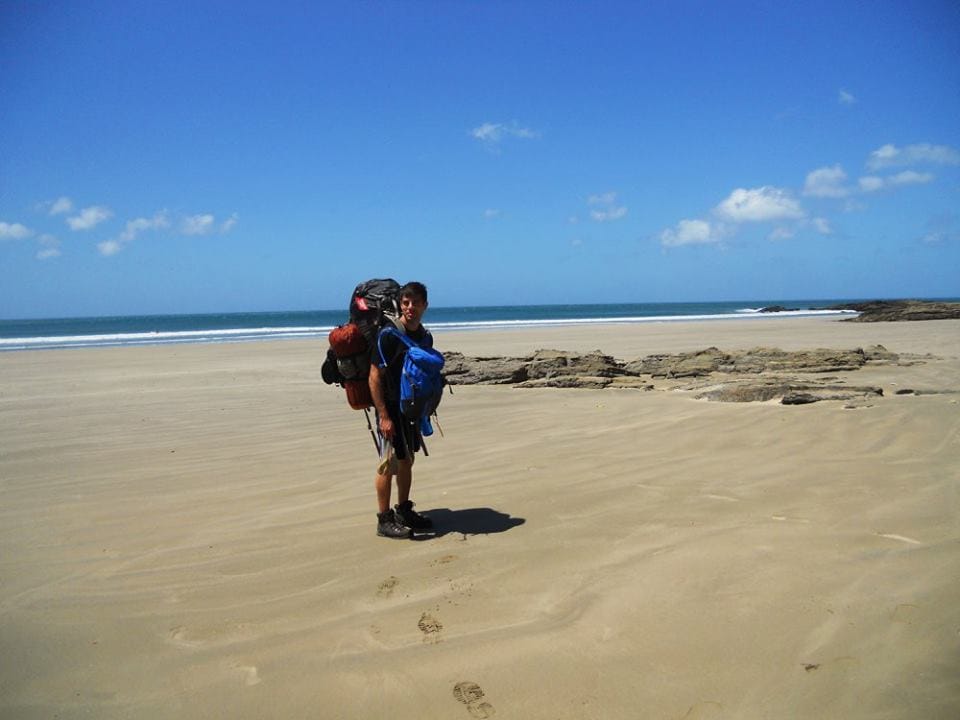