10 Things To Do In Vilnius

Like Estonia and Latvia, Lithuania also had a dark past filled with conquerers and dictators before the country finally won its independence from the Soviet Union on March 11, 1990; they were the first of the Baltic States to declare Independence. 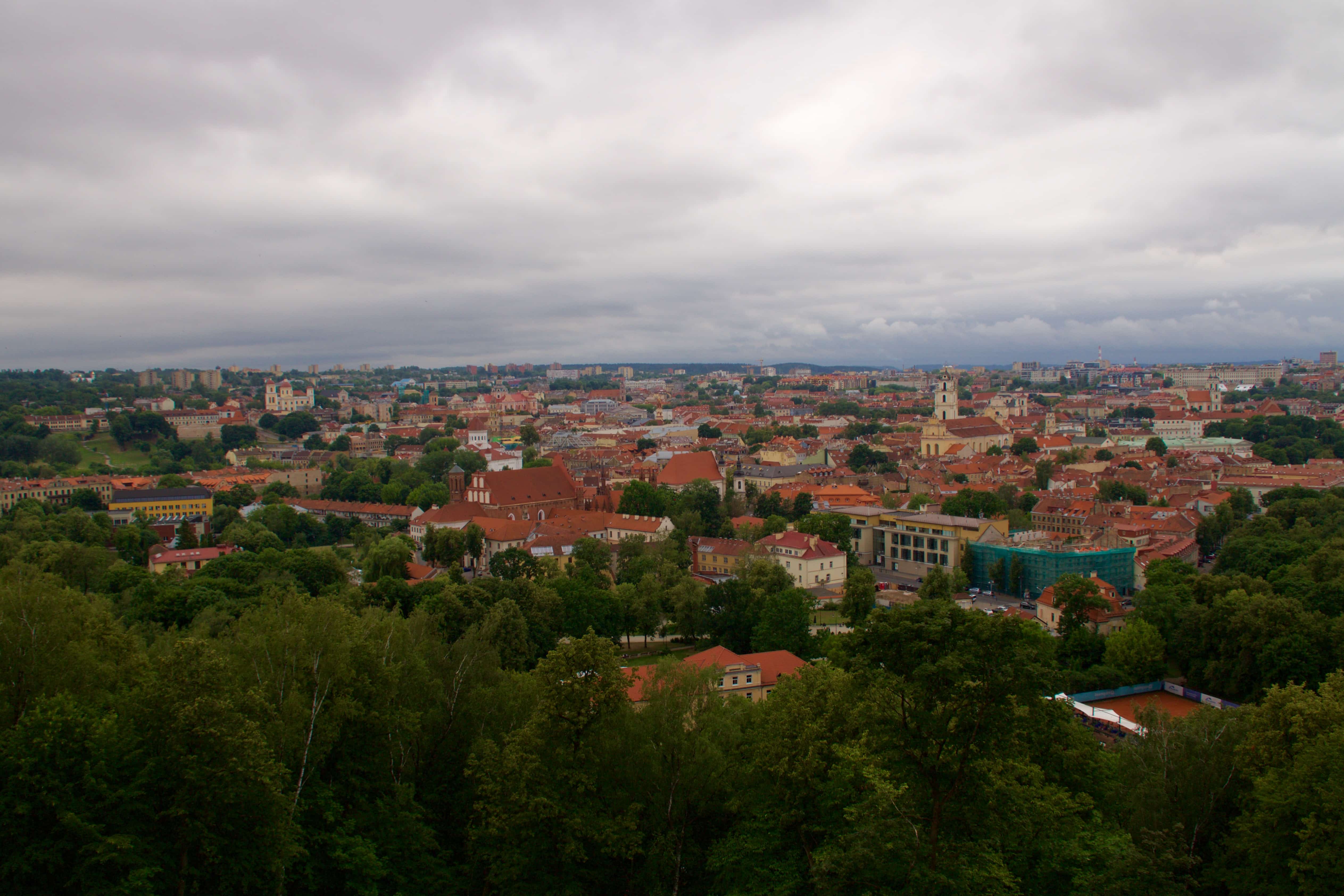 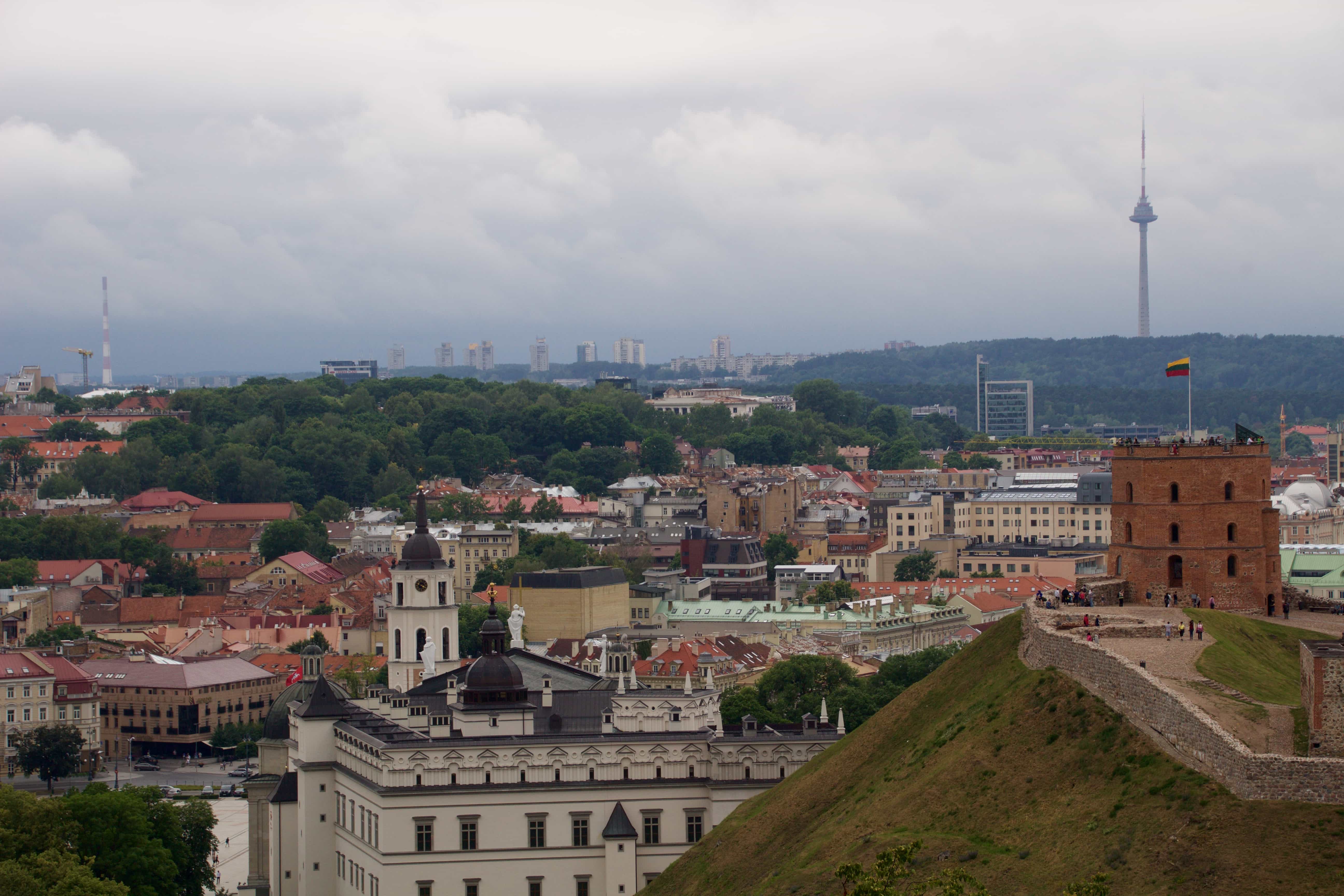 Today, there is almost no crime in Vilnius and there is virtually no police present. The country has grown to become a strong IT center and is said to have the fastest internet in Europe for the cheapest prices.

If you only have two days in Vilnius, there are 10 things you must do and see…

If you do one activity in Vilnius, it has to be a hot air balloon ride! During the Soviet Union, hot air balloons were banned because they were considered too unpredictable and, thus, too dangerous for the communist party. Hot air balloon flights in Vilnius did not begin until 1988; prior to this, it was a crime to own businesses in the Soviet Union. Ever since the collapse of the USSR, the city of Vilnius has been crazy about balloons. In fact, ten to twelve balloons fly over this Lithuanian capital every day! Take a flight with Hot Airlines, and you’ll be blown away…figuratively, not literally! Read more about my experience soaring over Vilnius here. 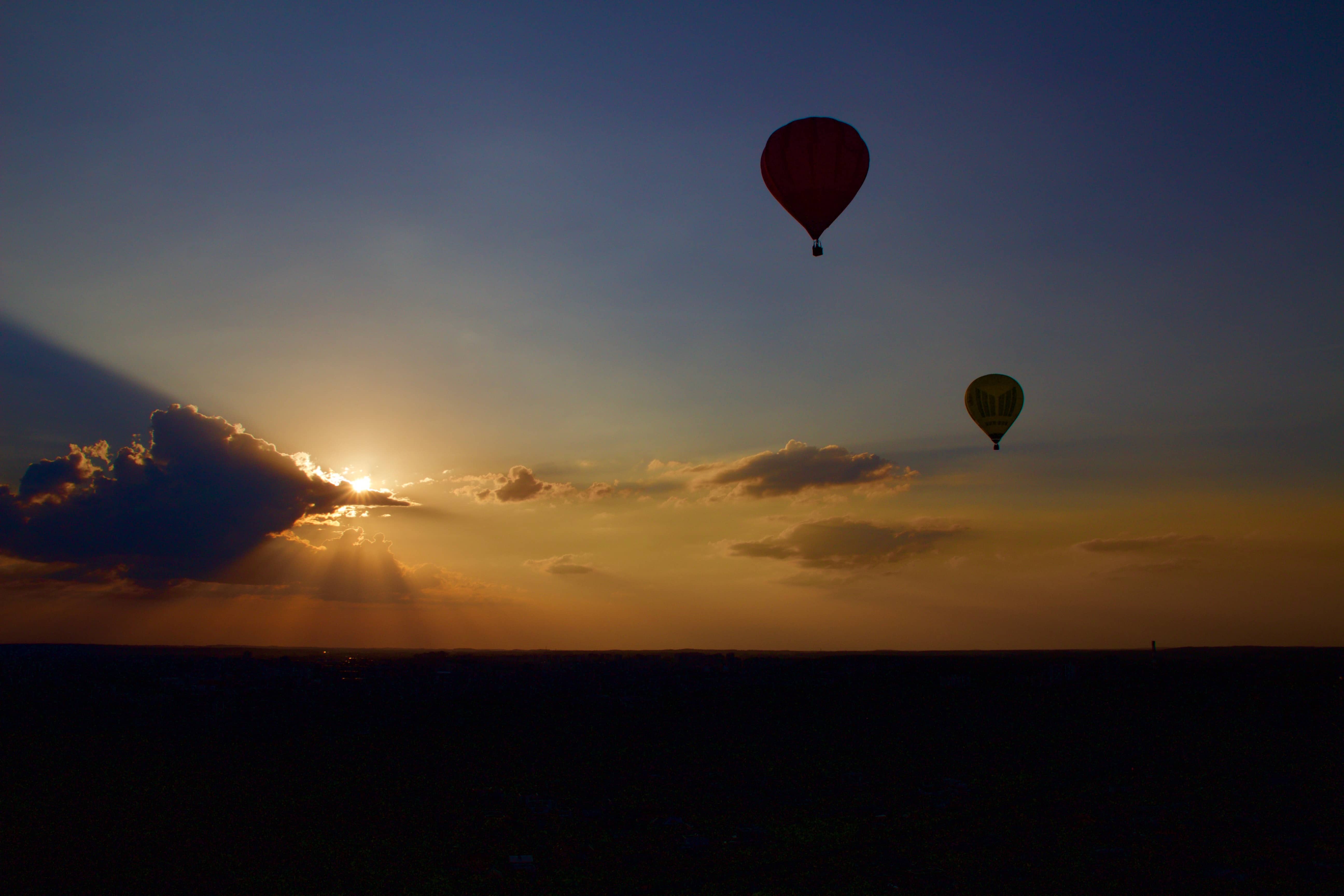 The main square of the Old Town is quite vast and absolutely pristine. It’s home of the Vilnius Cathedral and associated Bell Tower. The Square itself didn’t come about until the 1800s though, as it was previously filled with medieval houses. The Square is also notable because it makes the beginning of the Baltic Way — a human chain which linked Vilnius with Riga and Tallinn. On August 23, 1989, about two million people came together to hold hands, and thereby create a human chain, that spanned 419.7 miles (675.5 km) across the three Baltic States with one goal: independence. The stone commemorating the event can be found in Cathedral Square, and legend has it that if you stand on it and spin three times while making a wish, your wish will be granted. 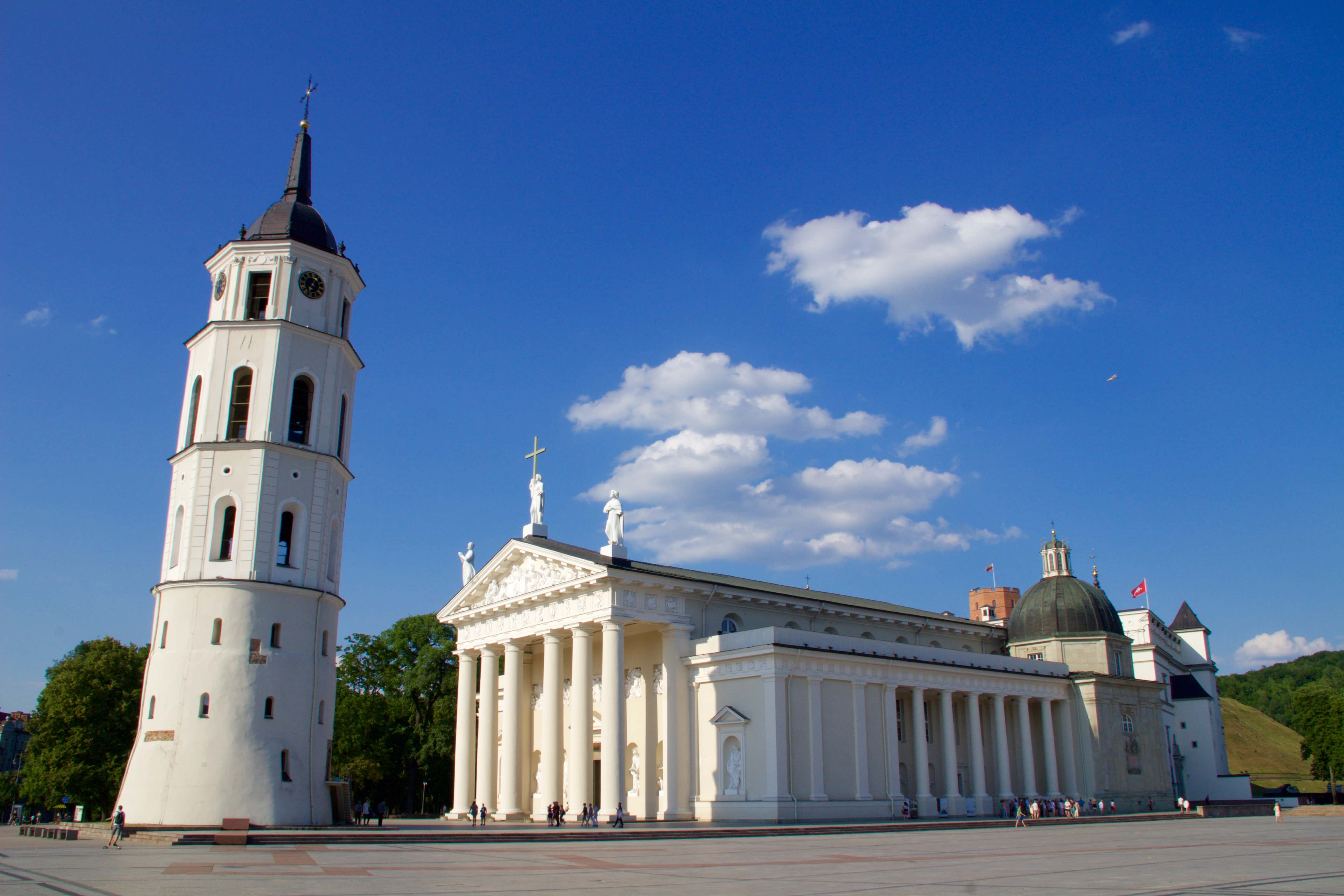 3. Hill of the Three Crosses

The Three Crosses can easily be seen from Cathedral Square. With an easy stroll up the hill, you’ll find yourself with sweeping views of Vilnius and three perfectly white crosses. 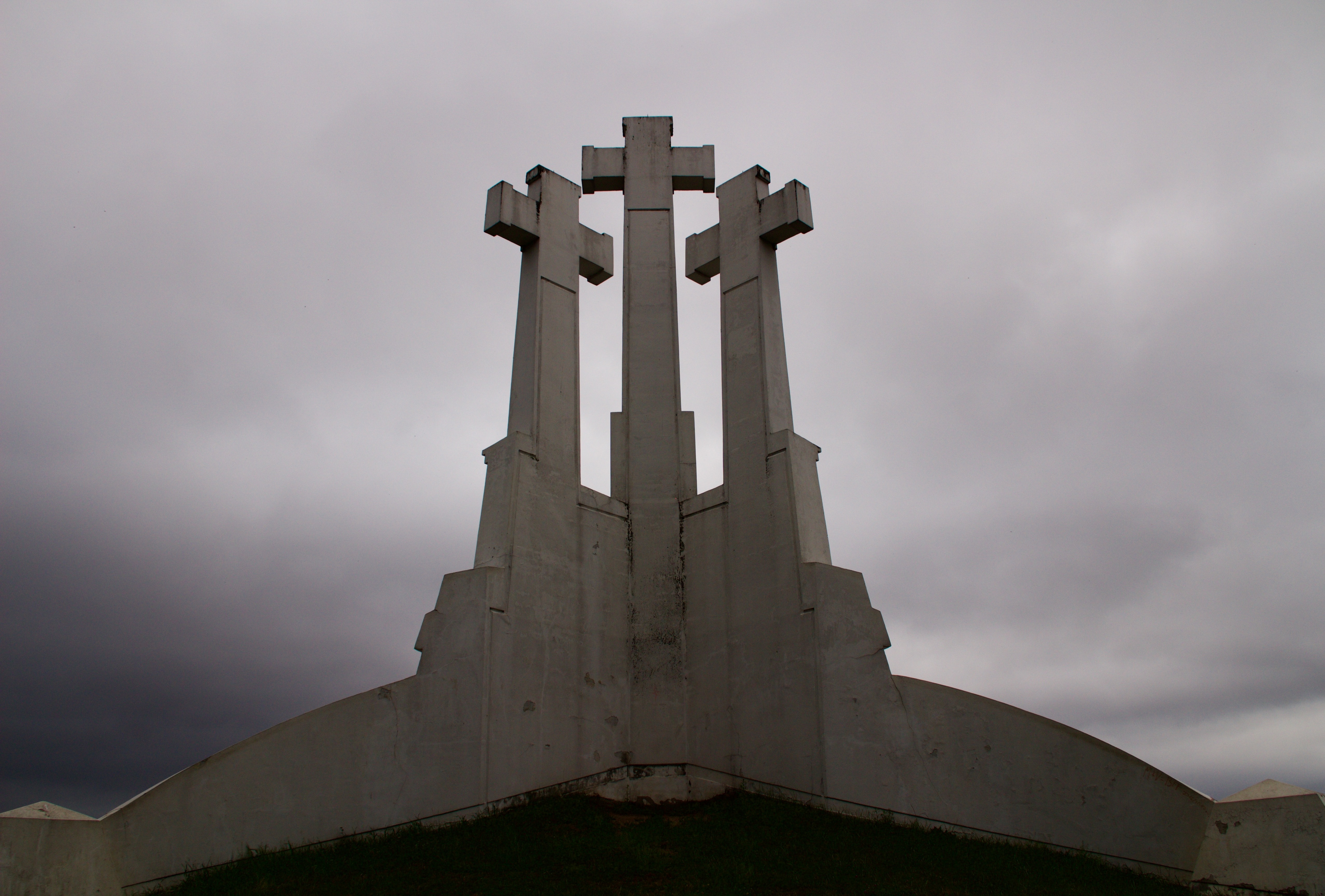 The crosses were originally built in 1916 to commemorate the seven monks that were tortured on this hill before Lithuania converted to Christianity. It was blown up by the Soviet Union in 1950, and you can still see the remnants of the crosses on your way up. 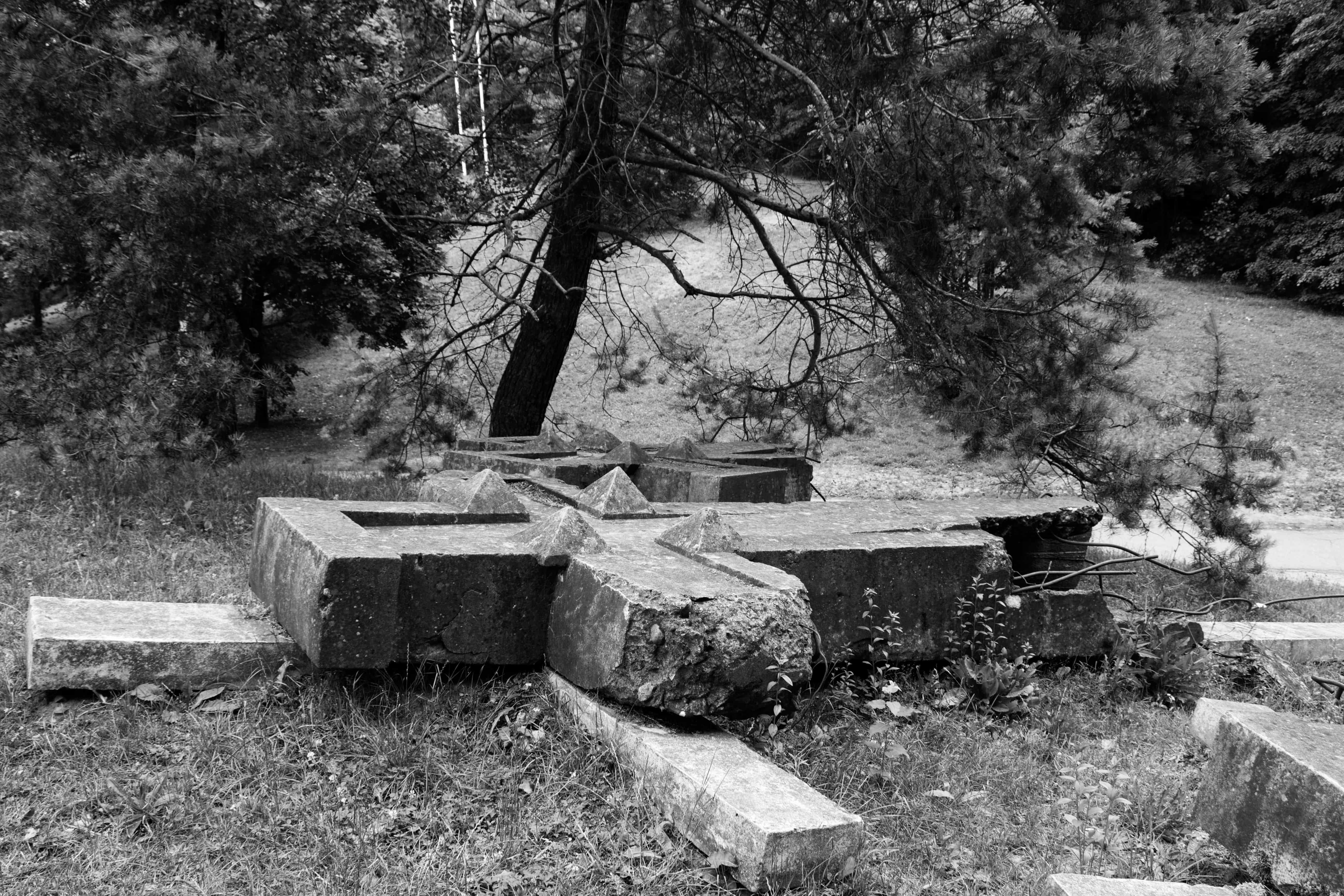 Vilnius erected new crosses in 1989 to reiterate the importance of Christianity to Lithuanians.

The first ever Town Hall was built in 1432, but after the collapse of the clock tower, it was reconstructed in 1799; this is the structure that stands in Town Hall Square today. It is located in the center of the Old Town and makes for a great starting point for a wander around the Old Town. 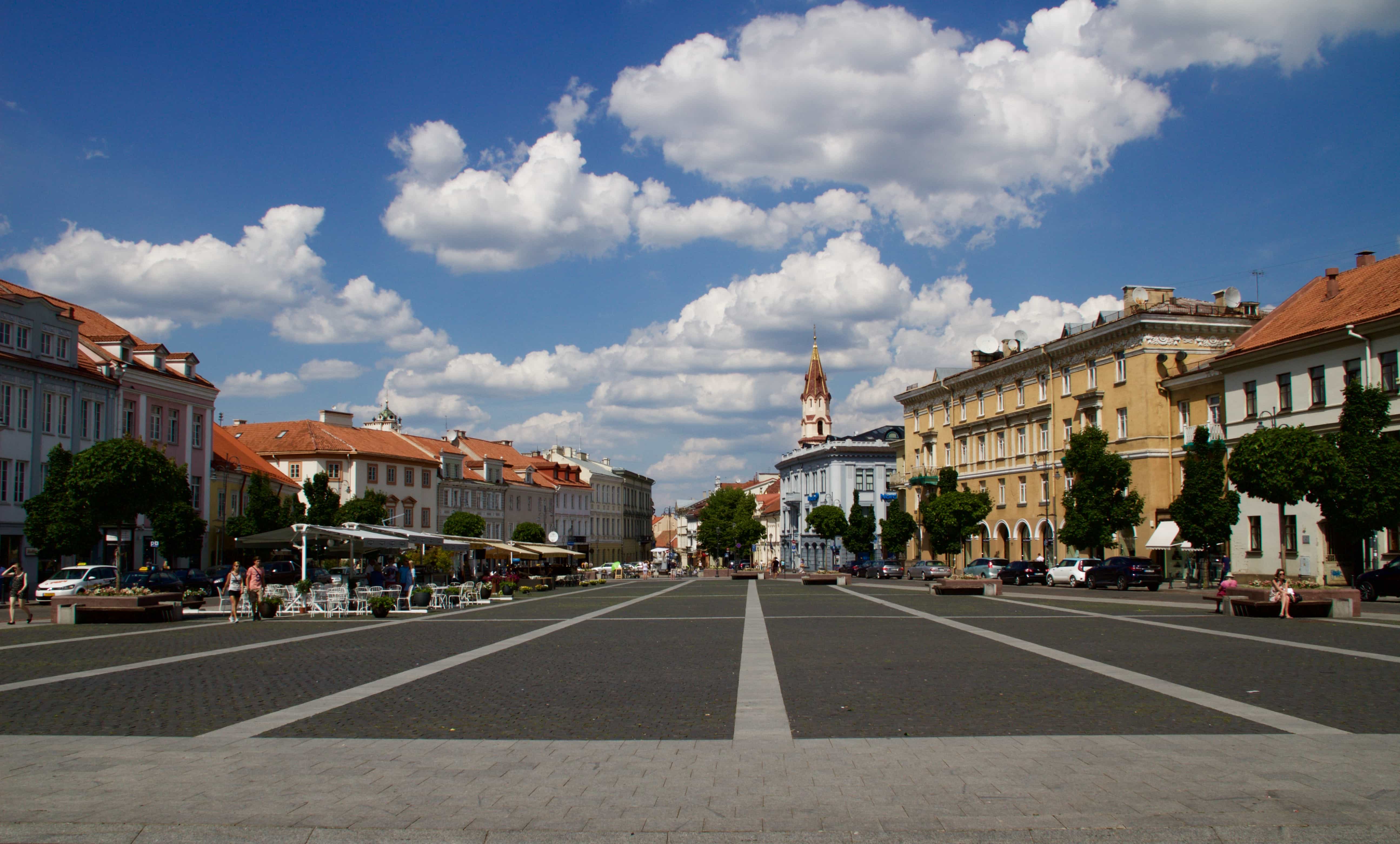 If you go to one museum in the Baltics, let it be the KGB Museum. It was fascinating and heartbreaking as it tells of the struggles under both the Soviet Union and Nazi Germany. During the first Soviet Occupation, people were deported to Siberia; they started on June 14, 1941 and lasted until June 22, 1941 when the war broke out between Germany and the USSR. During this time of forced relocation, families were torn apart and all of the property left behind were confiscated and redistributed to those in the USSR. It’s unfathomable to think that in those seven days, more than 18,000 people were sent to exile, prisons, or concentration camps. 18,000! 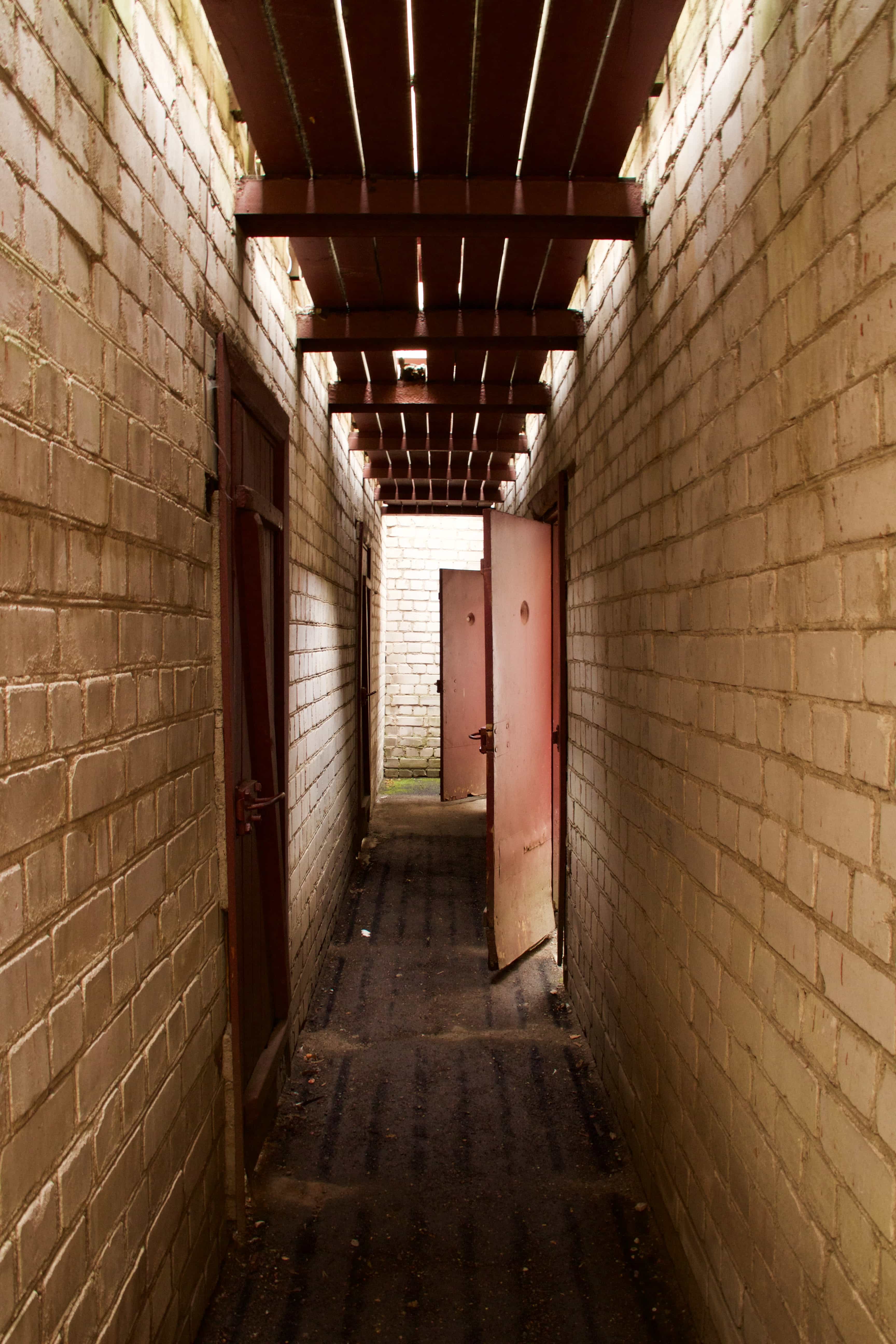 6. Sight of the Great Synagogue of Vilnius

While nothing remains of the Great Synagogue of Vilnius today other than a plaque, this was once the grandest of Synagogues. There was a law at the time that Synagogues couldn’t be higher than the Churches and so the Jews improvised — to the naked eye, it looked like a three-story building, but they were clever enough to build an additional 2 levels underground! This Synagogue was so large that it could hold up to 5,000 worshippers at once! The Synagogue was destroyed by the Soviets between 1955-1957; in it’s place, they built a basketball court and kindergarten. 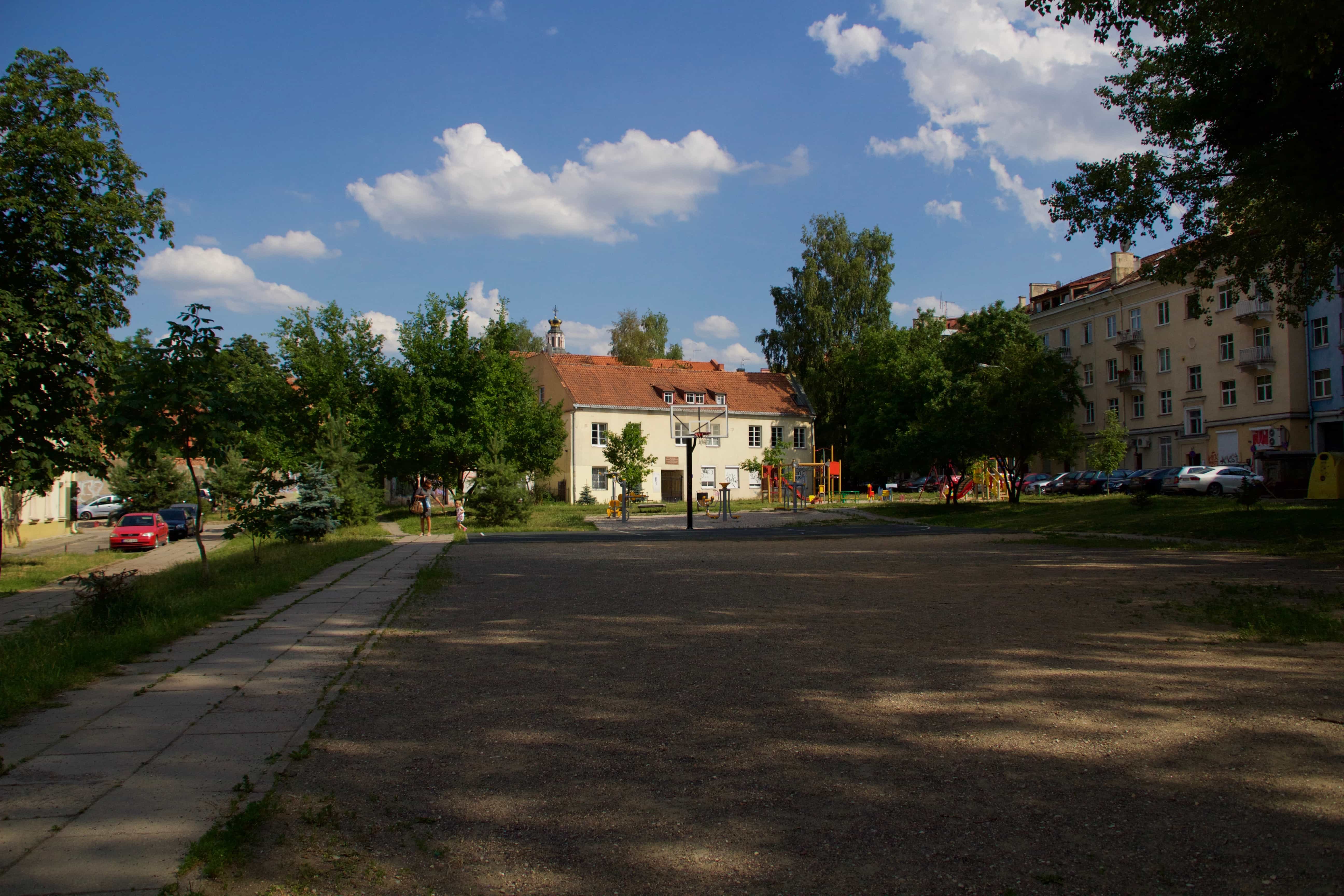 When the city wall was constructed in 1522, every person in Vilnius had to partake in its construction regardless of social status. It originally had ten gates and five towers. The Bastion was constructed as an extra means of defense and had underground areas for cannons and corridors; in theory, the use of artillery fire would cause their enemies to retreat. Honestly, it just looks cool. Go check it out! 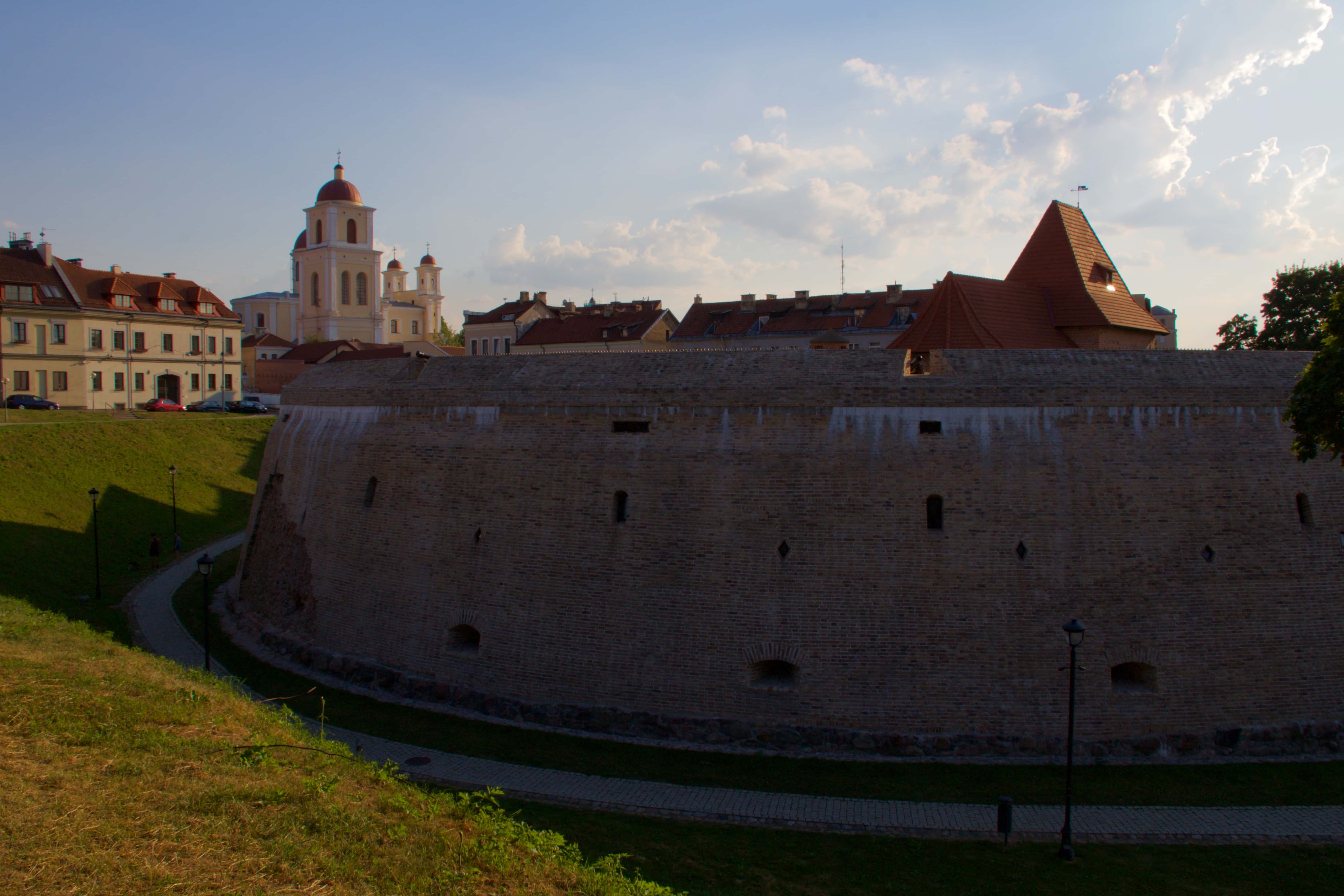 This church is an architectural gem in Vilnius! It was built with 33 different kinds of clay bricks that were painted red. It stands apart from every other building in Vilnius, and its facade has remained virtually the same since 1500. 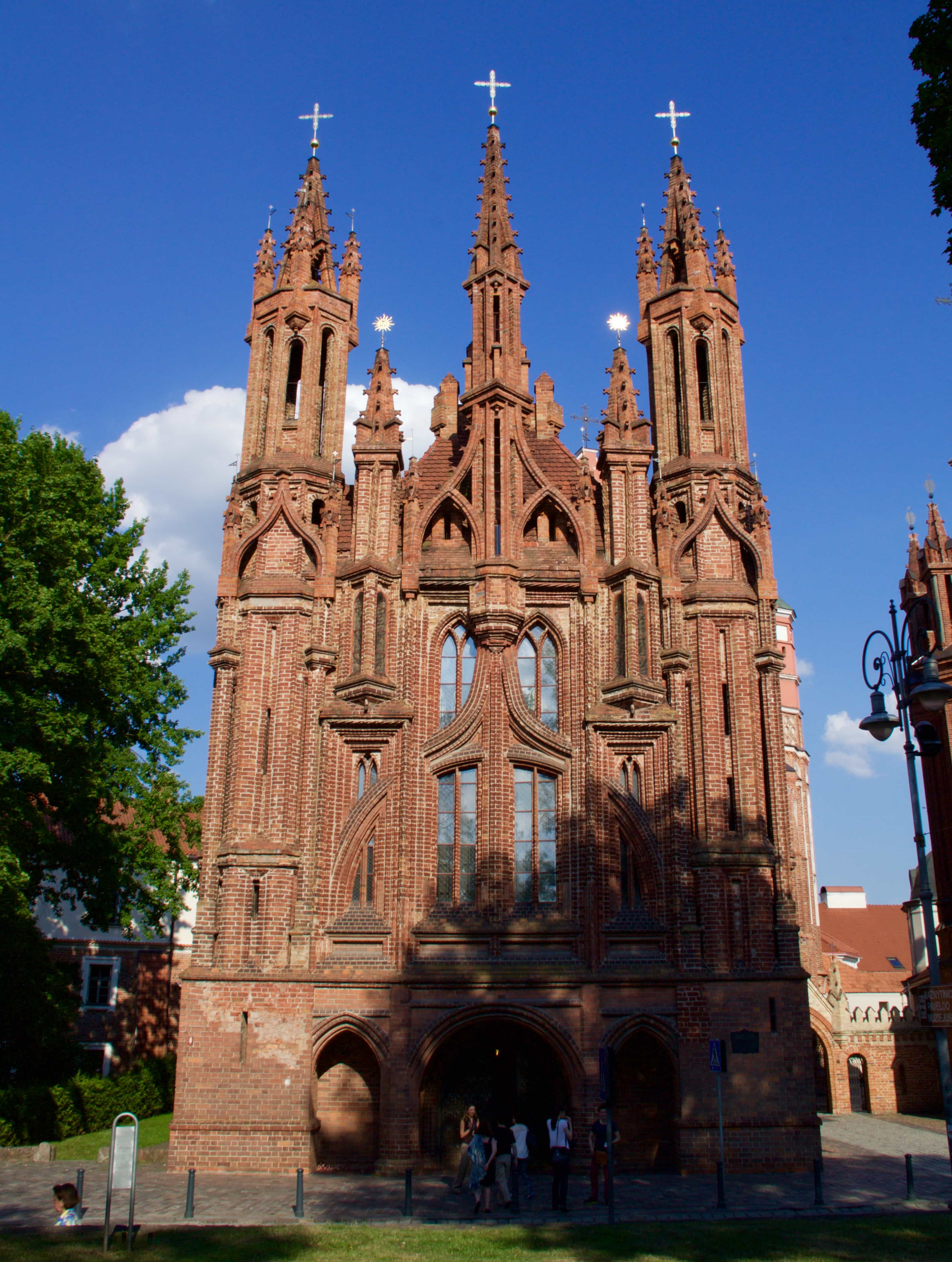 Did you know that the President of Vilnius is not only a woman, but she’s fluent in four languages, well-liked, an economist, and a blackbelt as well. While the President doesn’t live there, she works there. 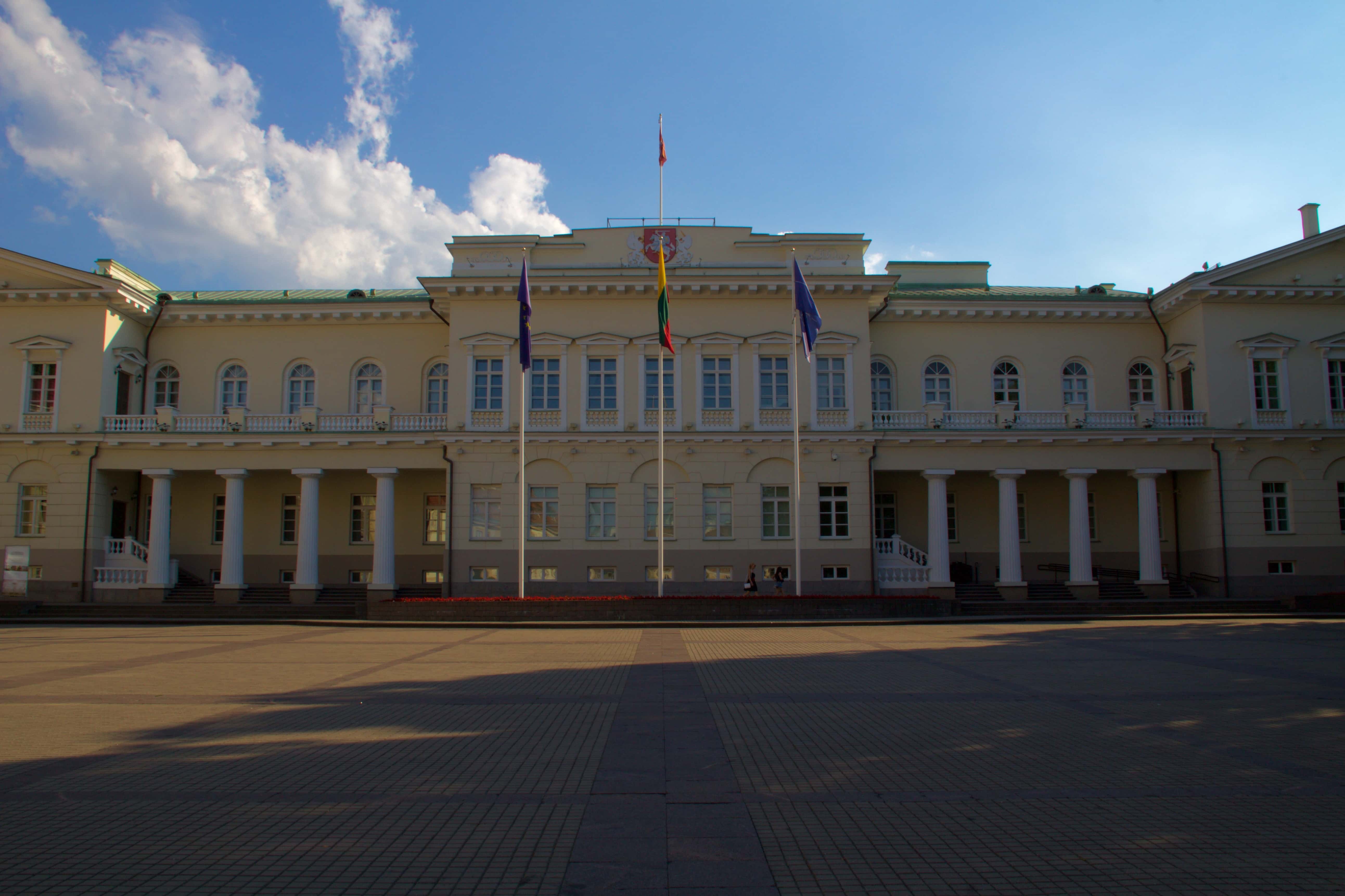 Created in 1997, Užupis is an independent artist’s state within Vilnius. It was once a place of crime and while they’re independent, they never had to ask for independence — they declared they were independent, and so they were! Unlike the Freetown Christiania in Copenhagen, are is the most important aspect of Užupis, not drugs. 5FT Fun Fact: The mayor of Vilnius lives in Užupis and sometimes works as an Uber driver. 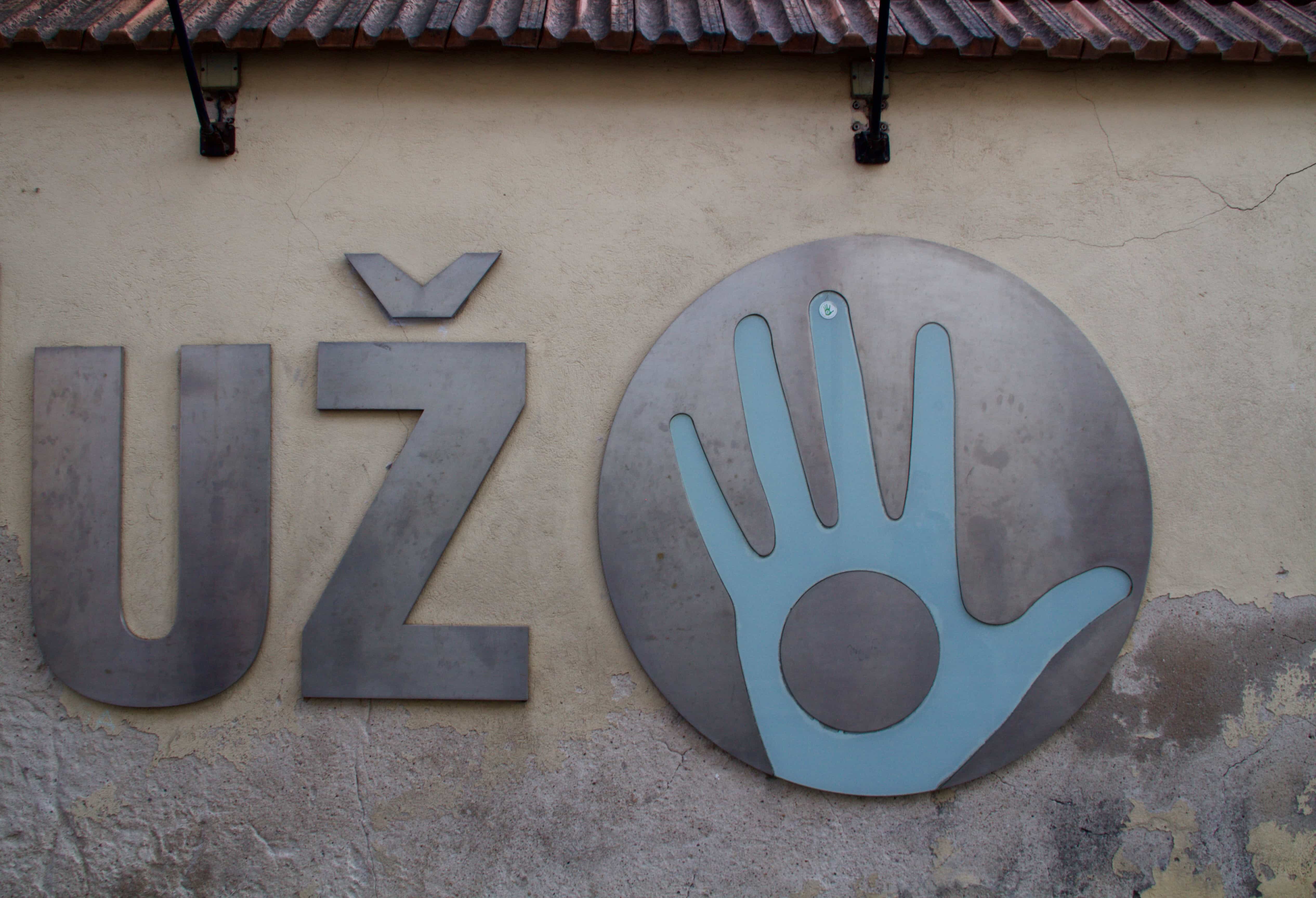 When crossing over the bridge from Vilnius to Užupis, you will see the sign welcoming you to Užupis and presenting the four governing rules: smile, drive well, be interested in art, and don’t drive too fast or else you’ll end up in the river. 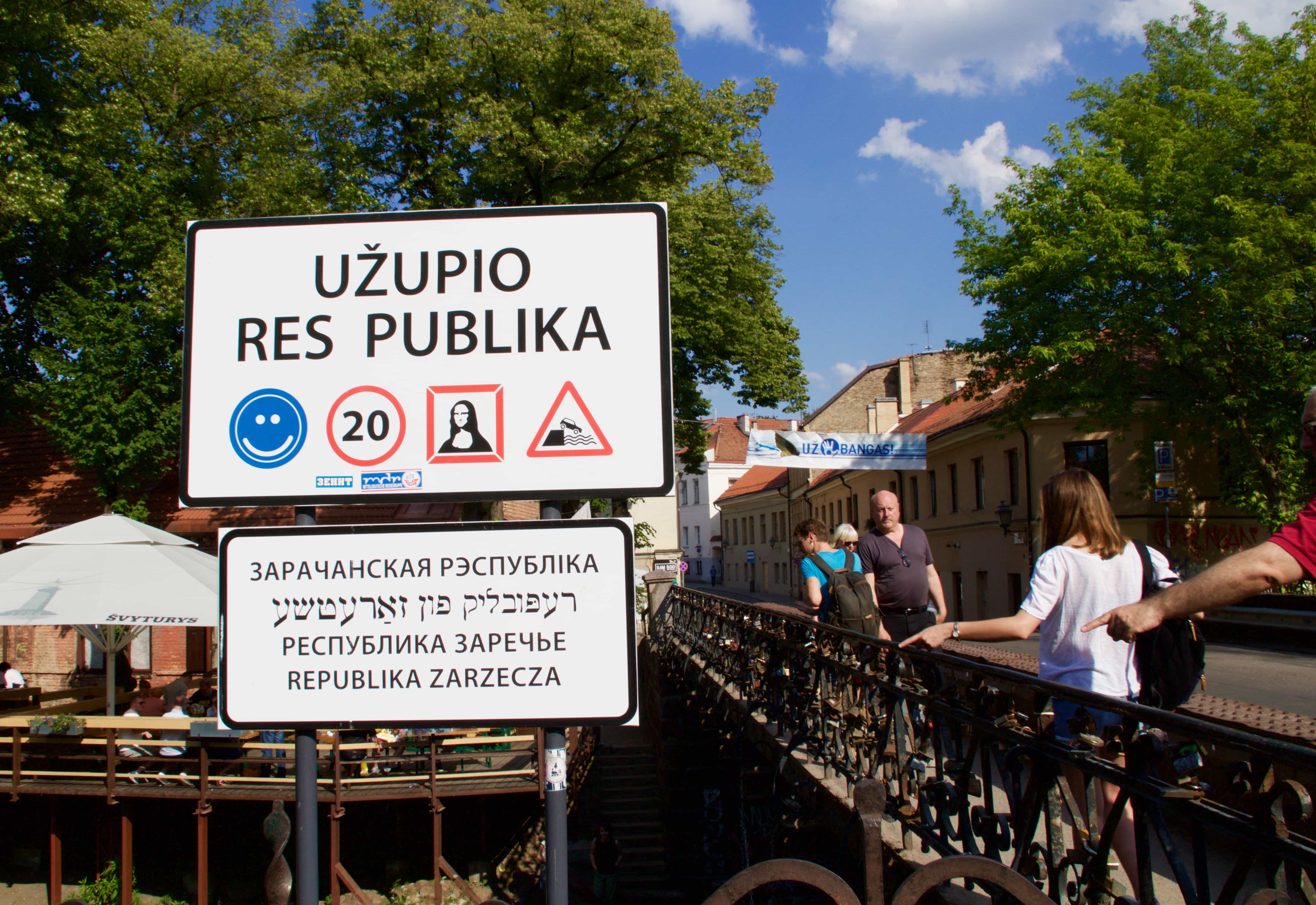 Once across the bridge and into Užupis, look at the foundation of Vilnius across the stream and you will find a Mermaid Statue. This statue will talk to you if you have the app on your phone. There are 15 talking statues around the city, but they sound like phone sex operators! 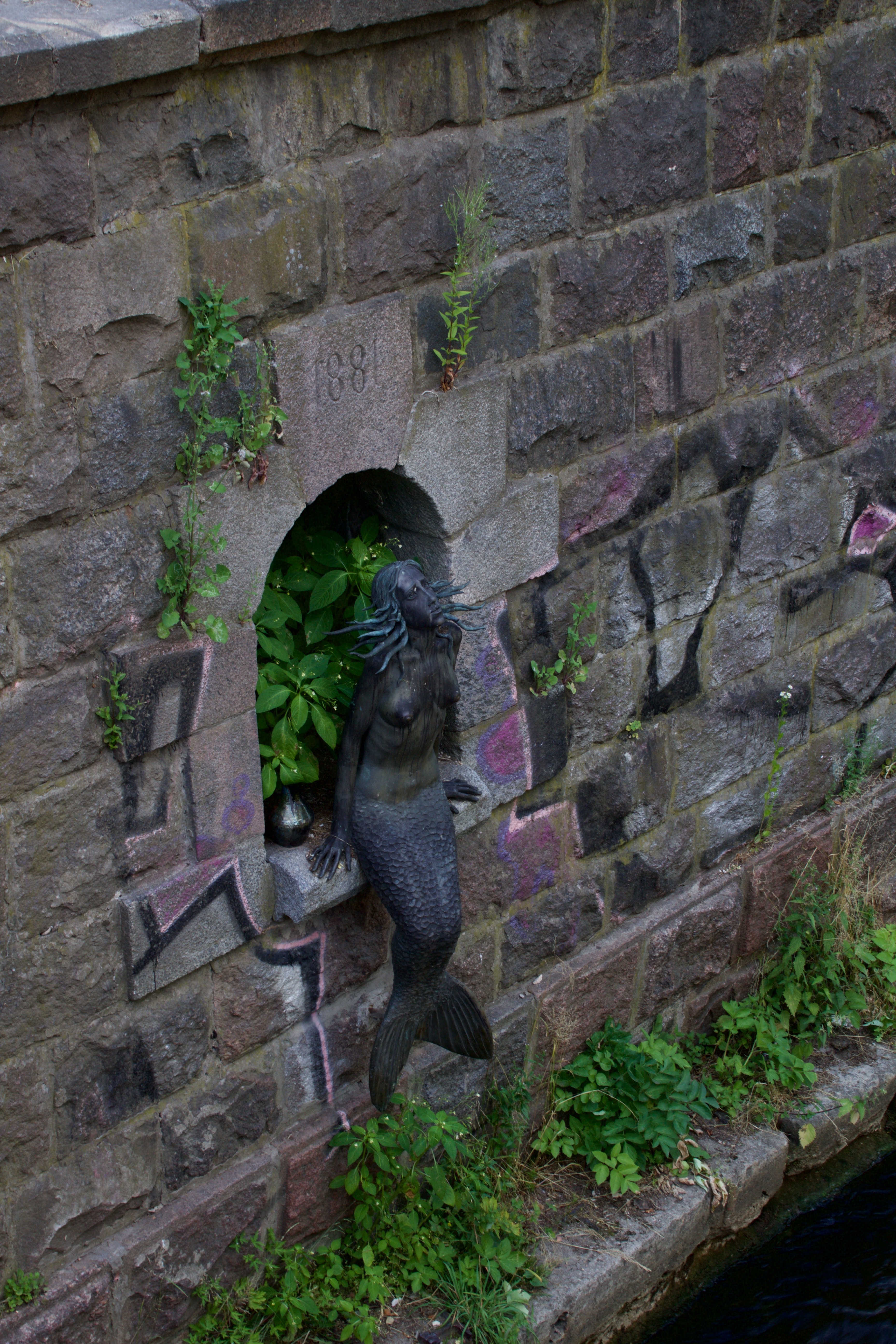 Pop into the bar next to the bridge, also known as “barliament” to get your passport stamped! Really. Ask the bartender.

There are many different art installations within Užupis, with my favorite being the first backpacker: Jesus. 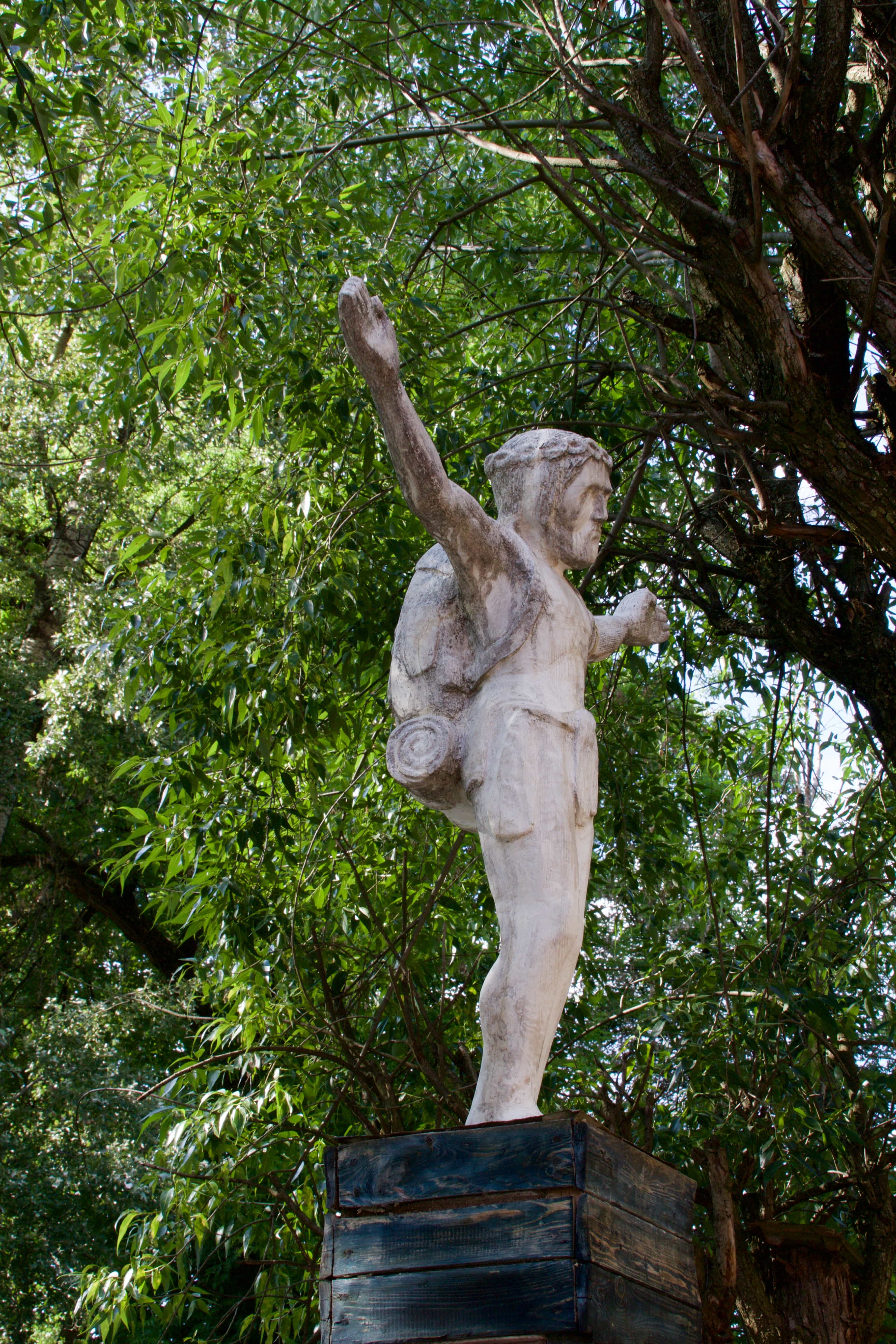 Walk further into Užupis to find their constitution. It is translated into 23 different languages. If you ever wanted to see a constitution read “a dog has the right to be a dog” or “people have the right to have no rights,” we’ve found the place for you! 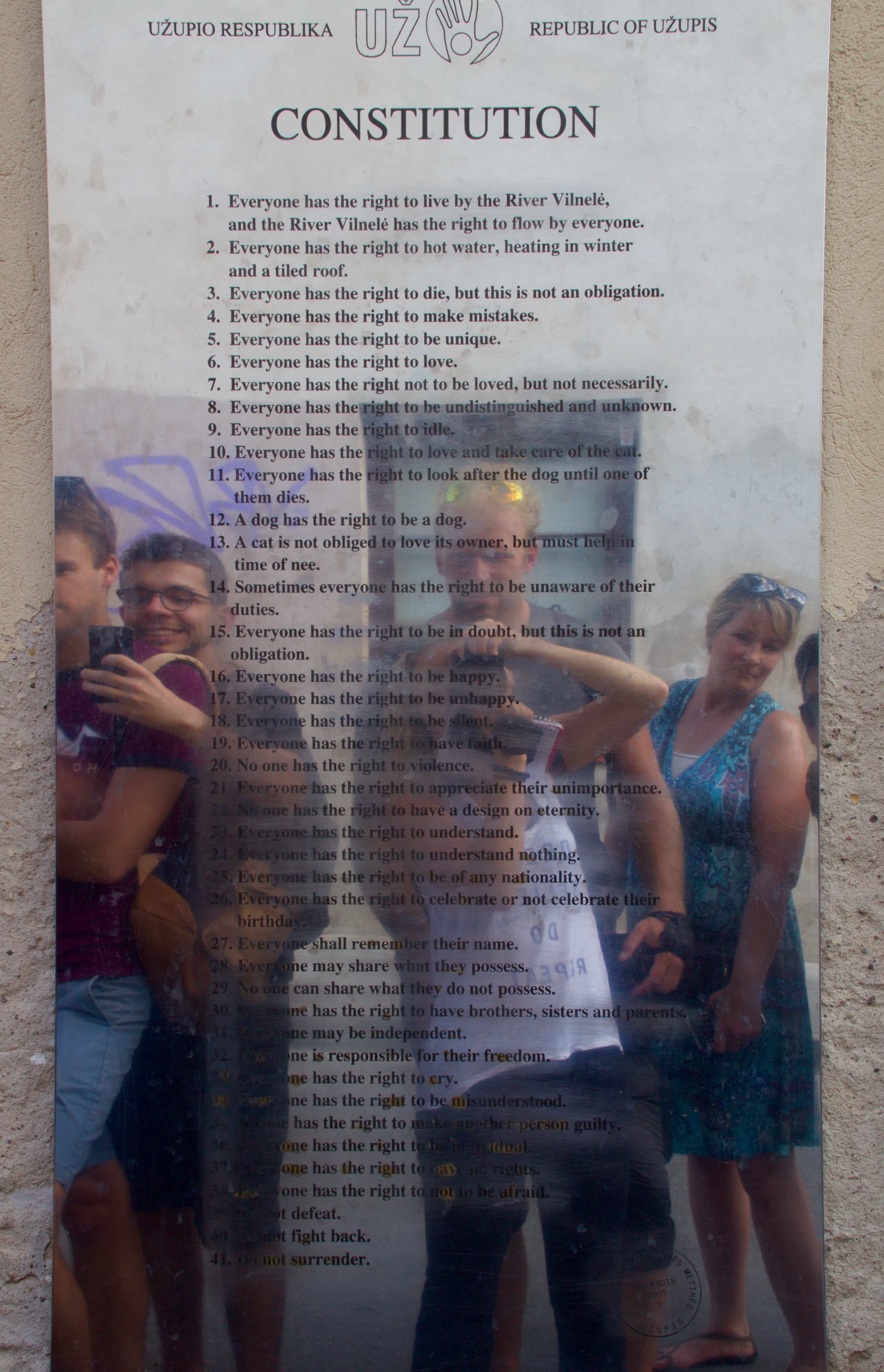 Continuing on, you’ll find the Angel of Užupis, which is the main symbol of Užupis. In the same area, there’s a water pipe that works as a beer tap on April 1st — the day they celebrate their Independence. 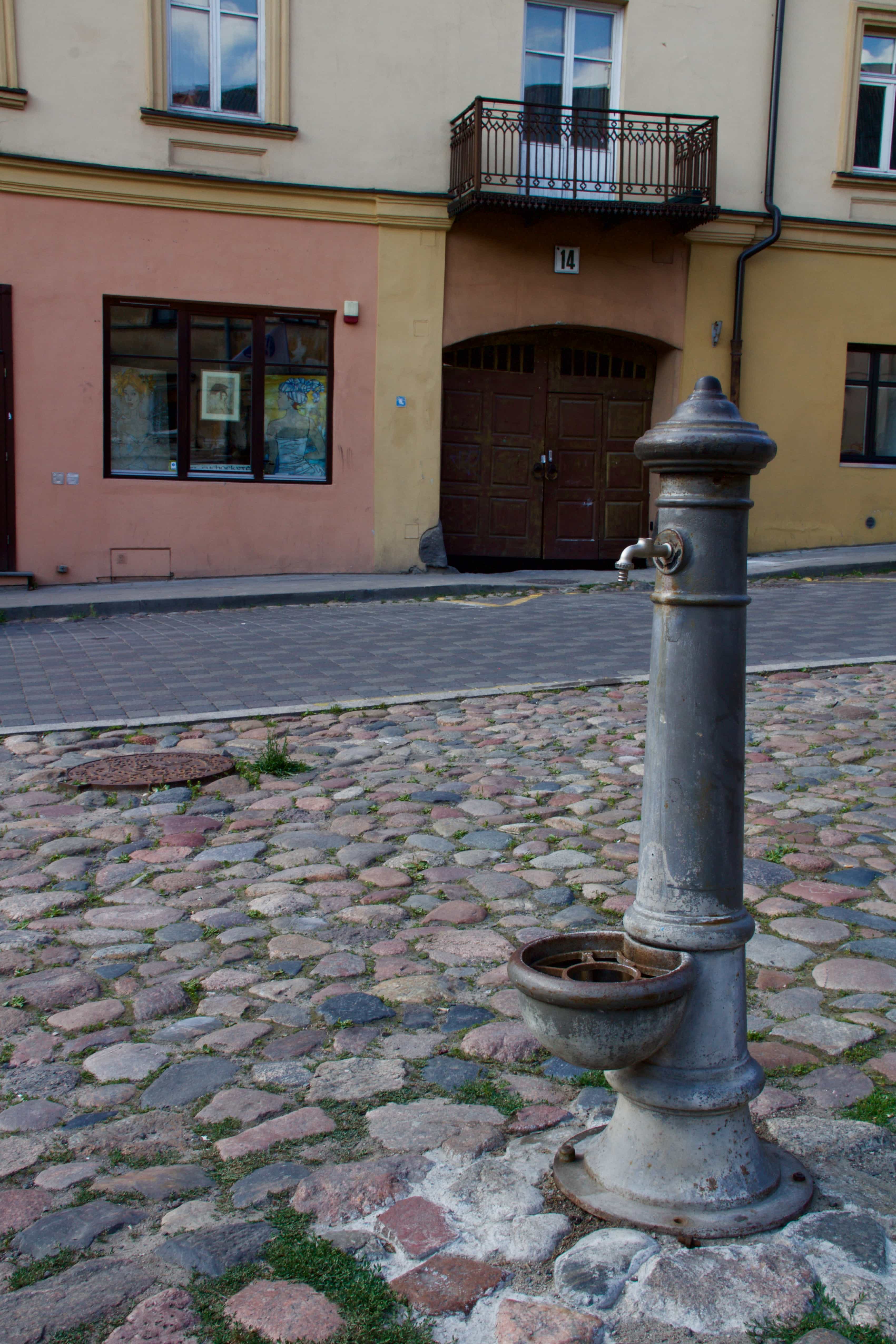 Before exiting Užupis, we stopped in Tibetan Square. Their statement that Tibet should be free caused many issues with the Chinese government (especially on the import/export end of things), but it is the only political statement that Užupis has ever made. 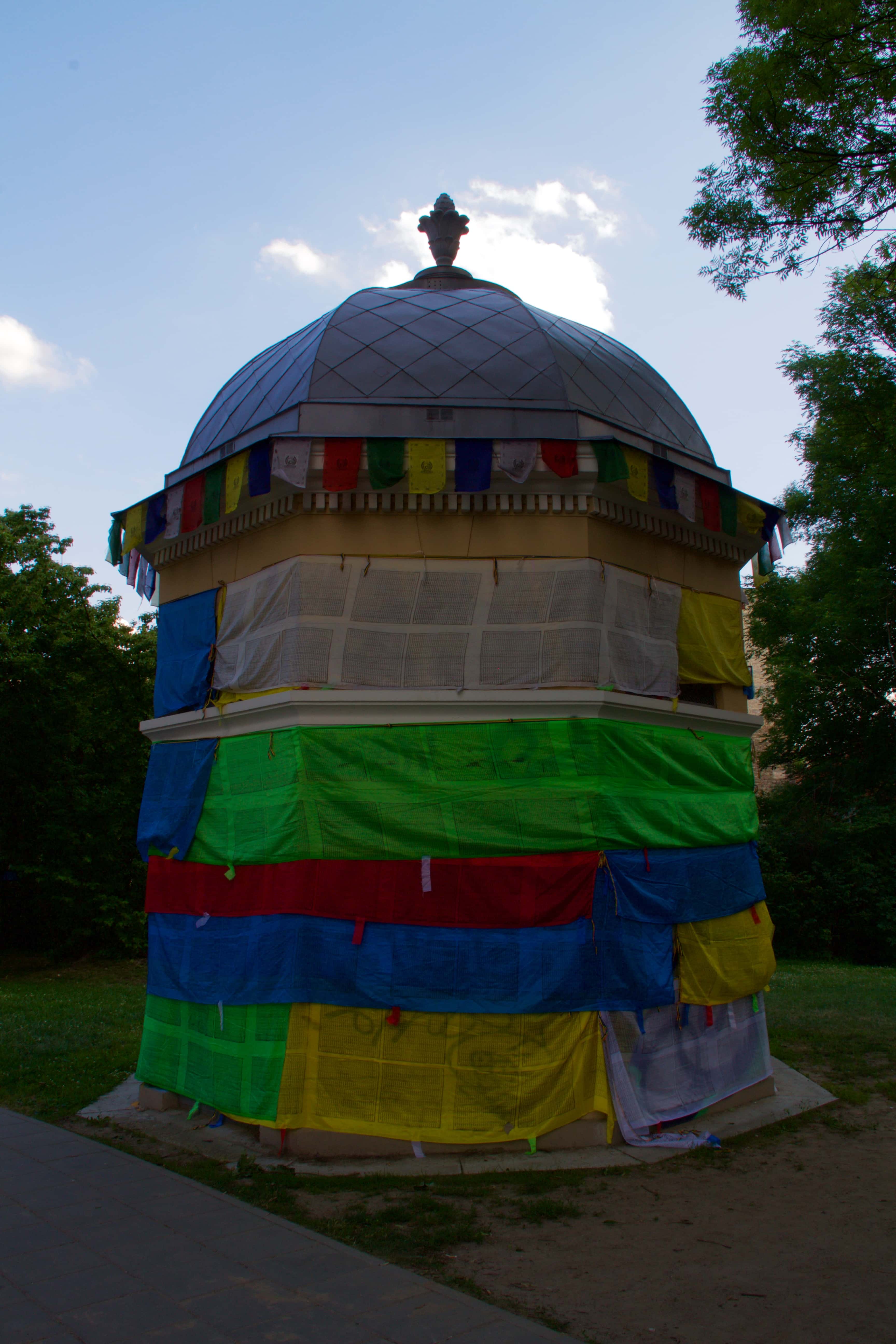 Check out some of Vilnius’ awesome street art! Like this one of Trump and Putin kissing… 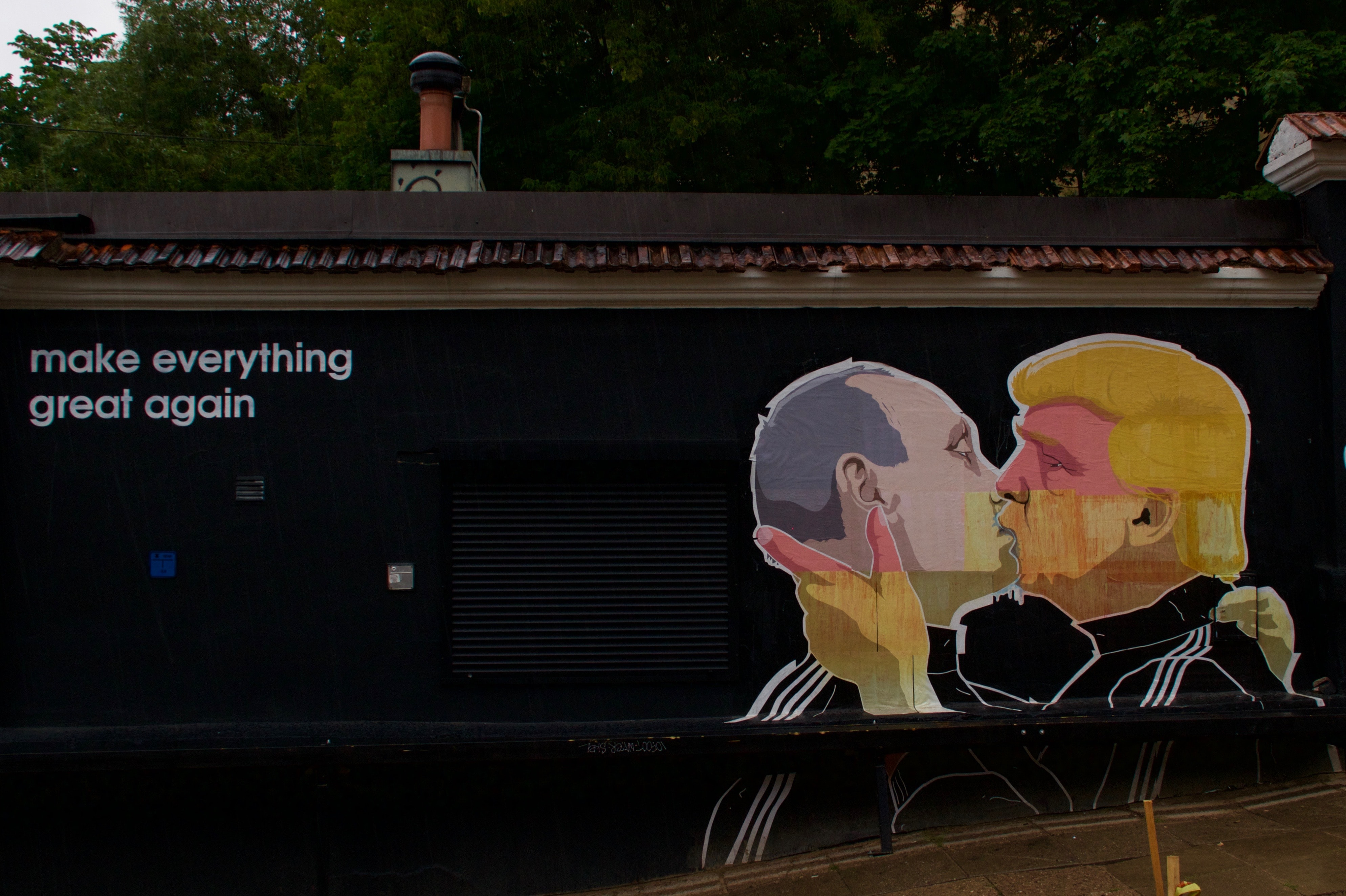 When you’re bouncing around from country to country at a relatively fast gate, it’s always a lovely surprise to find out that you’re staying within walking distance to the main transportation hub. This was the case when we checked ourselves into HostelGate in Vilnius. Less than ten minutes away from the bus and train stations by foot, it allowed us easy access when arriving from Riga and departing to Warsaw. 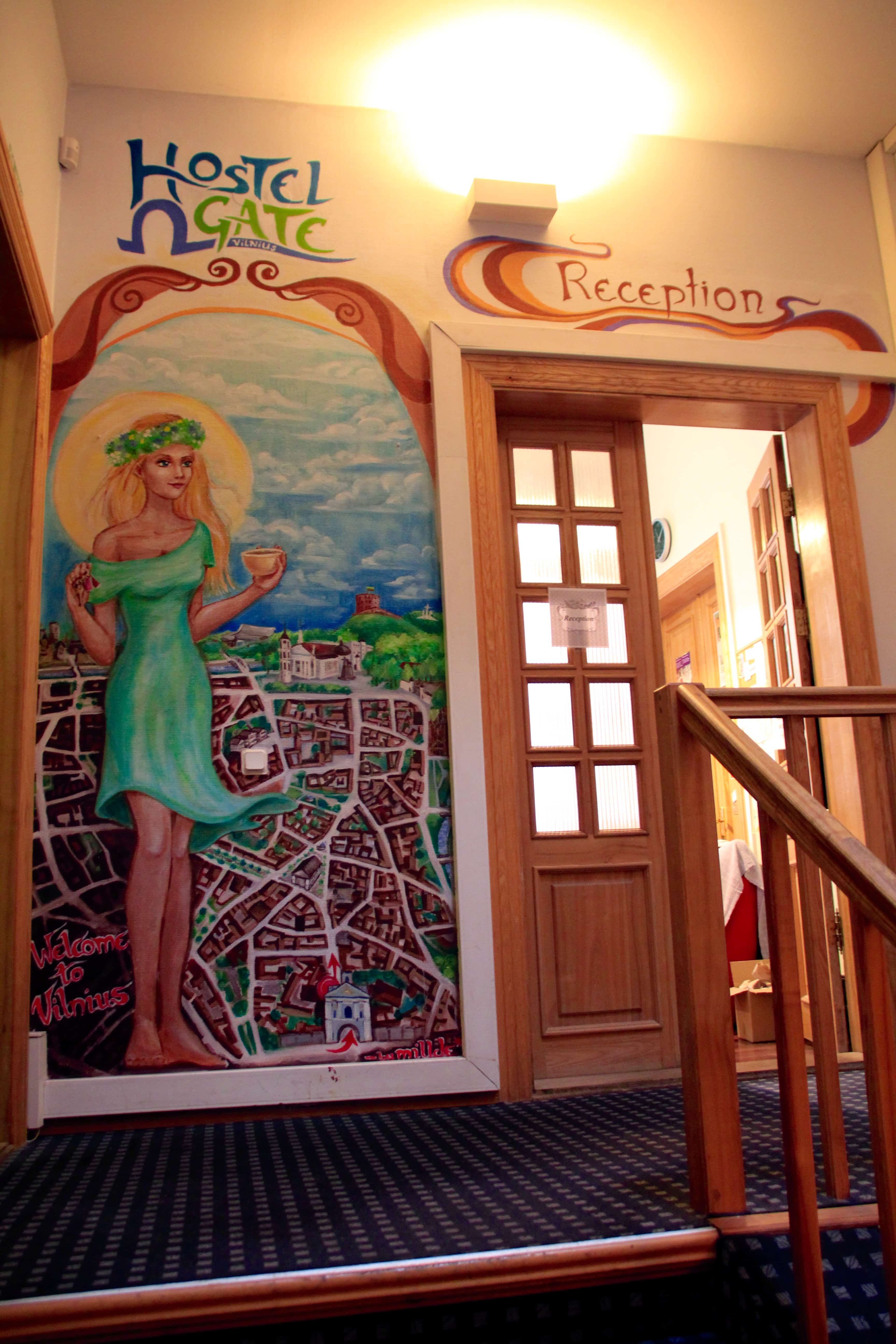 Upon entering HostelGate, the walls are plastered with “hello” written in multiple languages and a nice painting welcoming us to Vilnius. Upon entering the reception area, we were greeted by a very warm staff and taken to our room. The rooms, even the dorm rooms, are quite spacious and don’t feel at all crammed; this is quite a rarity within “dorm life.” Each bed has it’s own locker big enough to ft a large trekkers pack (or small suitcase depending on how you travel), which was greatly appreciated as well. The best part? On a 33 degree day, we were thrilled to find out that the rooms had air conditioning! 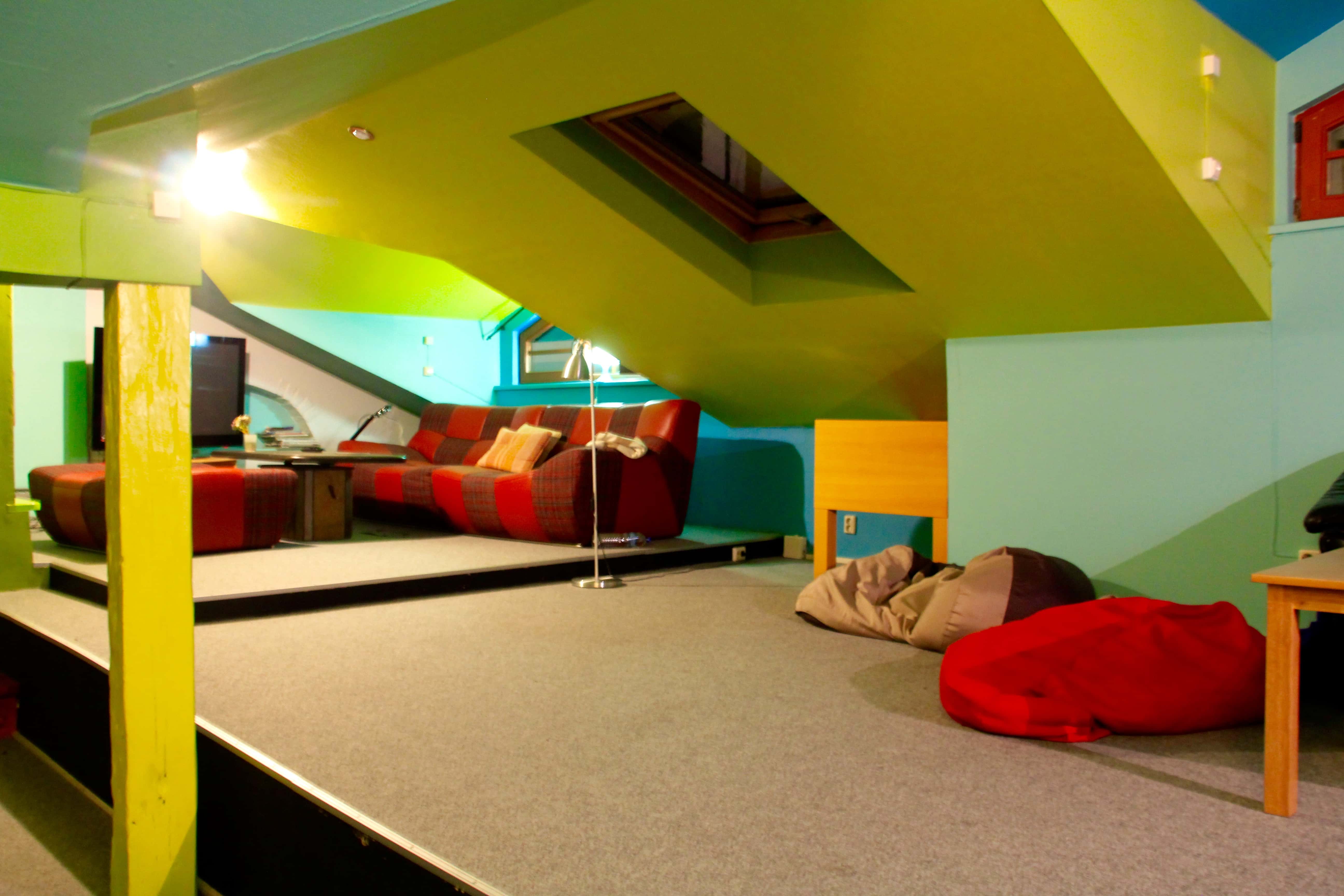 They’ve done great work with the space that they’ve been given. Down the hall of the firs floor, you can find computers for use and a spiral staircase. Walk up the spiral staircase, and you’ll find it opens up into a big common room with a large TV (streaming plenty of movies!) and foosball table. There is also a nice kitchen with everything you could need to cook a real meal, oven and spices included! 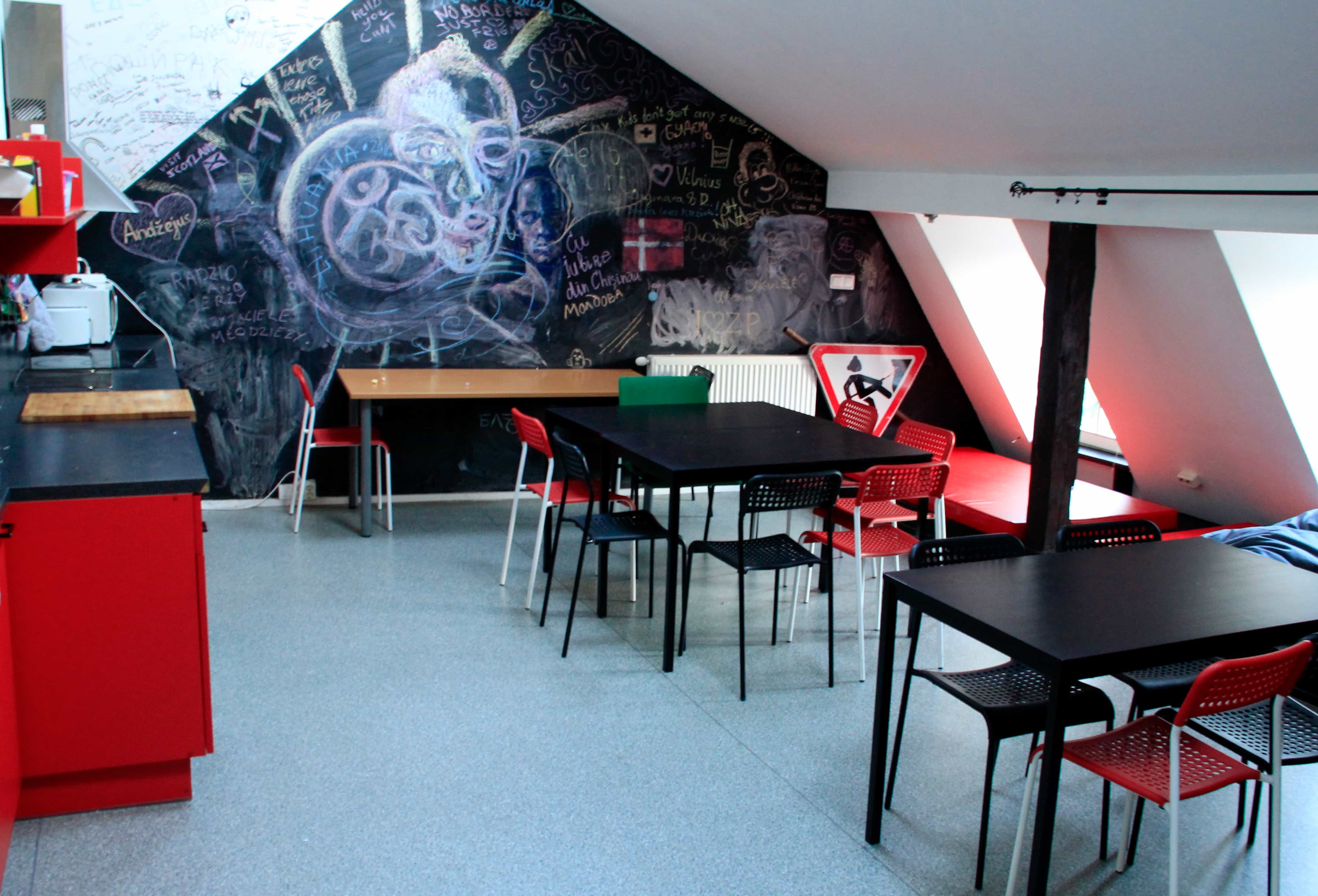 Situated in the Old Town, and within walking distance to every sight worth seeing, I couldn’t recommend HostelGate enough!

Looking for 10 Things to do in Vilnius? 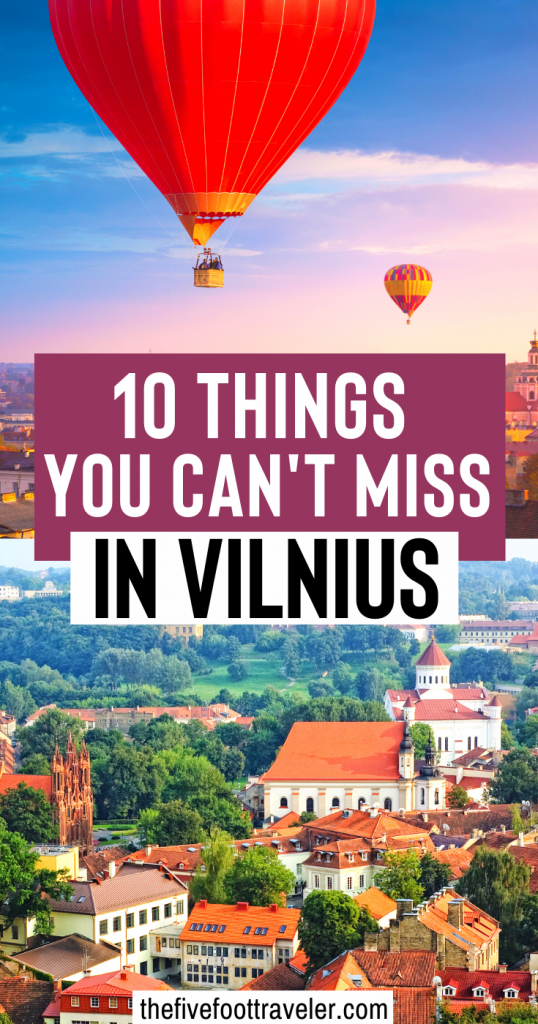